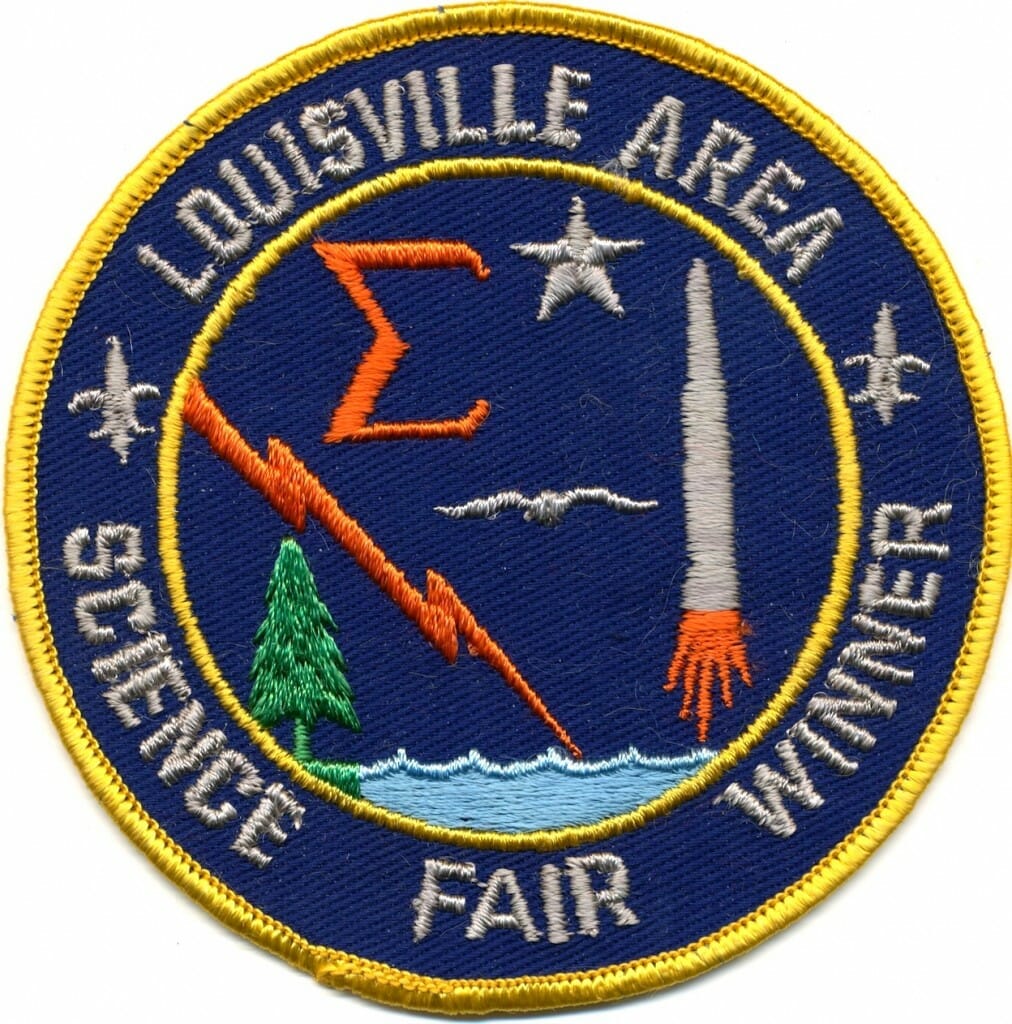 From the archives, here is my father — Edward Roberts, second from right — with two of the science fair winners along with his associates from the Louisville Engineering and Scientific Societies Council, which hosted the science fair. The students featured are Larry Goad of Waggener High School, and David Church. The project shown is Nuclear Magnetic Resonance, and Edward was the science fair director.

The poster below went up near the end of 1966 around Louisville-area high schools: