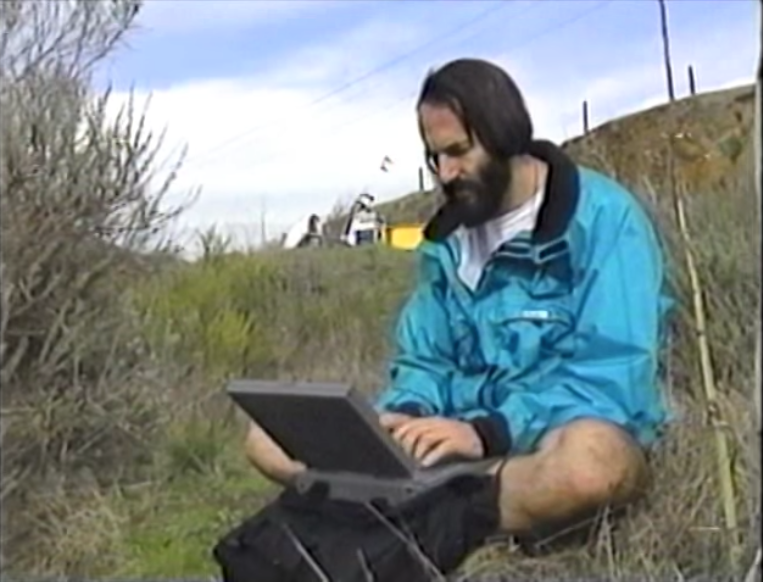 This beautiful piece by Stan Bunger was filmed in Silicon Valley in late 1997, and aired shortly after we moved north to build a lab in the woods of Camano Island. Unlike typical local TV news programs, he took the time to explore the technical aspects of the project, yet framed it with the real driving forces of restless wanderlust and a passion for geek expressionism. Watching it takes me back to the excitement of this phase, and you can see my friend Bob Stuart working on the foam-core deck fabrication.

Stan Bunger was the New Media News Senior Producer for this story. He went on to become Morning Anchor at KCBS Radio and rhythm guitarist in the Eyewitness Blues Band (which is delightful!)