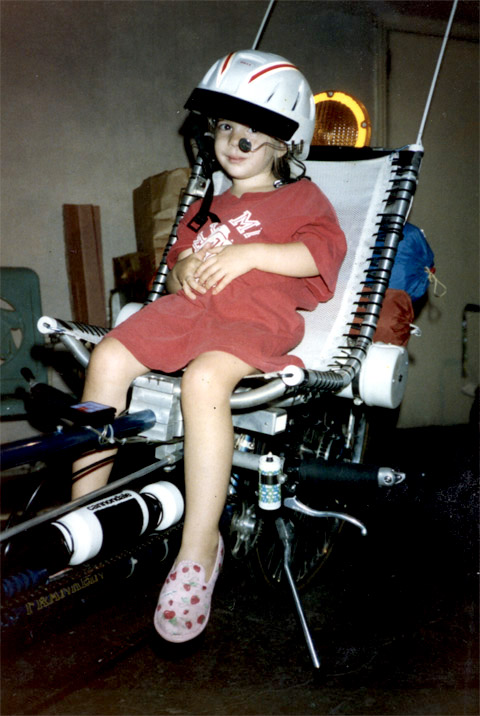 Children begin by loving their parents. After a time they judge them. Rarely, if ever, do they forgive them.
— Oscar Wilde

The three of us sat in the living room.

Amy was exuberant, babbling effervescently and building impressionistic structures with Lego blocks. She looked at me every few seconds to make sure I was paying attention.

I sat cross-legged on the floor beside my little girl. I didn’t really know how to play with her, and I was guilty and self-conscious under mom’s gaze. I made occasional contributions to the construction project in the form of added blocks and suggestions.

Suddenly Amy snuggled against me and asked if I had come back to stay with her forever. I held her and glanced over at Kay, but there would be no support from that quarter: she looked at me as if to say, “Tell her, Steve. Tell your daughter you’d rather ride a bicycle than be with her.”

I nuzzled Amy’s hair. “No, sweetheart, I have to leave soon.”

“I want you to stay here.” She wiggled and hugged. “I love you, Daddy.”

“Why?” She looked up at me, her face perfect and innocent, warm in the soft light of the living room. I had a sudden image of a winter night years before, cuddled with Kay before the antique fireplace of that old Victorian house in Louisville. We had gazed into the flames while sharing popcorn and hot apple cider, drawn together in the warm security of our endless love — the sense of family. Now I awkwardly held my little girl and tried to figure out how to explain the lure of technomadic adventure. They both waited for my reply.

“Honey, I have to travel — I have to… oh, I don’t know how to explain it. I’m riding my bike around the country and writing a book about it.”

“Well, it’s exciting. It’s fun.” I almost launched into a whole explanation of the freedom versus security trade-off, but I was talking to a three-year-old.

She smiled up at me and gave me another hug. “OK. I’m going with you!”

“My bike’s not big enough for both of us, Amy.”

“Then I’ll ride my bike.” She started to cry.

I drew my legs up and wrapped my arms around her, trying to engulf her, trying to draw her into my body. I was very close to losing my calm, and Kay seemed to be looking on with a sort of satisfaction. I could almost hear her saying, “Go ahead, old pal, answer that one.”

“Amy, Amy… I love you.” My brain writhed in pain as images of Amy riding behind me in a bicycle trailer wrestled with images of my dusty Winnebiko abandoned in their garage. Traveling man, family man, wanderer, father… what? I could feel tears wet through my shirt and suddenly remembered the intensity of my own childhood, the potent impact of every loss, the infinite pain of not getting my way. And I grew up in a stable home where the only friction between my parents had been a few loud arguments during menopause.

“No! I’m staying with my daddy!” Her voice bubbled through uncontrollable sobs.

“It’s bedtime. After you get your pajamas on, he’ll read you a story.”

The sobs rose to a scream. “No! Bad mommy!” Kay and I exchanged hopeless looks, drawn together in despair. I stood, lifting Amy in my arms.

“Come on,” I said gently, “I’ll go with you. I haven’t even seen your bedroom yet.” She calmed a bit, and soon the resilience of childhood restored the giggles. Alone with her, I played more freely, and we bounced, cuddled, read, buried each other under mountains of stuffed animals, and at last dozed in a spooning embrace while the 11:00 news trickled in from the front room.

In sleep she pushed me away, and I crept quietly out of the bedroom, only to hurry back a moment later to silence her cries.

Of all the many good-byes and sacrifices, this was the worst. To adults, I could explain and rationalize; to Amy, there were no words that could altfix it — even though we had already split up and lived over a hundred miles apart, visiting only rarely. I lay with her in profound agitation, doubting the trip and recalling all the good times of family. There had been many. I thought about the vegetable garden we had nurtured in Columbus. The darkroom, the tortes, the teasing messages between our computers, the sweet, sweet loving: all gone.

But it wasn’t that easy. Perhaps it could have been, but the weekend still lay ahead. We cruised the museums and the Saturday sights with the sweet illusion of family binding us together, the days blending into a distillation of What Might Have Been.

And again I found myself wondering: Is loneliness the price of freedom? Here bounding along beside me was the very embodiment of home and family; here looking up at me with unadulterated devotion was everything I would leave behind. I struggled with rationalizations, and re-examined the reasons for the trip. They seemed shabby and hollow beside the purity of Amy’s existence.

The weekend became a torment, for the motives that had been driving my actions for half a year were suddenly vague. Freedom, adventure, writing, lust — they all seemed like excuses for running away from Commitment. While Amy beamed at me from a carnival ride, I struggled to remember the purpose of all this, for the certainty that had kept me going all summer was evaporating in the warmth of my daughter’s love.

But then the Robert Plant song wafted over from somebody’s boom box: “There is no turning back, on the run.” I suddenly remembered. The learning, the publishing, the quest for the myriad truths out there, the opening of my spirit to the pulse of humanity… there were good reasons, damn it, lots of them. I set my jaw in resolve, for I knew I would do it. But I was struck by one thing: Despite my idealistic explanation to Elisse, there is no beating the freedom versus security trade-off. You can’t have it all.

Too soon, it was Monday morning, rainy and dark. Amy dressed for school in grim resignation, dragging her feet at every step. Kay got ready for work in silence, scowling when I let Amy stand on the sink to brush her teeth. I felt guilty and awkward, and accepted the upcoming gloomy ride as a well-deserved penance. The cold misery of the day was appropriate and I ached to struggle against bone-chilling wind.

My last memory of the visit is a small wet sad face, pressed against the car window. She held my gaze as they pulled out of the driveway; she held it as they idled at the traffic light. She was distorted by the rain streaking the window, the rain falling between us, the rain in my eyes.

And then the light turned green and they were gone. I was alone again.

Posted in Computing Across America
← The Amazing JourneySnippets of Electronic Romance →