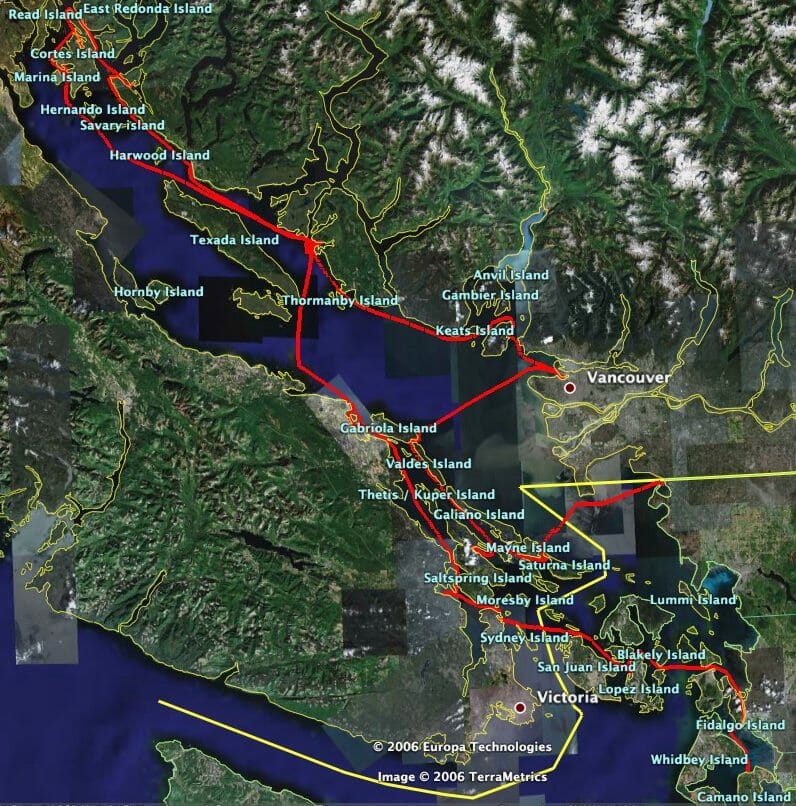 I’m in a familiar state that I’ve known many times over the past 23 years of intermittent adventure: Post-Nomadic Stress Disorder. After the frenetic build-up to departure, the almost surreal month of exploration, and the gradual crystallization of a set of designs that now must be overlaid on the ship, it is almost overwhelming to contemplate the next phase. At the same time, it’s deeply alluring… and I am very glad that I took the time to get to know Nomadness before plunging headlong into what would have been a bunch of misguided attempts to optimize her for adventure.

These things fall into the broad categories of internal accommodations and system design; the boat itself, from a sailing perspective, is already quite well refined and needs only minor tweaks. But the big jobs are related to long-term liveability: creating a useful galley, increasing the sleep space to a practical and non-pain-inducing level, integrating a wrap-around system console into the existing dinette without impacting general usability, and creating a lab space in the laughable “aft stateroom” that will never be otherwise useful for anything but stowage.

With those infrastructure projects complete, the rest lies in the relatively comfortable geek domain… along with a few upgrades and additions to existing fixtures (the new Lavac toilet, for example, is now here and awaiting installation, and a heater is high on the list).

The puzzles I am facing are not so much those related to the boat projects, but to the facilities that will be used to execute them. The default (and doubtless most sensible) is to just stay here on Camano Island where I already have functional workspace, and park Nomadness next to the building on a trailer as originally planned. But it sure is tempting to look at alternative mooring locations where I could also set up a new home base. The problem with that, however, as I have discovered a few times, is that a move of that scale is insanely expensive and time-consuming (and a rather big commitment). Even though departure from here is a given, the question of timing is non-trivial.

The current plan is to open up the space around my lab (getting rid of a few “danger trees” in the process… a dead fir just keeled over 2 nights ago and did significant damage to my metal roof), park the boat and a 40-foot insulated container nearby, and spend the winter geeking out the former and compressing my facilities into the latter so it can be repositioned anywhere on the globe. It looks like a cross-country trip is in the offing, and other changes are in the air, so the next few months should be colorful! I will of course report here, in addition to posting tech articles about the boat projects along with my usual ephemeral updates about this ‘n that.

I’ll close with a reference to the image at the top of this page… the 2008 wanderings aboard Nomadness. Every second on board was captured with the GPS datalogger, and its KML files were opened in Google Earth.