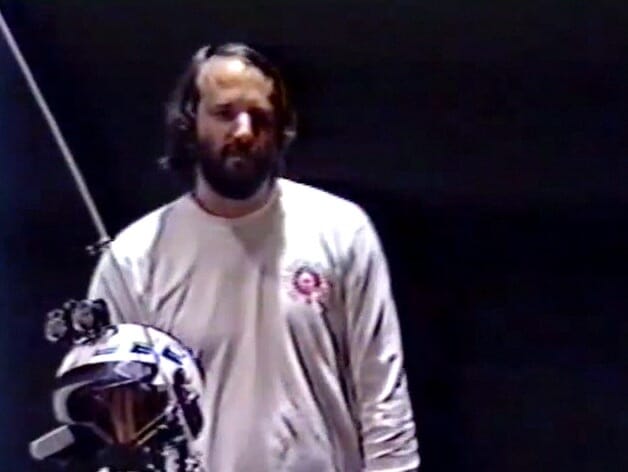 This is a recurring theme of my technomadics… playing with machines that opened amazing doors. It was almost dizzying, during three successive days in 1992, to speak at BBN, Thinking Machines, and MIT Media Lab.

BBN (originally Bolt, Beranek and Newman and now part of Raytheon) was best known in the olden days for developing the packet switching technology behind Arpanet as well as this Internet we take for granted. You can read more about them here.

Speaking there was a hoot, as you might imagine… BBN was a hotbed of übergeekery, and with an audience like that, I didn’t have to translate at all. Technical details and humor came fast and furious, and the audience was very responsive.

A Guest Lecture with BEHEMOTH at BBN
Cambridge, Massachusetts
July 15, 1992

Internal BBN flyer about the event

In 1983 Steve Roberts (then 30) decided that doing something that was no longer fun in order to pay for something he didn’t really want was not a very effective way to live. The solution? He listed his passions and combined them into a lifestyle: computers, networking, ham radio, bicycling, adventure, romance, high-tech electronics, and learning. For 9 years he has traveled aboard a human-powered mobile office — first the Winnebiko, now BEHEMOTH (for Big Electronic Human-Energized Machine. . . Only Too Heavy) — writing books and articles about both the adventure and the technology that has made it possible. Roberts will demonstrate BEHEMOTH, his $1.2 million, 105-speed, 580-pound bicycle. The machine is equipped with SPARC, Mac, and DOS environments, a heads-up display, a direct internet link via satellite, cellular modem and fax, handlebar keyboard, HF/VHF/UHF/packet/ATV ham station, GPS satellite navigation, 644 megabytes of hard disk, and much more. The project has been heavily supported by industry, with over 140 corporate sponsors and about 45 volunteers. His talk will cover the on-board technology, experiences on the road, networking issues, new connectivity models . . . and hints of his next machine.