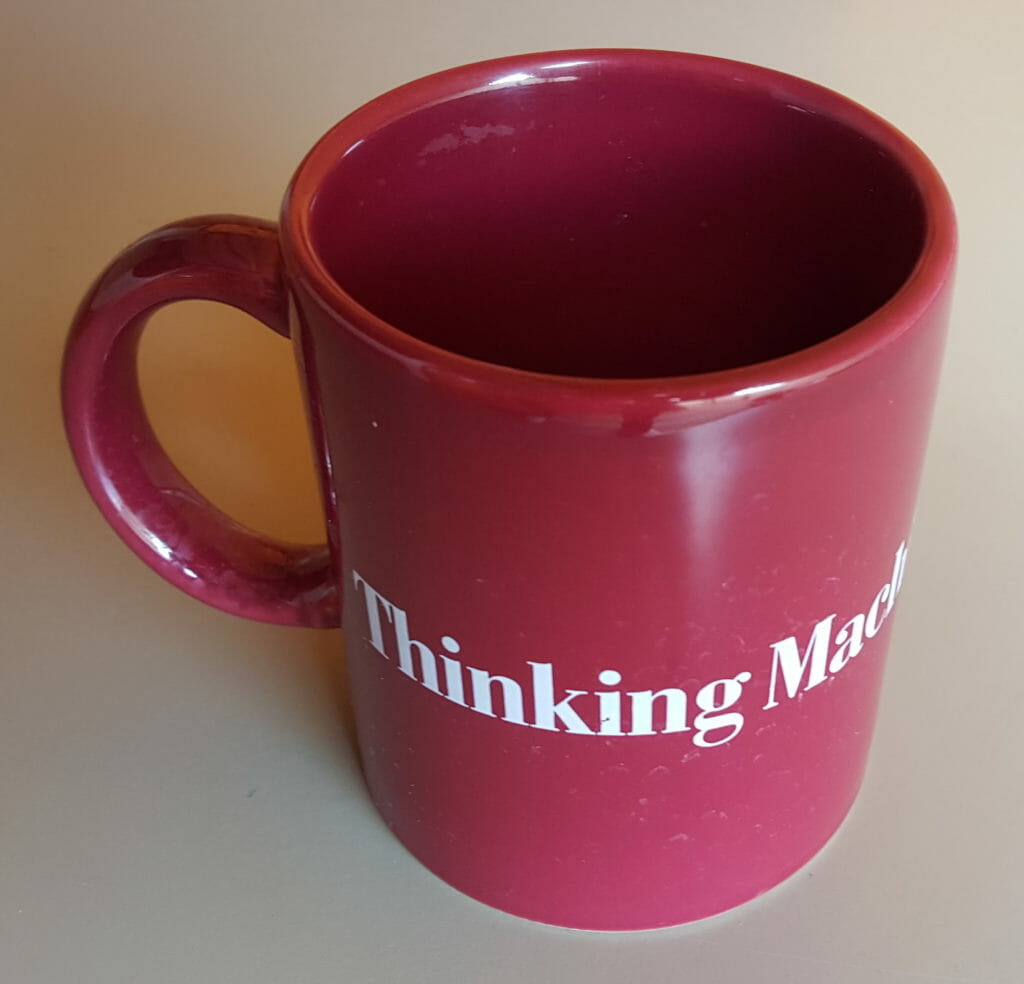 What a playground… I had the real pleasure of spending an afternoon at Thinking Machines, getting graphics demos from Karl Sims, and meeting a dizzying array of luminaries. After BBN the day before, with MIT Media Lab the day after, I was getting seriously tempted to land in Boston and start the Microship project there. As I had learned from BEHEMOTH (in the Bikelab hosted by Sun Microsystems), the project culture is the most important thing of all.

I still have that coffee mug from Think.com, as well as a Connection Machine T-Shirt. Good memories of a summer day in Cambridge…

In 1983, author and consultant Steve Roberts (then 30) decided that doing something that was no longer fun in order to pay for something he didn’t really want was not a very effective way to live. The solution? He listed his passions and combined them into a lifestyle: computers, networking, ham radio, bicycling, adventure, romance, high-tech electronics, and learning.

For 9 years he has traveled aboard a human-powered mobile office — first the Winnebiko, now BEHEMOTH — writing books and articles about both the adventure and the technology that has made it possible. Roberts will demonstrate BEHEMOTH, his $1.2 million, 105-speed, 580-pound bicycle. The machine is equipped with SPARC, Mac, and DOS environments, a heads-up display, a direct internet link via satellite, cellular modem and fax, handlebar keyboard, HF/VHF/UHF/packet/ATV ham station, GPS satellite navigation, 644 megabytes of hard disk, and much more. The project has been heavily supported by industry, with over 140 corporate sponsors and about 45 volunteers. His talk will cover the on-board technology, experiences on the road, networking issues, new connectivity models . . . and hints of his next machine.

He will speak of the adventure, its motives, the technology that makes it possible, and other related issues… taking questions for the last 50-60% of the time available.

BEHEMOTH (the recumbent UNIXcycle) will be there.

I remember mentioning to the audience that the upcoming Microship project, still just a fantasy, was going to be based on kayak hulls. “Why not a canoe?” someone asked.

“Because Canoe’s Not Unix.”

But years later, that question would prove to have been prophetic, as the Microship center hull was a 19-foot Kevlar canoe (The Wenonah Odyssey)