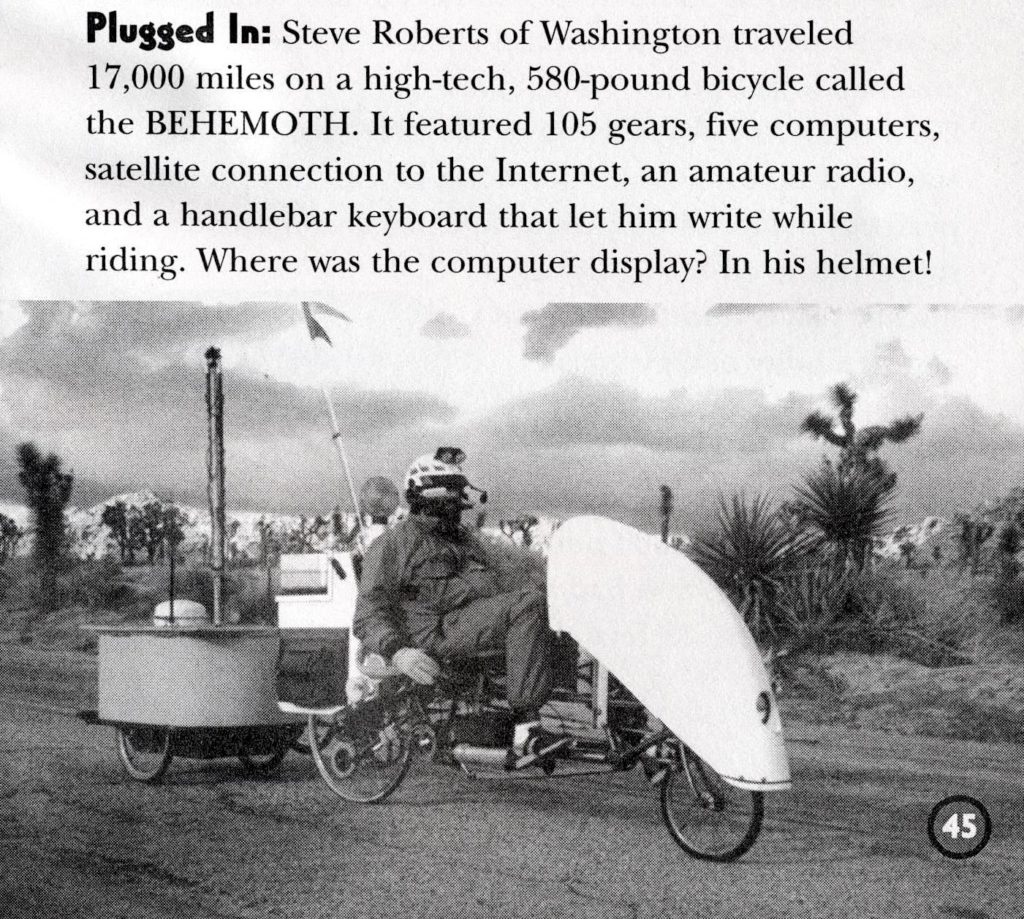 This short snippet appeared in the Gadgets book of the Ripley’s World’s Weirdest series (by Mary Packard, Scholastic Paperbacks, October 1, 2002). I am honored to share page 45 with Dean Kamen, whom I had the pleasure of meeting at the ACM1 expo a few years ago.

During BEHEMOTH development, we had a code term for a key component in the design aesthetic. It was essential to incorporate both art and engineering, of course, but we kept a close eye on what my mechanical engineering übergeek friend David Berkstresser dubbed “Weirdness Quotient.” This is more subtle than it sounds, since gratuitous WQ backfires… weirdness for the sake of weirdness has no place in an elegant solution. This metric appeared in our design documents as part of the specs, and years later, when the bike visited trade shows and conferences, that paid off in the grins of appreciation from geeky cognoscenti.

Steve Roberts of Washington traveled 17,000 miles on a high-tech, 580-pound bicycle called the BEHEMOTH. It featured 105 gears, five computers, satellite connection to the Internet, an amateur radio, and a handlebar keyboard that let him write while riding. Where was the computer display? In his helmet!