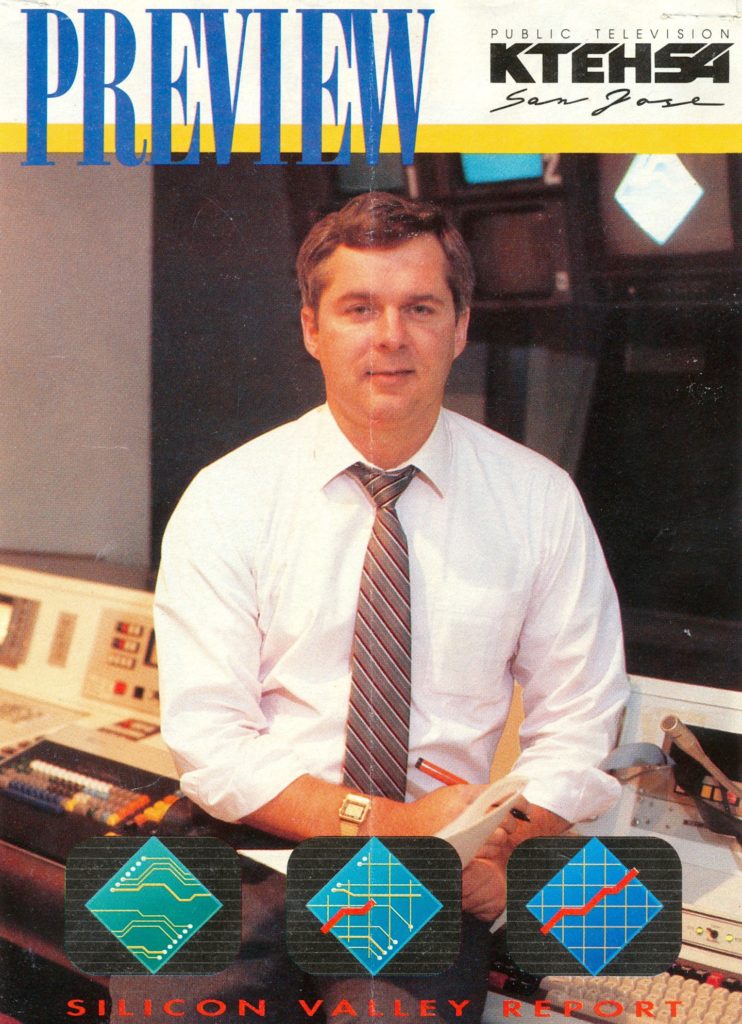 During the heyday of BEHEMOTH, taking off from Silicon Valley in 1991 after an intense 3-year project, I made some interesting media contacts in addition to my own publication projects. I never actually filed any reports from the field for this new series produced John Crump, though we did do an excellent and thoughtful interview that is embedded here. The filming took place on and around the Sun Microsystems campus, including my lab in building MTV-4.

I include the announcement here for historical context (not just my own, but the state of mainstream media coverage of the Silicon Valley technology scene). The bit of text about me is included below; the rest is readable by clicking the scan for full-size version:

… One reporter already signed to join the series in late spring or early summer is high-tech nomad Steve Roberts. Described by Crump as a “high-tech Charles Kurault,” Roberts has made news of his own for the gadget-laden recumbent bicycle he has pedaled around the country. He is expected to file stories from the field on a journey across America, reporting on grassroots inventors and designers, what Crump calls “garage tech.”