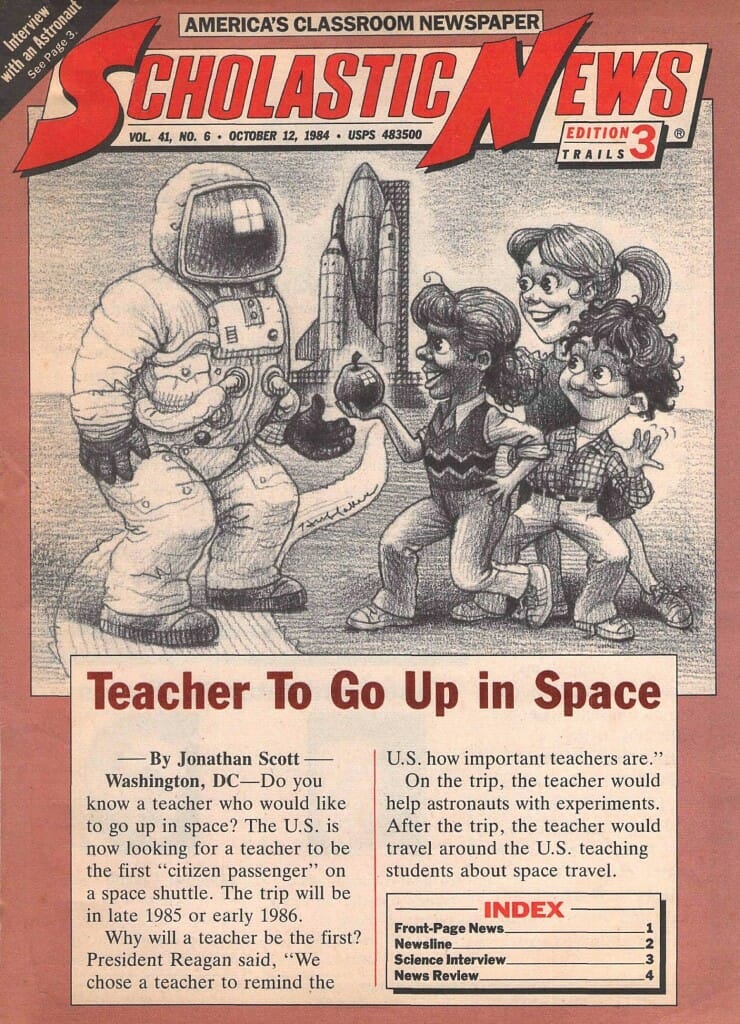 Occasionally I rubbed elbows with the education community, and this little story triggered a few inquiries from teachers. I’m saddened by the front-page article about NASA’s quest for a teacher to fly on the Shuttle. Christa McAuliffe became that person, and was killed in the Challenger disaster on January 28, 1986.

Judging by the dateline on my story, I was at the Hostel in the Forest at the time of my initial contact with the magazine, a year earlier… by October of 1984, I was heading southwest from Colorado. While in Brunswick, I spoke to a packed classroom that included the kids of my host there; that may have been what triggered this connection with Scholastic News.

Brunswick, Georgia— This is one stop on a 16,000-mile journey for Steve Roberts. He is traveling across the U.S.—up to 70 miles per day—on his bicycle. People have done that before, so what’s the big deal?

The big deal about this trip is that Roberts has an unusual passenger with him. It isn’t a person, or even an animal. It is a computer!

“I’ve got an office on a bicycle, and it works,” says Roberts. He uses a computer to write.

Roberts is writing a book and some magazine articles about his trip.

He sends the words he writes on his computer to his publisher’s computer.

How is the trip going? Even though Roberts gets wet sometimes, he’s having a great time!