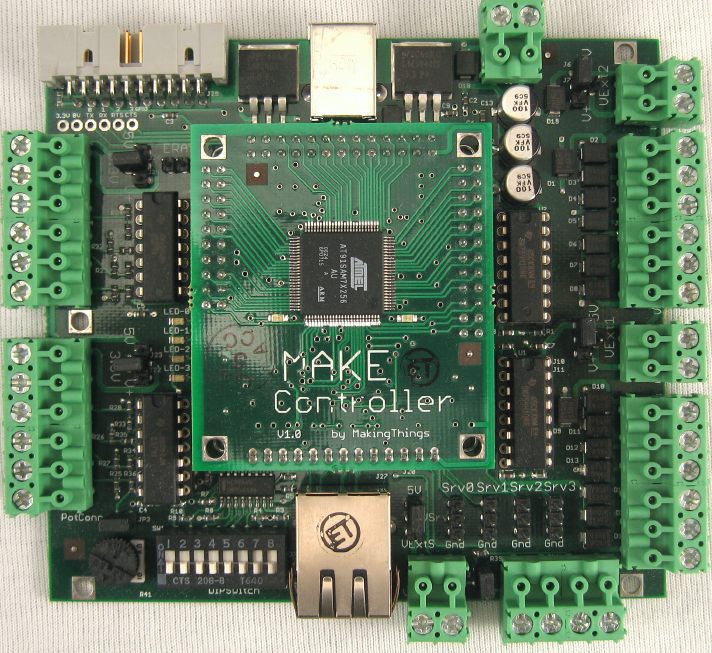 Now that Nomadness is parked in a yacht club slip for the winter (with a Spring deadline to vacate since I’m on the reciprocal dock), there is a kind of clarity that is unfamiliar around here: an actual deadline.

Specifically, I have about 4-5 months to do whatever I need to do that requires dockside facilities like shore power and easy access, including contractors. This means that the hard projects need to get done first, and it’s a challenge to keep tearing my mind away from seductive linux boxes with USB-connected I/O and integral web servers… even though I’m already partly there with an on-board EVDO router and Axis webcam. Yes, the boat has a net connection, and is my wireless access point when I go aboard. 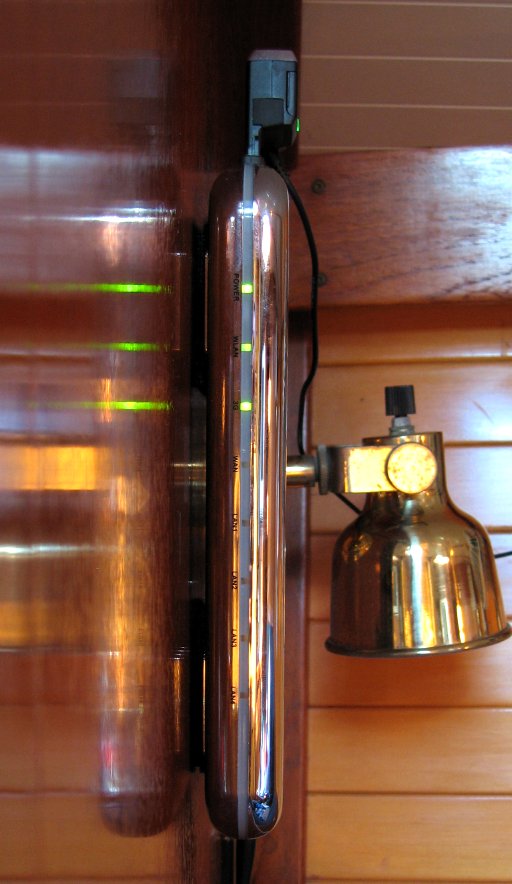 The link is via Sprint EVDO flat-rate unlimited service, with an on-board Wi-Fi router and an external marine dual-band cellular antenna driven by a 3-watt amplifier. The EVDO card can pop out of the router and into my Mac for mobile use, and I was able to watch YouTube vids while driving up I-5 (I was the passenger). Performance is roughly DSL speed. Here are the major parts (with links removed, as times have changed):

So that should take care of the basic coastal net connection, augmented at one extreme by my Linksys WET-11 and Radiolabs yagi when close to a (faster) Wi-Fi hotspot, and at the other by the Icom M802 marine SSB radio with PACTOR modem for Sailmail… with emergency backup in the form of pricey voice/data access via satellite.

Still, that is not urgent right now (except when I’m on board and really need to snag a PDF of something, or peek from home at the webcam during a windstorm to make sure the view out the pilothouse window hasn’t changed too much). What is more critical at this stage is the suite of mechanical projects that involve making messes and dragging lots of tools back and forth. Among other things, this project category includes installation of the new Katadyn 40E watermaker to replace the long-dead one that came with the boat, building and populating the communication console at the original nav station desk, installing the Little Cod wood stove so I’m not tied to Big Oil for basic survival heat, replacing a sick Robertson AP100 autopilot with something that works, setting up the davits to support the 10′ Navigator dinghy, installing the Outback MX60 solar charge controller and the initial PV modules, installing a few more antennas on the radar arch, swapping out a perfectly good demand water heater with one fired by piezoelectric igniter instead of pilot light (damn insurance rules), taking care of a few minor fixes, and doing the initial provisioning. 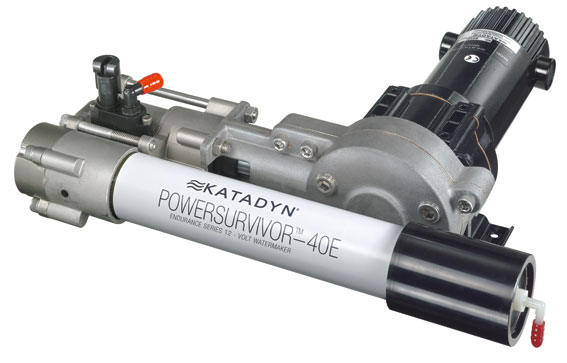 Meanwhile, of course, I continue to lay the groundwork for the geeky bits… mostly associated with the embedded system that takes care of data collection and security, bringing all the “data points” around the ship into a coherent user interface. That machine, echoing a much earlier project spawned during the Microship era, will be known as Datawake.

The current design interfaces with the boat via a collection of USB I/O widgets beginning with a couple of low-end National Instrument 6008 USB data acquisition modules (2 of them at the moment). These live on a USB hub, and connect to a nanoITX box running one of the small Linux installs like DSL that can be contained in a compact flash card or other non-rotating media. Ned Konz has written a Ruby module that interfaces the corresponding drivers with a web server, and from there it’s just a matter of HTML and simple coding to present any of the data in the form of a web page. There will likely also be an “always-on” microcontroller that draws almost no power, taking care of security and watchman duties… probably the MAKE Controller that has been sitting here for almost a year, awaiting its destiny.

The Linux box itself is Ethernetted to the boat’s router, along with the other major network components (the 4-port video server, the stand-alone camera, and the embedded Mac Mini that is the main ship computer for comm/nav/writing/etceterizing. Laptops talk to all this via wireless LAN, and the outside world gets to it, with authentication, via a dynamic DNS service and explicit port addressing. A land-based server will mirror a version for public consumption so that the boat’s EVDO link doesn’t get hammered when Dugg or Slashdotted.

The other major system on board is Shacktopus, a project that has been on hold ever since I had to dash off to Kentucky in 2005 to shut down the old homestead. This is heavily communications oriented, and is a layer atop the radio and telemetry gear (and well integrated with Datawake, of course). Among other things, this is what will handle voice/DTMF interaction with the boat via my backpack radio, as well as bringing the whole suite of comm tools into a consistent user interface, snag net connections and move mail in the background, and otherwise tie things together. Given the close coupling between the two toolsets, they will most likely live in the same cheap, low-power hardware environment… it’s not like we’re hurting for clock cycles!

That’s all seductive and consistent with the decades of work leading up to this, but the immediate projects are more pedestrian, involving plumbing, wiring, purchasing, and reverse engineering what’s already in place. (To that end, I just picked up a Brady ID Pal labeling tool, which is particularly good at making wrap-around cloth labels for wires… it’s a jungle in there!)

While all this is going on, now that the clock is ticking more loudly and I actually have a boat that can take me offshore, I’ve been cranking up the tonnage-reduction. There is an endlessly amusing variety of stuff that really needs to find new homes, and it’s obviously not all going to fit in here: 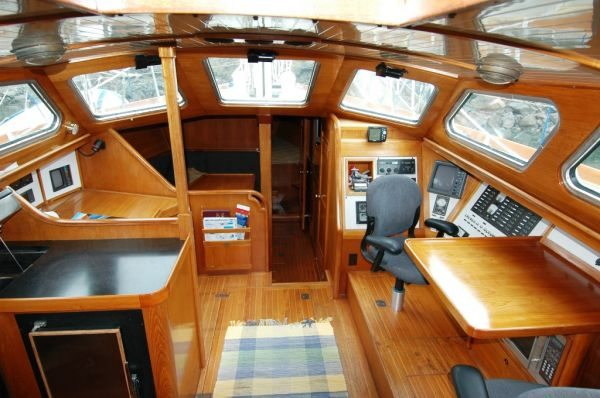 Posted in Nomadness blog
← A Touch of NewmadnessStandards and Simplicity →