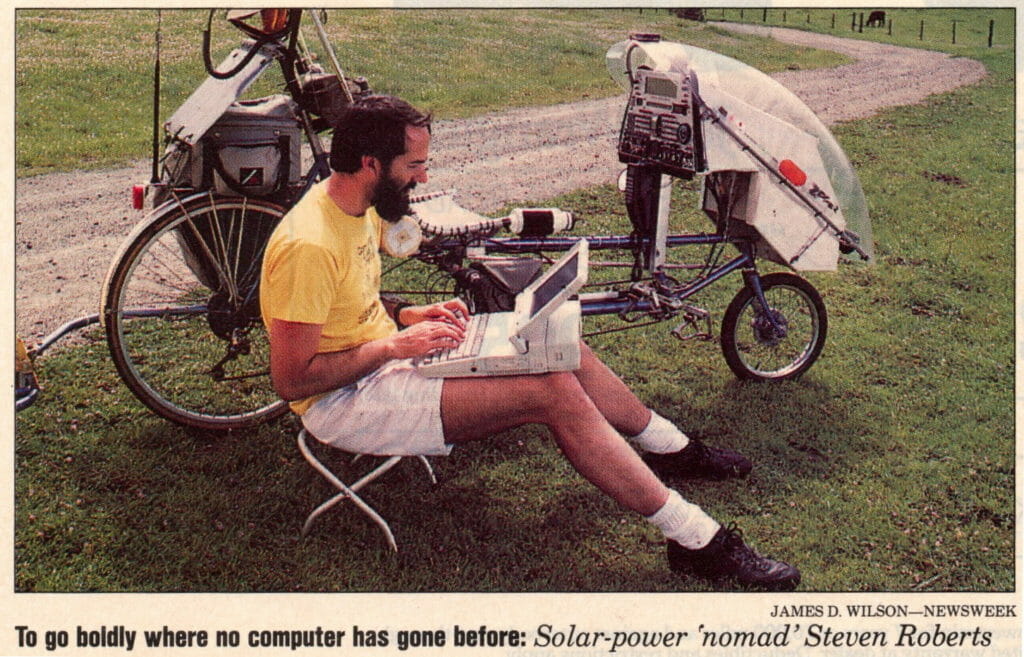 By 1989, the idea of escaping the office and working at home was becoming quite the meme, sparking articles like this one in mainstream publications. I’m only including the text of the small part that discusses my bike, as well as the photo above (click page images to read full article).

Where can this mania for portable power lead? In the case of Steven Roberts, it leads to the open road. The self-proclaimed “high-tech nomad” has logged 16,000 miles on his “Winnebiko,” a bicycle with solar-powered computers and communication devices that allow him to write a book and do research in databases for clients as he travels. He even built a keyboard of sorts into his handlebars so he can type while he pedals. Roberts keeps his ties to the world with a ham radio and cellular phones, as well as a fax and a computer modem; he can also bounce signals off satellites with a portable unit. Though some may think he’s wandered into the techno-twilight zone, Roberts expects businessmen will someday follow his lead. Roberts imagines they will say, “If he can do that on a bicycle, I can certainly do that in my BMW.”