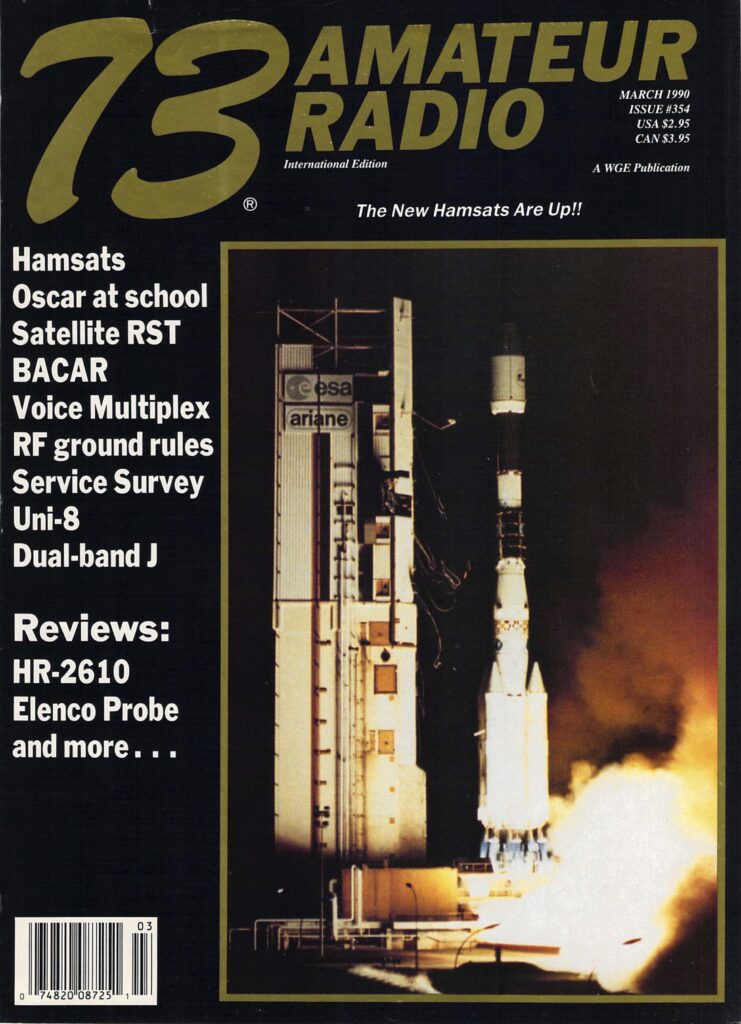 This is my short review in 73 Magazine about a little book from the iconic Bob Heil, K9EID, packed with useful ideas and mini-essays about amateur radio. I was a columnist for the magazine at the time, writing about the bicycle projects, and every now and then would review a book or product for my fellow hams.

A commonly lamented trend among hams these days is the tendency toward appliance operation and a poor understanding of the underlying technology. I’ve heard people arguing over the air about what time it is in UTC, asking how to read resistor color codes, and wondering why an antenna doesn’t seem to work even though the SWR is low.

But there are, and always will be, a hard-core cadre of technoid, creative, tinkering hams — those whose shacks are overflowing with home-brew projects, who wouldn’t even consider buying a dipole antenna kit, and whose fingers know the burn of a hot soldering iron at midnight when success is so close that thoughts of bed are absurd.

K9EID is one of these. You may know Bob as the brains behind Heil Sound, a source of excellent audio gear for hams and professional recording artists, 10 meter FM conversion kits, and various other devices.

Bob’s book, Heil Ham Radio Handbook, is not quite what its name implies. It’s not a carefully organized reference book like the annual ARRL tome. But it’s one of the richest resources of clever ideas I’ve seen in a long time, 165 loosely organized pages that cover subjects ranging from rampant liddism to remote base design. The chapters on antennas are especially useful, presenting all sorts of interesting variations that never quite make it into the mainstream reference books.

Throughout, Heil espouses one of the basic tenets of amateur radio: roll your own! He shows how simple it is to throw together logic probes, tuners, yagis, filters, chassis, and so on, topping it all off with a chapter of 37 quickie circuit designs that apply to various aspects of hamming.

The book’s informal, practical approach is anything but polished. Indeed, it’s rife with misspellings and other editorial glitches, but somehow that makes you want to put on some old clothes and go build something. This is one of those books that will end up looking creased and dirty, its pages folded and scribbled from marathon project sessions. As it should be.

There’s no pleasure in ham radio quite like building something from scratch and putting it to use. The Heil Ham Radio Handbook is a good demystifying beginner’s guide as well as a handy reference to design ideas that workbench veterans may never have considered.

Either way. it’s a worthwhile addition to your shack library… especially if you like fast, uncluttered answers to your electronic questions.