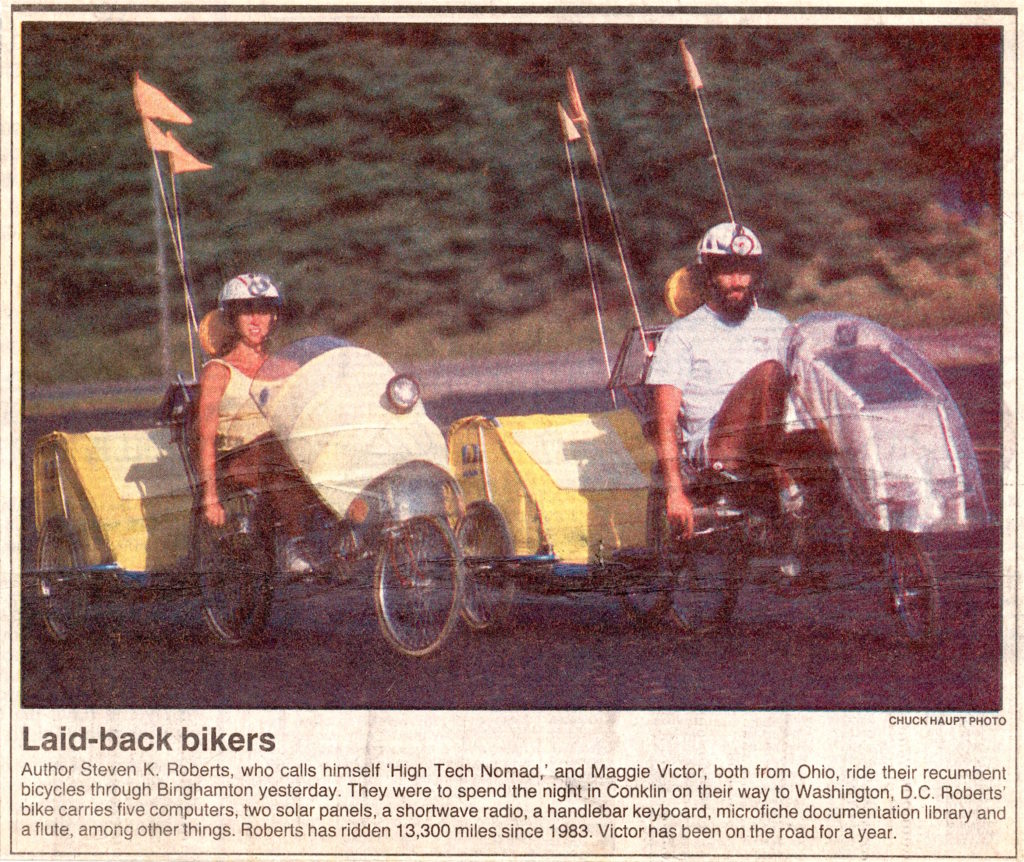 Author Steven K. Roberts, who calls himself “High Tech Nomad,” and Maggie Victor, both from Ohio, ride their recumbent bicycles through Binghamton yesterday. They were to spend the night in Conklin on their way to Washington, DC. Roberts’ bike carries five computers, two solar panels, a shortwave radio, a handlebar keyboard, microfiche documentation library and a flute, among other things. Roberts has ridden 13,300 miles since 1983. Victor has been on the road for a year.