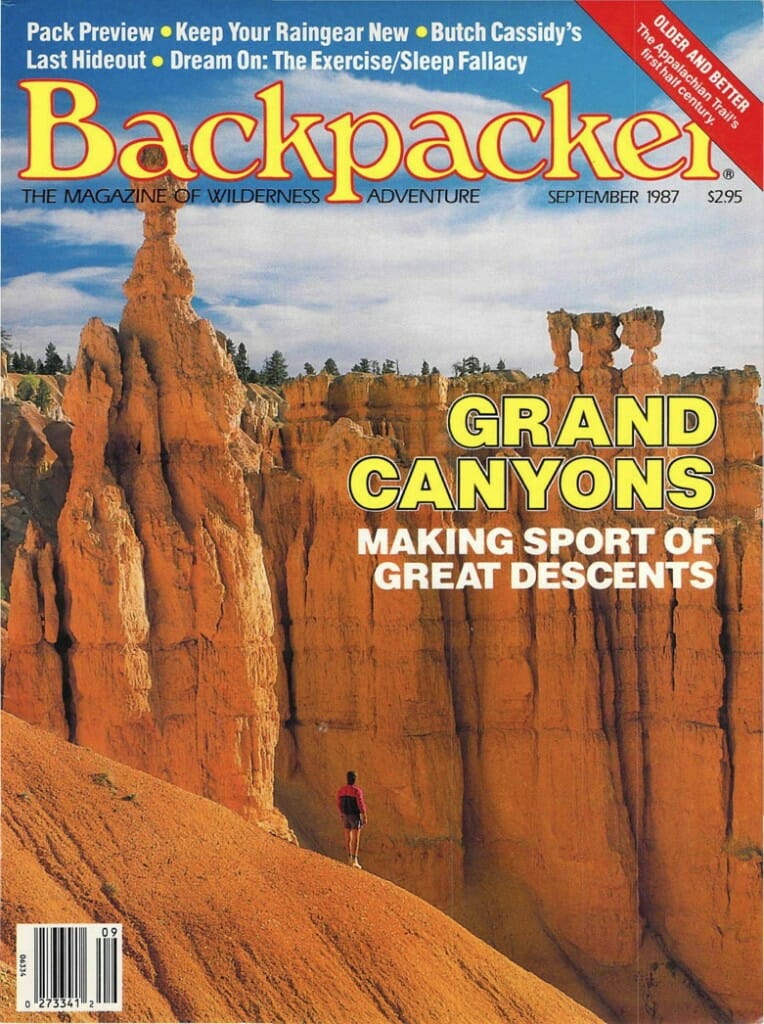 This short piece appeared during the Winnebiko II epoch, though that photo was taken on Bainbridge Island in 1986 before proper fabric side panels rendered the console waterproof.

The idea for Roberts’ dream machine started three years ago when he got tired of being a house-bound freelance writer. Bitten by the biking bug, he decided to take his job on the road.

It wasn’t as idyllic as he’d expected. “I was riding all day, with all these stories in my head, but by nightfall, I was too tired or busy to write,” he explained.

There had to be a solution. Putting his technical know-how to work Roberts figured out that by pressing four keys on each of the bike’s two handlebar grips in various combinations he could create all the characters found on a typewriter. Done: He could ride and write simultaneously.

But that was just the start. By the time he was finished, his custom craft had turned into an RV on two wheels. His solar-powered accessories allow him to play tunes, dictate, watch soaps (?), and chat with folks from around the world. The bike’s even got a built-in security system with voice synthesizer that tells anyone coming near, “Please don’t touch me.” Roberts should be heading your way soon — if he hasn’t already been there. And wherever he is, you can bet he’ll be “on the road and on-line.”