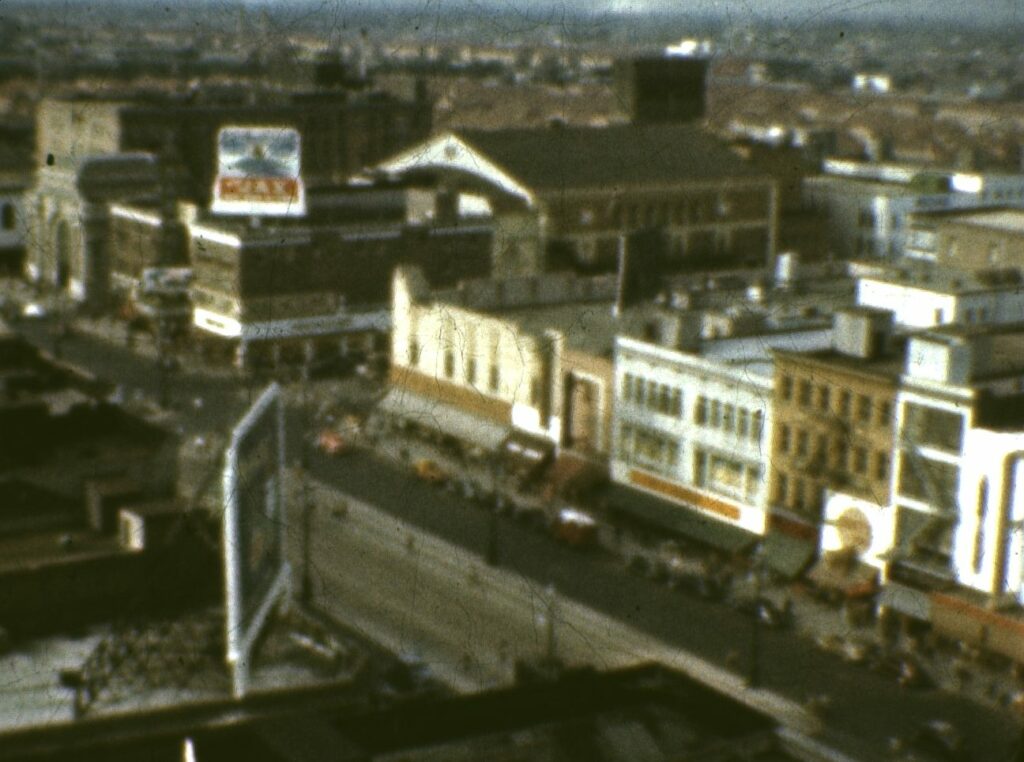 My father traveled extensively, always carrying his 8mm movie camera. I have inherited a mountain of film, and have been gradually digitizing the footage… often sharing it with historical communities. Here are the two short videos from those adventures, combined into a single archive post.

The New Orleans trip was in December, 1945… documented with about two and a half minutes of home movie footage. I digitized and stabilized this in 2020, and it’s beautiful… World War 2 had recently ended, and there was a huge “Merry American Christmas” sign across from Roosevelt Hotel, featuring a savings bond. There are lots of old cars, readable signs, an opening scene in the Quarter, pans over the city, a drive across the river, and glimpses of neighborhoods. There is another bit of city footage near the end (not sure where it is), then it closes with the Humming Bird train pulling into the L&N Station at the foot of Canal Street.

The next 2.5-minute film is from his visit to St. Paul in mid-1946, dropping in on Northwestern Stamp Works on behalf of GE Erie Works (where he was a mechanical engineer). After some bouncy shots out the bus window at the beginning, we see a riverboat and a nice shot of the Union Pacific bridge… then close with a long pan ending at the Cathedral of St. Paul.