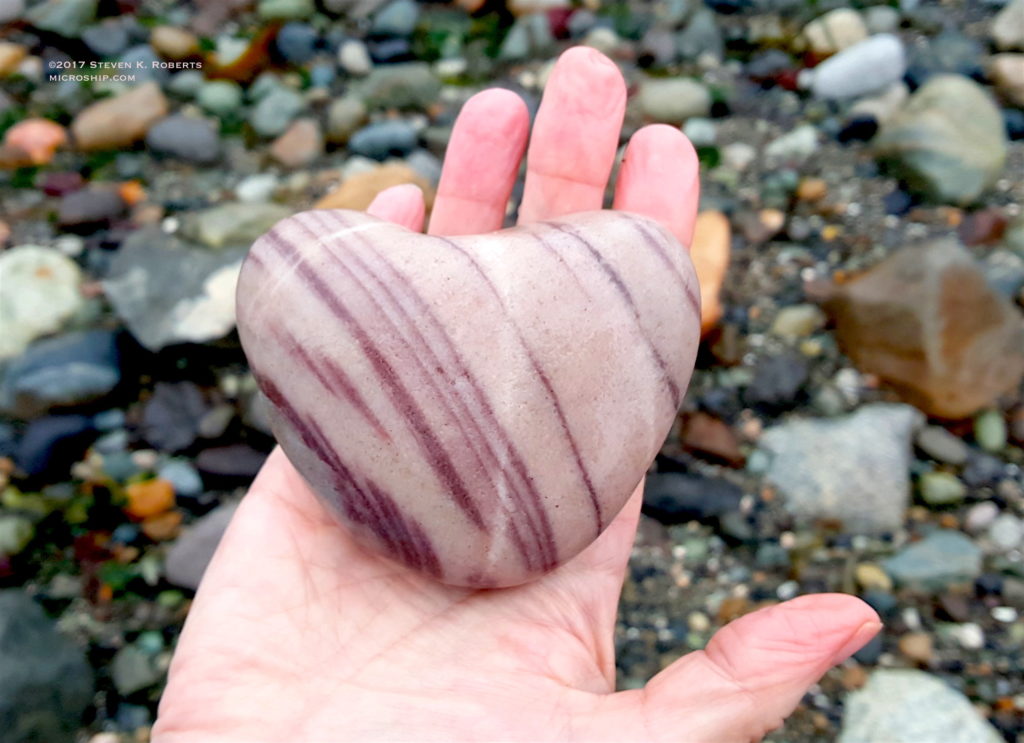 And the road, like a woman, lies down before him.
— Nancy Johnson, “Ballad of Spooner,” Mellow Lady

Security vs Freedom
Commitment vs Change
Love vs Wanderlust

Must those be forever mutually exclusive? Freedom and security, freedom and security — the dilemma keeps resurfacing like the accusing finger of that corpse in Deliverance. My journey has cast these two basic human needs into clear opposition.

It struck me sharply that February in Gainesville: with the exception of those rare Barbara-like encounters in which the Road is fully accepted, I was destined to either break hearts or remain lonely myself — a painful choice indeed.

But this lifestyle is so seductive! It’s everyman’s fantasy come true; few, if pressed, could deny it. After I learned to slow down and take my time, the loneliness that tormented me in the East became a memory…

I roll into town and meet her. You know, Her. Right away there’s the spark, the sweet surprise of mutual recognition. Then mmmm, that first electric touch. Then the first moment of perfection with our eyes locked in amazement — the kisses, the words, the unmistakable signs of new love. Barriers fall quickly, for short is the time; needing a place to stay, I move in.

By unspoken agreement, the bike becomes a piece of abstract sculpture standing in her living room instead of an ominous poised symbol of my transience. The love grows, a fragile edifice built on promises spoken in our eyes, seen in our words. She is drawn into my writing, my travels, the romance and adventure of my life; I am drawn into her beauty, her friendship, her modular phone jack. The fling becomes an affair; the affair becomes a relationship.

But always, not so far away, is the road: the Other Woman. The maps, the bike, the photographs, the media strokes, the book — they’re all out there, tempting me. Computing Across America is a perfect caper for someone who shuns commitment: I am never without a convenient avenue of escape. Promises? Well, yes, my love, but you know I’m on the road… I have this book to research… uh, do you happen to have any extra Zip-loc bags?

Then come the tearful hugs, the sad goodbyes, the talk of getting together somewhere Out There — and then I hear the fine rhythm of the pedals once again and slap on the headphones, crank up the jazz. Days pass. Another state, another town, another chance encounter… and then (hey!) the smile, the spark, the touch, the moment of perfection. The cycle repeats, spiced with delicious differences of detail that linger like the tastes and smells of regional cooking.

I stayed with Sylphide a month, our love strong, our loving spectacular. Her yearning for home and family surfaced to tempt me: it bubbled aromatically in the lasagna sauce and was written in red lipstick on the bathroom mirror. But I had an eye cocked to the road, restless as always.

The Other Woman was always just outside the door.

The effect was devastating. Sylphide would write in her diary, turning now and again to gaze sadly at me with a tear like a perfect jewel suspended from the tip of her nose. There was a crazy imbalance of expectations here even though we both knew better; the more I looked to the west, the more she wrapped me in her love. The sense of home took me by storm.

(Perhaps, I thought for a while, I could just stay put and dream of travel, slowly browsing my atlas like a worn copy of Penthouse while sweet fantasies of the Road filled my head.)

And there were good reasons to stay, even some that had nothing to do with the heart being worn on the silken sleeve of my sweet friend. The money problem wasn’t going to go away by itself, and despite my traditional poor work habits I was getting a few articles written. Words oozed from my fingertips into the computer on Sylphide’s kitchen table, but — just like in suburbia — I would leap up at the slightest provocation and go distract myself. The atlas was always good for an hour or so, as was the flute. I would call people, eat, sign on, eat, brew coffee, eat, make lists, eat, and go for long walks on the University of Florida campus to think.

But I was discovering something. “The Road” wasn’t a long hot piece of asphalt at all; it was inside me. It wasn’t my tires that itched; it was my heart. I had not yet identified the chronic restlessness, but I was beginning to sense that it had little to do with this trip. So was my love affair with the Other Woman just a hollow charade — an excuse for wanton promiscuity of flesh and spirit? Was travel a way to justify behavior that I could never get away with in a single town, especially a conservative one in the middle of Ohio?

But damn it, what healthy male could resist this? The bike is an affair-starter par excellence. (“Are you planning to franchise this?” asked a guy on the street once, wistfully watching the winsome women winking.) As the months passed and my visibility grew, things got crazier still and the bike became a passport to the groupie effect.

“Hey, wow, didn’t I read about you in Time magazine?”

“Excuse me, are you the one bicycling cross-country with a computer? Do you need a place to stay or anything?”

It all adds up to supreme ease in making contacts — a seductive and misleading ease. For a while I actually thought it was me they were after, but the first time I walked instead of rode around campus I was startled to observe that nobody paid the slightest bit of attention. No pretty girls giggled and asked if they were going to be in my book; nobody smiled invitingly from a fragrant haze of coconut in the February sun. I walked around with an unfocused resentment, for stuffing an ego back into perspective is not an easy task.

There’s danger in depending on this sort of thing, this foolproof ticket to hearts and beds across America. What will happen when I find myself without my youth, my fancy bicycle, and the gushing news stories? Am I destined to become one of those lonely and pitiful old men, pulling out a pocketful of worn photos and clippings to demonstrate that I really was something once, back before the turn of the century? An old man, alone — shuffling around in growing panic, looking with desperate longing at beautiful young women and trying to impress them with my credentials?

“I rode a bicycle seventeen thousand miles—” I begin in a creaky voice, leering; then I reach deep into the linty recesses of my old greatcoat and hold out a creased magazine article with a spotted, shaking hand. The faded headline, the grinning exuberant figure with the muscled legs — my God, was that really me?

“Uh, that’s nice,” the pretty girls say, taking a nervous step backward. “Congratulations.” And then they turn and walk quickly away, leaving me holding my tattered trophy and staring in pain at a perfect ass, wishing that I hadn’t burned so goddamn many emotional bridges in my youth.

Freedom and security. There it is again, over and over. I’m living a life of almost total freedom: with the exception of occasional deadlines I can do whatever the hell I please. If things get tense or boring in one town, I just pack and pedal to the next. Few people care, and nobody tries to stop me. There’s always another news story down the road to open more doors, more hearts.

But at the other end of the freedom-security spectrum is stable love: home, marriage, family. As alluring as these notions seem in my lonelier moments, they terrify me with their implied permanence — the sacrifice of options. That’s the terror that destroyed my marriage, left Elisse hurting in Columbus, pumped fountains of salty tears from Sylphide’s dark eyes, and turned the mail drops into times of pain as well as pleasure.

So now for the big question: what lies in the middle? A home to wander with? A home from which to wander? A succession of different homes, discovered through wandering? That first one sounds kind of interesting — taking on a traveling companion, having an extended ménage á trois with a lady and the Road.

Sylphide and I fantasized about setting out on matching blue recumbents, and Kacy forwarded two letters from cyclists who had read of my high-tech adventure and wanted to go along. Since I was looking west into a land of unknowns — Alabama, Mississippi, Louisiana, and Texas — it seemed to make a lot of sense.

Yeah… imagine: Riding that long highway while exchanging spirited banter via solar-powered ham radio transceivers. Sailing in a tailwind down country roads mottled with sun and shade. Camping in a blue cocoon of healthy body odors, zipping our sleeping bags together to chase the evening chill. Sharing road food — or cooking in camp with the economics of scale increasing efficiency. The romance, the high-tech toys, the charming media image, the shared joys of discovery and accomplishment… all quite lovely.

I could have freedom, but take some security along with me. (Indeed, see this reprise from 3 years later.)

But in my moments of confident self-sufficiency, I worried about that. Two people are a stable unit, unlikely to garner many invitations along the way. I might grow restless with a companion, feeling as trapped as I had in marriage but with more temptations to frustrate me. And besides, as Paul Theroux noted in The Old Patagonian Express: “Travel is at its best a solitary enterprise: to see, to examine, to assess, you have to be alone and unencumbered.”

So what about the second one — the “home from which to wander”? I fantasized a lot about that too: about Remi, waiting for me out there in Palm Desert, California. She would understand. We had known each other for nine years, meeting every few months to sustain a perennial affair that seemed unaffected by random relationships with others. Sometimes on the road I’d visualize the future meanderings of my red atlas-line, and it always seemed to end at Remi’s apartment. Yeah, she’d understand the wanderlust alright: I could live with her but pedal off without trauma, returning months later, tired and road-weary, laden with gifts and stories from afar.

I would just toggle back and forth between freedom and security like a human flip-flop, triggered into each transition by random happenstance of season or psyche.

I wonder how long that would last.

No matter. For now I was on the road full-time, living the third alternative: a succession of homes, discovered through wandering.

As the end of February drew near, I found myself packing once again, the roads ahead etched map-like in my brain from hours of atlas-fantasy. I spent a day at Pedalers rebuilding bearings and tweaking this ‘n that; I notified my few contacts in the South; I made a grocery run and stuffed the Zip-Locs with snacks and edible mixes.

Sylphide withdrew, for there is no fighting the Other Woman when she’s every bit as infinite as fantasy itself. And once again, like so many times before and since, I fled back into the long winding arms of my true love.