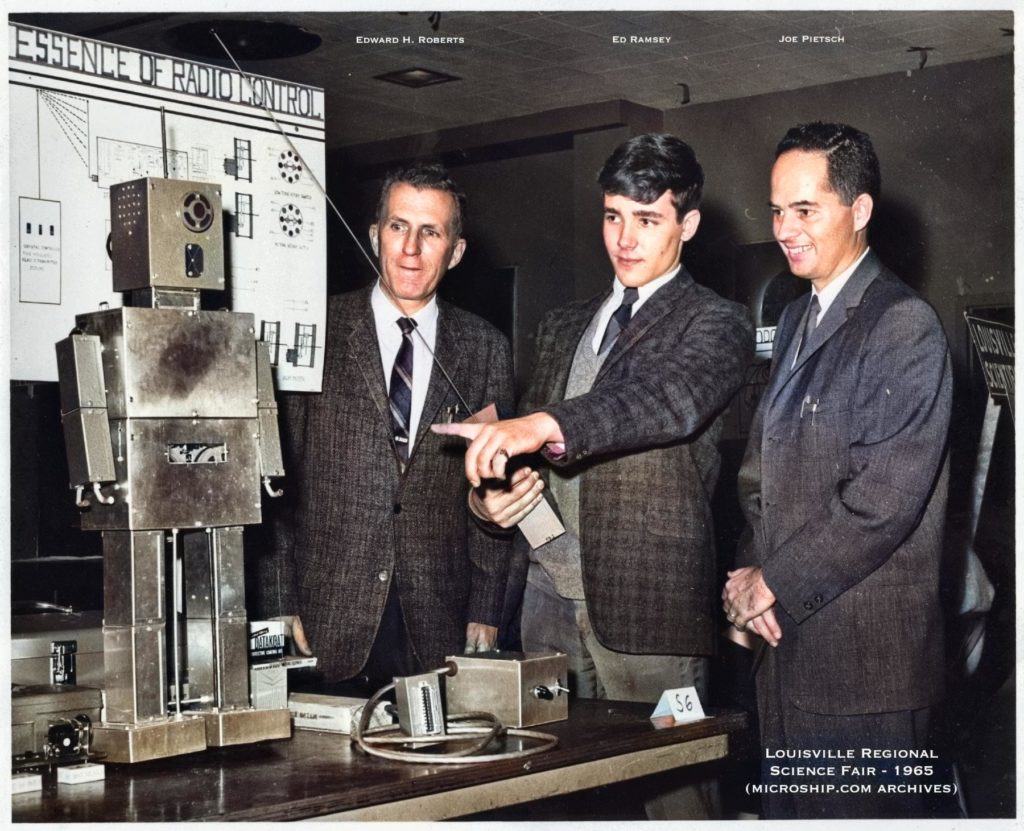 My father (Ed Roberts, at left) was director of the Louisville Regional Science Fair in the 1960s, and this delightful photo is from his archives. The robot was named Andrew, and his builder, Ed Ramsey (center), went to school at Trinity, then went on to study electrical engineering at Purdue. The robot had magnetic hands and a tape-recorder voice… plus radio-control with a 2-mile range. Andrew is 3 feet tall, weighs 64 pounds, and cost $600 to build.

I’m including this in the archives even though I had nothing to do with this project; it is a great snapshot of the 1965 science fair scene. The third human in the photo is Joe Pietsch, who was also involved in judging, funding, and organization of the Louisville Regional Science Fair (which was a huge part of my childhood).