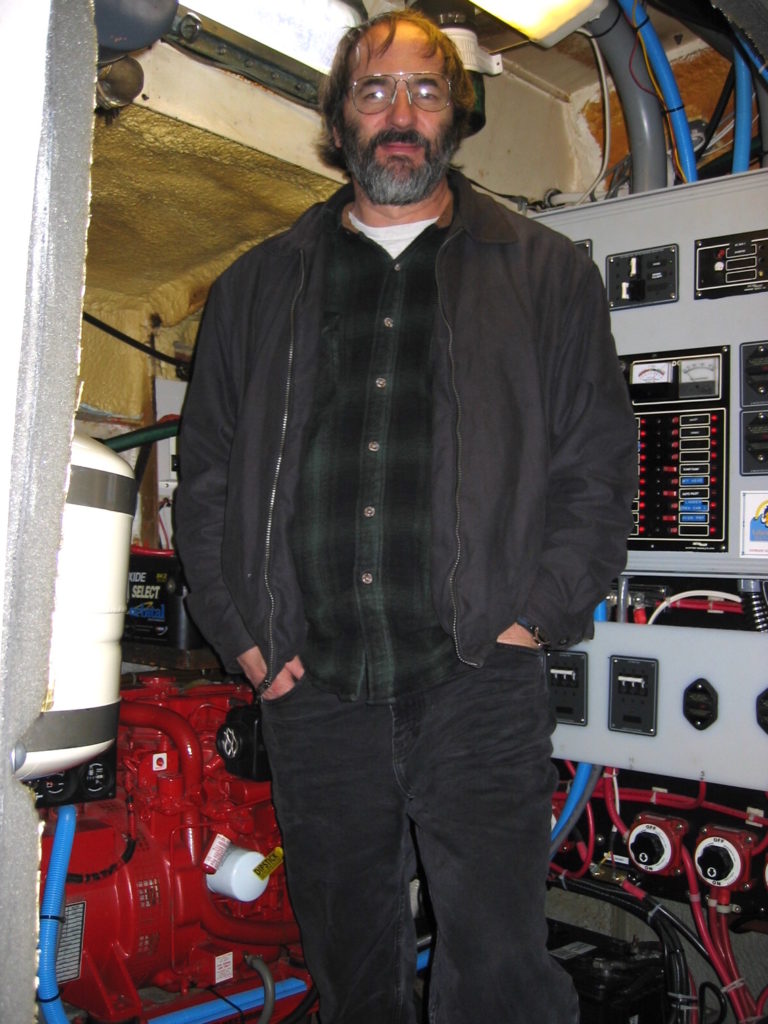 It seems insane that I’m already out $3K on the “decision support” aspects of this project; I’ve paid for overall survey, haulout and audio gauge, rigging inspection, engine and power system audits, and oil analysis. This is rather a lot of expense, but hopefully, by hiring trusted experts, I am either saving myself from my own enthusiasm or bringing the purchase price in line with reality (depending on what I do with their reports).

There are numerous issues here, falling into three categories: problems that must be addressed immediately for the ship to be safe and seaworthy, longer-term projects that are essential upgrades but not the seller’s responsibility, and complete unknowns. The first is quantifiable, the second can be put off as long as I’m realistic about it, and the third is quite scary. Since this is essentially a homebuilt boat, and there are huge regions of the hull that are inaccessible, there are quite a few mysteries down there. When we’re talking about this kind of money (on the scale of real estate), taking a “leap of faith” is not quite the right approach, despite a general sense that things were done well. So more investigation is in order.

Among other mysteries, we have a huge and inaccessible section of the sole above the keel, mostly filled with fuel tank… and the stuffing box is deep under the engine, behind the large hydrostatic transmission. This is somewhat worrying, given the fact that it is a through-hull, although the side loads on it are probably much lower than on a “traditional” vessel due to the decoupling of engine vibration from the prop shaft. But these are the kinds of things that concern me; we basically have no documentation regarding what’s down there, and no way to even see it. What we can see is generally good with a few exceptions, and the added components, for the most part, are first-rate.

This seems to be typical of amateur-built vessels on the market… a rather large disparity between “fair market value” and “replacement value.” The out-of-pocket investment by their early developers can almost never be recovered, since the ship itself will always be an unknown and will thus have a depressed value when compared to professionally built vessels of similar scale. This can work to the buyer’s favor down the road, however, IF the purchase price is reasonable and most of the major work is done. Still, I have to remember to look at this as a quality of life investment, and not expect any financial return on rigging upgrades or added systems.

We have gotten an extension on the purchase contract to allow further analysis of all this new information, and I’ve also launched insurance and moorage inquiries. I’m emotionally prepared to walk away if that appears to be the best course of action, but I am not yet convinced that’s the case: she’s a beautiful ship with a lot of excellent gear, and she lends herself almost ideally to the system integration projects that I have in mind. She also has excellent headroom for my 6’4″ frame (a big deal, and not common especially in engine rooms), a workboat-scale pilothouse, and a general funkiness that will let me fire up a Sawzall without fear of trashing professional joinery… which is a very charitable way of saying that the interior is anything but beautiful. But, in a twisted way, that really is a feature (another boat I considered is such a stunning monument to the woodworker’s art that any “improvements” I might make would irreparably damage it).

Should have a decision in the next few days….