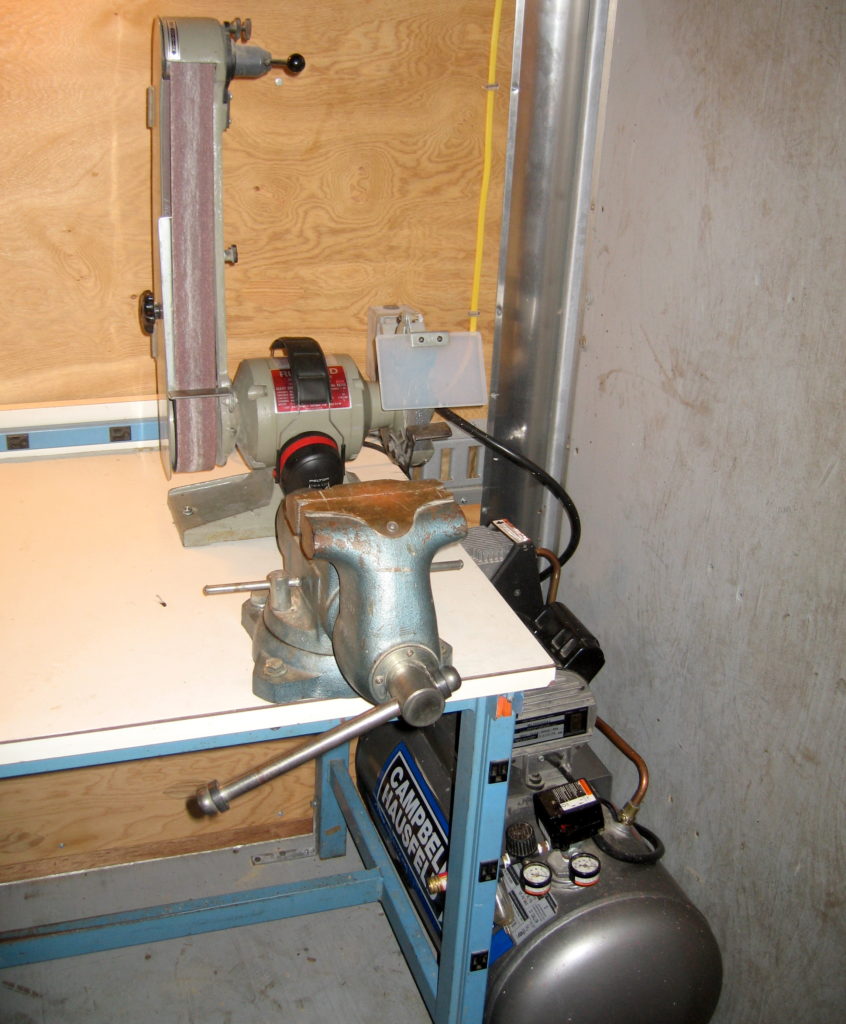 I’m aboard Nomadness at the moment, here to do the water-heater installation, but in classic fashion got drawn into the “opportunities” presented by this infernally glowing laptop. There seem to be two big changes afoot that will require difficult decisions and learning curves: the radical change in eBay’s fee structure that will induce me to build up my store, and Google throwing us faithful FTP bloggers under the bus.

The latter is a pain, but apparently there are disproportionate engineering resources associated with the .5% of all blogs hosted on separate servers (like mine) instead of blogspot.com. I’m in no position to argue this, and almost believe it, more or less; the “pointed-index syndrome” must come up a lot, with the tech-support folk pointing fingers at each other, saying, “your problem is over there.”

Their radical solution to this is to shut it down entirely, giving us little time and only two choices… neither one pleasant. We can be assimilated, letting Google host our content while breaking the functionality of the rest of the site, or we can change blogging platforms. I have opted for the latter, and will either incorporate all this into the existing Joomla installation at nomadness.com or go with the crowd and install WordPress.

I mention this only as a heads-up about likely glitches over the next month or so… and to see if anyone who has been through this learning curve is willing to do a bit of hand-holding.


Moves of a Physical Nature

There’s something substantial in the works. As recent posts have hinted, I’m working on extracting myself from 12 years of being mired in a cluttered lab, and it’s actually starting to look real. No firm date is set, but this is the season; with the mobile lab receiving an infusion of carefully filtered inventory (along with the occasional bolus of material related to specific projects), I am close to considering it my primary workspace. Already, key tools and furniture are in place, shifting the theater of operations.

The first move of the trailer (named Polaris) will be a short one – about 750 feet to a parking spot near my house. I’m repurposing the old hot-tub circuit to provide an RV-style power outlet, and for a short embryonic period I’ll work on the edge of the meadow, nursing my severed umbilicus back to the maternal building in the forest. Meanwhile, I’ll move anything that still matters in the old lab to the office suite upstairs, closed off with a separate security perimeter.

(Except the Microship, of course. I still don’t know what’s going to become of that 10-year labor of love!)

Anyway, at that point two things will be able to occur: renting out the 2000 square-foot shop space, and moving the mobile lab to the marina to provide on-site support for boat projects. With multiple power sources (30-amp shore cable, 2 kW Honda generator, and 240 watts of solar panels), along with access to the boat’s wireless LAN and good light/heat/security, it should be as useful as a small dedicated building… or more so, given the ability to trundle back to home base if needed, or, as we start to live aboard full time, to whatever marina happens to catch our fancy for the duration of pre-nomadic staging.

Both Nomadness and Dervish have huge project lists, and the past year of slow progress has made it clear that the only way to finish is to move onto the boats and make a full-time job of it. So here we go… and not a moment too soon. I’ve been feeling increasingly old and creaky, with the occasional sickness of dear friends serving as a chilling reminder that I don’t have forever. I miss those halcyon days of seeming immortality…

The exercise of selecting tools for the mobile lab has been a challenge; I no longer have the luxury of essentially unlimited space. The long-desired milling machine had to be set aside, and my existing suite of heavy motorized things had to be scaled way back. Only the table saw, floor-mount drill press, compressor, and sander/grinder made the cut (plus a few portable power tools, of course).

I’m reserving one generous bit of bench real estate for a key tool that I’m seriously considering moving aboard the boat when the time comes… a small router. This will solve the pesky problem of making precise and beautiful front panels, of which I need about ten, and will also lend itself to printed-circuit milling, signage, and random small parts amenable to the 2.5-D approach (not full 3D). The thought of gliding into an anchorage with custom-parts fabrication ability, perhaps also with a 3D printer tucked into a corner, is intriguing… much barter and nickel-generation potential.

In the photo above, the robot will fill the table and the wall will carry my old mini-ITX SolarPC, dedicated to stepper motor control and interfaced via parallel port. It’s how the hobby CNC world does things, and that’s fine with me… no wheels to reinvent, and just a few more learning curves!

The rest of Polaris is about what you’d expect for the intended geeky mission: a robust electronics lab, general shop, hacking space, and rolling inventory bin. As I work on projects aboard Nomadness, I find that most of them don’t need anything more than what is about to be right up the ramp in the parking lot. It should speed things considerably.

And so, a long epoch is about to end. When I landed on Camano Island in 1998, it was to be for 2-3 years – just enough to finish the Microships and take off. But life has a way of throwing little curves, and there were enough of those to slowly grow roots much deeper than the ones I had to rip free when I left Ohio on my bicycle in 1983. Not only does that get harder with age, but “the wanderer’s danger is to find comfort,” as William Least Heat Moon once said. Or, even more poetically, this exquisite poem by Mary Barnard I spotted back in 1986 or so, written in Sharpie on the back of a seat in a San Francisco municipal bus:

Soft chains are the most
difficult to break:
affection, ease.

The spirit, wide-eyed,
limp-muscled, nestles
on its side

Well, not anymore. Here we go!