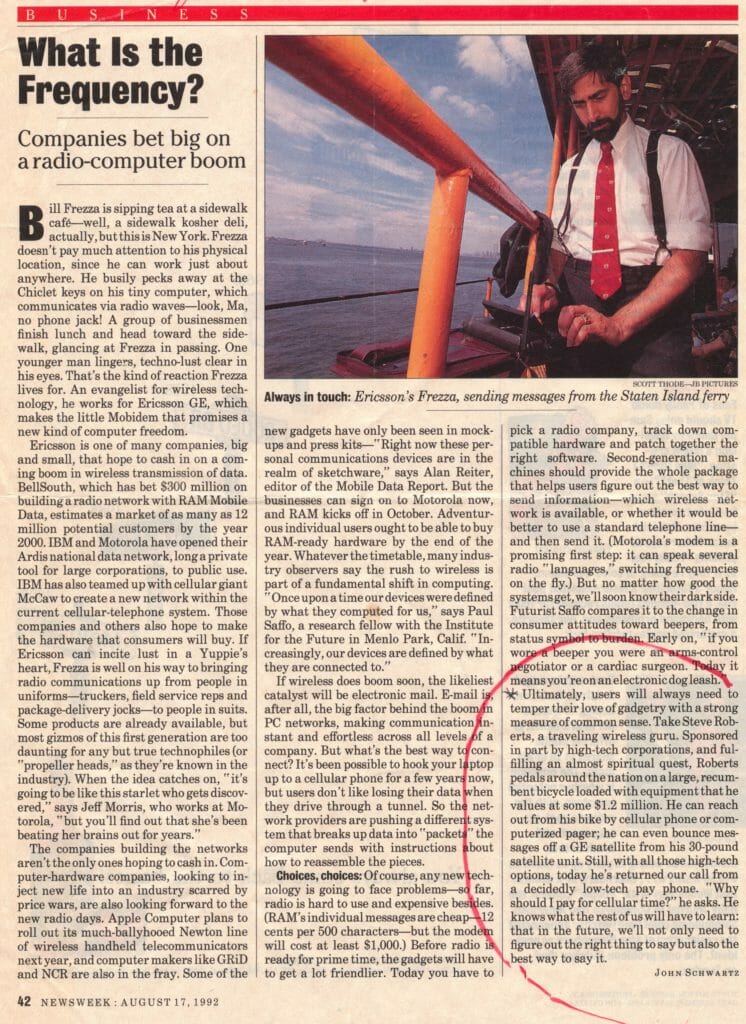 An early look at the emerging technology of wireless data… Full article is readable in the image above (control-click to open in new tab if you wish to embiggen), and the closing paragraph about my adventure is extracted below.

Ultimately, users will always need to temper their love of gadgetry with a strong measure of common sense. Take Steve Roberts, a traveling wireless guru. Sponsored in part by high-tech corporations, and fulfilling an almost spiritual quest, Roberts pedals around the nation on a large, recumbent bicycle loaded with equipment that he values at some $1.2 million. He can reach out from his bike by cellular phone or computerized pager; he can even bounce messages off a GTE satellite from his 30-pound satellite unit. Still, with all those high-tech options, today he’s returned our call from a decidedly low-tech pay phone. “Why should I pay for cellular time?” he asks. He knows what the rest of us will have to learn: that in the future, we’ll not only need to figure out the right thing to say but also the best way to say it.