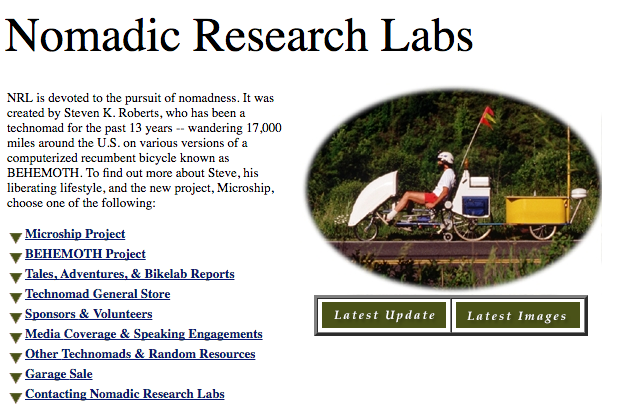 Hello from the Microship lab! As always, the feeling I have when immersed in many simultaneous projects is a frustrating one of making incremental progress in many directions — advances which, although adding up to equivalent net progress in one direction (minus context-switching overhead), subjectively appear as mere dabbling. A sketch here, a phone call there, a bit of text over there, maybe a bit of soldering on a good day… all seem linked to matters nautical in only the vaguest fashion. But we press on, driven by a dream and a TO-DO list of epic proportions.

Advancing in a Scattered Way

With the help of Filippo Loddo, Faun and I squeaked under the move-out deadline at Seaweed Canyon, ending an era. All our deep-storage stuff is now in the Wells Cargo trailer (remember the Mothership?), awaiting its next home. The Wilderness Systems sea kayak is for sale ($675), and the two Current Designs Libras that so excited us last year are now being stored by a local kayaker/artist named Terry who, hopefully, will find someone sufficiently motivated to complete the fiberglass work and sell them at a huge profit.

Faun is deep into the HTML (HyperText Markup Language) world, juggling dozens of linked documents for our World-Wide Web server. In addition to what’s already there, we’re adding online ordering of print publications, pointers to sponsors from all occurrences of their name, a sort of electronic bingo card function to provide access to companies not on the Net, video stills of the lab updated every few minutes, Microship telemetry collected by the Hub, a library of photos, and anything else we can think of. This is a whole new kind of publishing, and since I don’t like charging for information online, we’ll be using it to support the mail order Monograph and Technomad General Store businesses as well as providing a window into the whole project for anyone interested. It’s fun to watch Faun learn this stuff… she’s over there as I sit writing in my little pool of desklight — now and again exclaiming as she successfully links an image or finds something clever Out There in the vapors. The learning curves are deep and plentiful here, and I’m delighted to have found someone who enjoys them as much as I do…

Speaking of personnel, we lost another student team member — James of the Hub team. Since I moved Ino from the defunct Sensors team over to join Harrison in the Hub, we now have two people there, and they will concentrate on security, watch functions, Hub-node communications, and basic data collection. But the Microship end of the packet radio link has moved to the domain of the Manpack team, which now has the benefit of added volunteer hardware assistance from Jeremy Heath.

Exciting new sponsor support is in the offing! After strong verbal encouragement, proposal packages are now enroute to Motorola (three 8-channel GPS Core units for boat and both packs) and Yaesu (a pair of FT-11 paging 2-meter handheld ham transceivers). Adobe has agreed to donate PageMaker, Ex Machina is helping out with wireless messaging software, and In Hand Data is sending us a pre-release chording handheld note-taker.

The Pressure folks have acquired a couple of regulators from Grainger and a surplus gauge from Industrial Liquidators, and will be working with BEHEMOTH’s pneumatic system as an initial development platform. Jason Estep made some good progress last quarter, including tracking down an excellent Sensym dual-port sensor and a knowledgeable local source (Sentech). He and the current team are now meeting to pass along information on this and a clever one-chip interface circuit that will simplify hanging these devices on the 68HC11 internal A/D ports.

Weary of spending my days doing email and editing text, I just took a 15-minute break to install a 68HC24 Port Replacement Unit on the Manpack processor. This is barely worthy of note, I suppose, but I needed a bit of solder therapy and it was quite pleasant. (One minor hack that’s been necessary with all the FORTH boards: we have to grind some plastic off the PLCC sockets to squeeze them in past the differential line drivers, but in a twisted way, that just makes it feel more personal…) As I mentioned in #79 of this series, the Manpack is very I/O-rich — we’re expanding it well beyond its normal complement of ports by tying a bidirectional port to five 8-bit output latches, two 8-bit input buffers, and the bidirectional interface of a Mitel DM8880 DTMF transceiver. The drivers for this will be the team’s first FORTH experience <wicked grin>.

(This is totally off-topic, but you might as well know the full spectrum of our crazy lives. I don’t think I told you about our little Christmas Eve adventure: at full speed on I-5 in the rain, we watched in disbelief as a cylindrical metal object flew off a tanker truck, bounced once, and shattered the windshield of Faun’s car. We were showered with glass but unhurt — and we managed to chase the semi, get the 800 number and license number off the back, and have a word with the driver. The problem is that the bad-driver reporting service (Traffic Watch) is useless as a way of contacting a trucking company — it’s just a PR scam that gives people a way to blow off steam. We’re now filing DMV forms to trace the license number to the company in order to try for a reimbursement of our $330 windshield. <sigh> Life’s too short for this noise…)

Other than that, though, things are reasonably idyllic. We’ve fallen into a routine of struggling to life around 9 AM, making latte in the ship’s espresso maker given to us by Cynthia Brown in Chicago, whipping up a jalapeno-enriched breakfast, driving to campus to compete in the daily parking lottery, working until sometime after midnight in the lab, and driving home to fall down, recover, and start again. This routine is being challenged by the onset of beach weather, however… and other interruptions lie just ahead in the form of my trip to Texas this weekend and some much-needed kayaking shortly thereafter.

“For every action, there’s an equal and opposite UCSD parking regulation”
— SKR

I’ve mentioned before that the Manpacks will each contain a chord keyboard, and I suppose I should elaborate somewhat. As you may know, the last two incarnations of my bike have carried handlebar keyboards that allowed me to type while riding. The motivation here is similar, since we need to contact the ship or other crew via wireless data link, issue local commands to the FORTH board, and make notes while walking around — all without unpacking a laptop. (It seems likely, in fact, that we’ll also carry pocket or wrist chorders like Gary Friedman’s Data Egg or Skip Matthews’ Clicker to simplify text capture with an absolute minimum of physical constraint.)

I first did this in 1986 with a straightforward ASCII variant (well-described here), but it was split between both hands (4 keys each) and yielded some awkward combinations for common characters. With BEHEMOTH, I hacked a commercial model called the BAT from Infogrip, but never did grow very fond of its coding scheme, apparently developed by the Israeli Air Force. Now we’re doing what we should have done long ago: adopting the Microwriter codes developed in the 80’s in Great Britain. It’s trivially easy to learn (it took me about 2 hours over the past 2-3 days), and maps the most common letters onto very easy finger combinations that in many cases are suggestive of the letter’s shape. As with the others, full release is treated as a strobe that latches the OR of all bits set since the last occurrence of a release, though there are potentially more creative approaches that could allow high-speed transition between certain combinations. Later.

In case you want to learn chording, which also has potential as a discrete hand-holding text-based back-channel interchange protocol for lovers, here’s a code chart for the letters. The 5-bit patterns read left to right, and assume the right hand (it mirrors easily, and I find I can use either hand without much additional effort). ‘o’ indicates an active finger…

(Thumb alone is space, and -ooo- is period.)

There’s a lot more, of course, but it’s beyond the scope of this update — the thumb has a couple of other keys that it can use to enter numeric, shifted, and other modes. But this should give you the general idea of how we’ll be communicating when away from the waterproof QWERTY keyboards at our consoles.

With that, we wrap up this status report. The next time you hear from me, it will be after the San Antonio trip. Cheers!