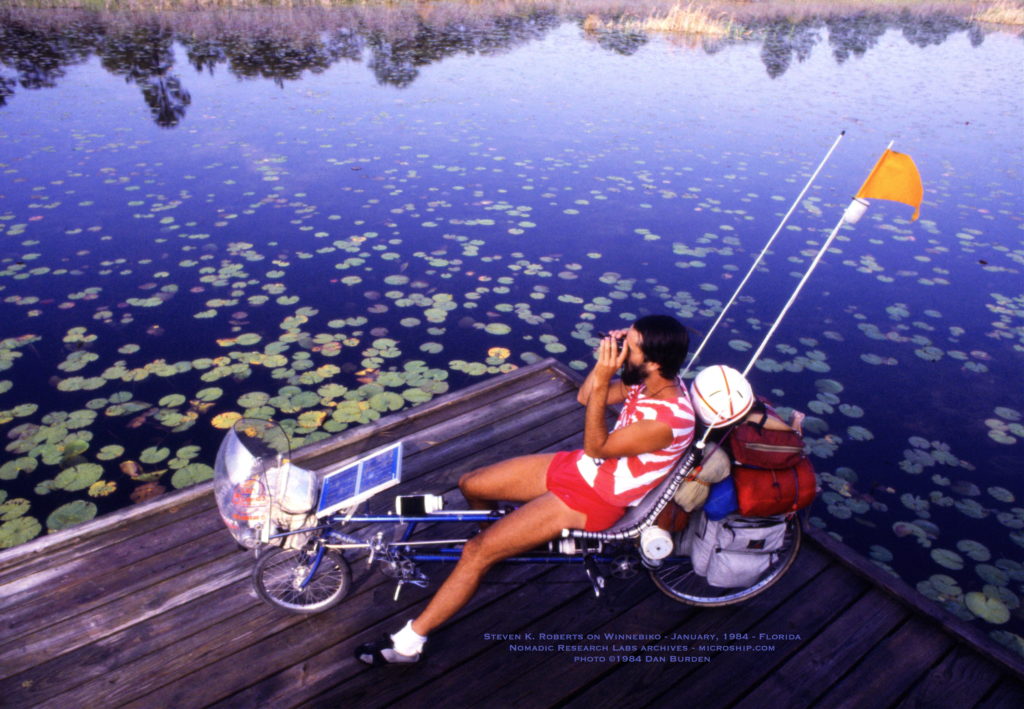 One of the many delightful memories that emerged from ancient file folders 36 years later was this… a little parting gift from James, my friend and host in Hammond. It captures the energy of the adventure, driven as much by romance as by gizmological urges and the allure of sweet asphalt…

Let it hereby be known by all people that

due to his admirable and highly instructive adventures in the fields and on the beaches, in dormitories and sorority houses, along highways and byways, in state and city parks, in elevators and bars, in hotels and on his bicycle, under the stars and in shopping malls, in large cities and small towns everywhere, and especially in Hammond America, is forthwith granted the honor of

together with all the rights and responsibilities and marks of distinction which pertain to this lofty ideal.

May your charm, luck, intellect, and stamina be worthy of the challenge — and may your literary expertise be equal to your libidinous enterprises.

(photo of Steven K. Roberts aboard Winnebiko by Dan Burden, 1984)

Posted in Personal
← Reflections on a SaxA Nomad on Sabbatical →