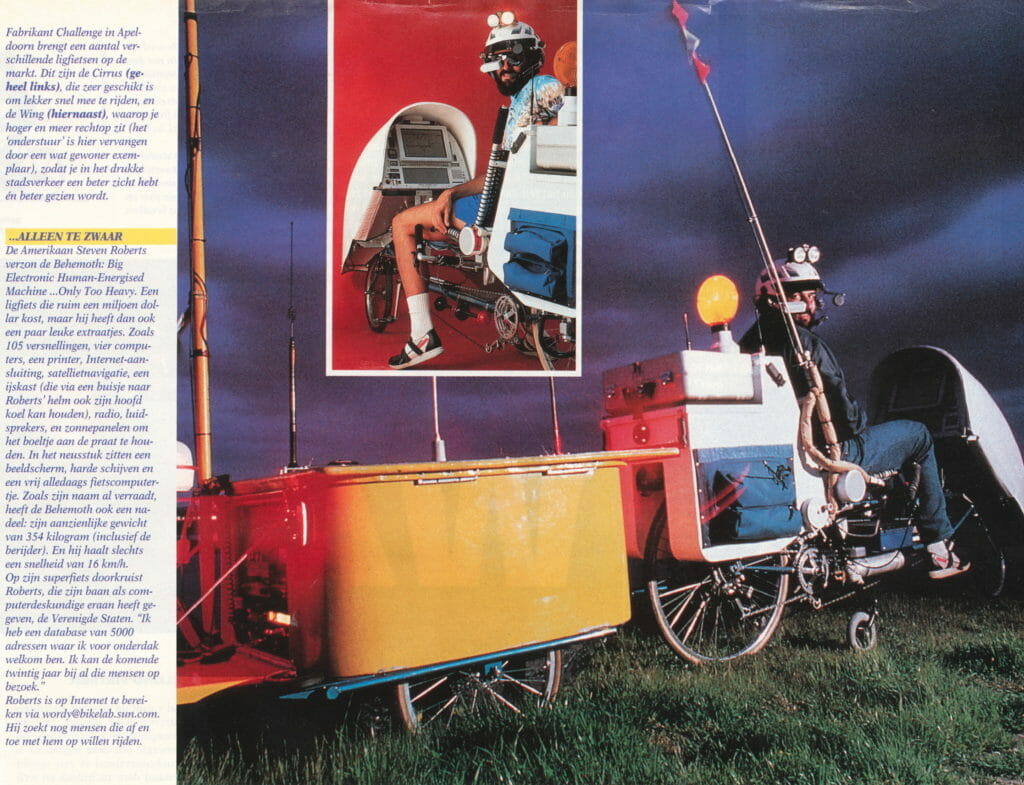 (Google Lens translation from the original Dutch with corrections in 2021 by Thor Galle and PE4KH.

The American Steven Roberts came up with the Behemoth: Big Electronic Human-Energized Machine… Only Too Heavy. A recumbent bicycle that costs more than a million dollars, but it also has a few nice extras. Such as 105 gears, four computers, a printer, Internet connection, satellite navigation, a refrigerator (which can keep Roberts’ head cool through a tube to his helmet), radio, loud speakers, and solar panels to keep the lot going. The nose piece contains a screen, hard disks and a fairly everyday cycling computer. As its name suggests, the Behemoth also has a drawback: its considerable weight of 354 kilograms (including the rider). And it only reaches a speed of 16 km/h. On his superbike, Roberts, who has quit his job as a computer expert, traverses the United States. “I have a database of 5000 addresses where I am welcome for shelter. I can visit all those people for the next twenty years.”

Roberts can be reached on the Internet at [obsolete address redacted]. He is still looking for people who want to ride with him now and then.