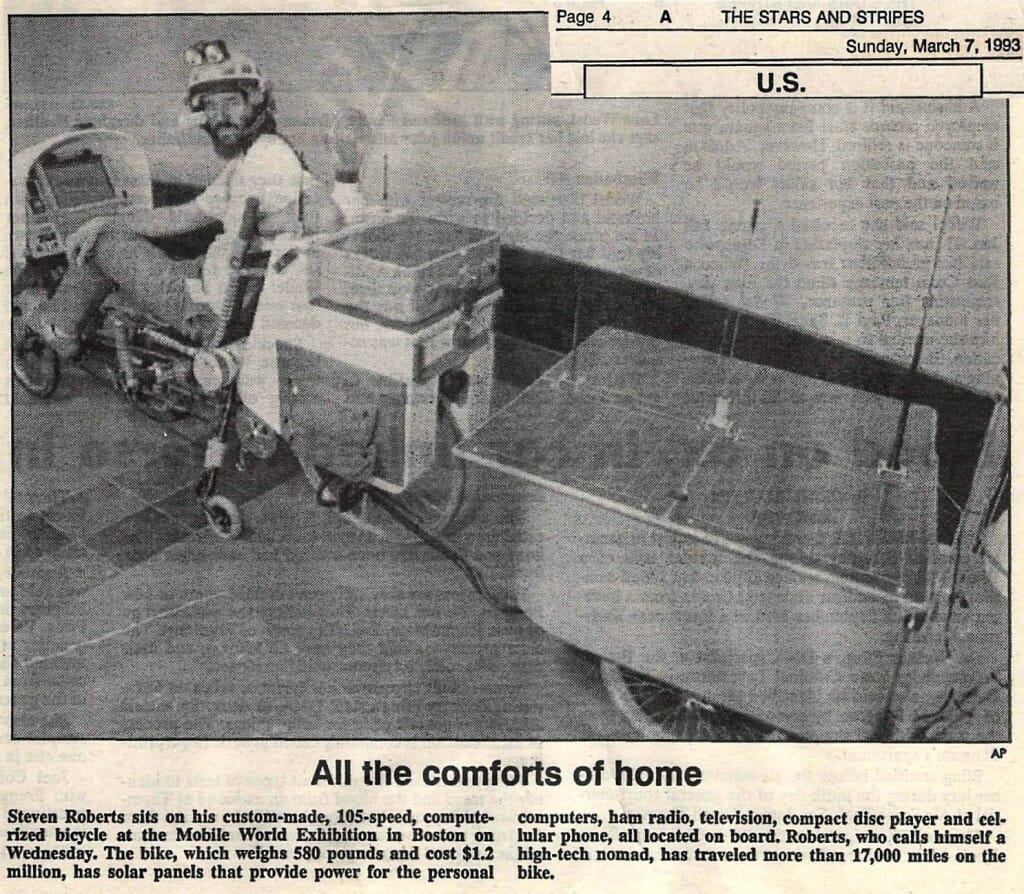 This short photo/caption piece in Stars and Stripes, the news service of the US Military, appeared shortly after my speaking gig at the Mobile World conference and expo in Boston (Hynes Auditorium) in early March of 1993.

Steven Roberts sits on his custom-made, 105-speed, computerized bicycle at the Mobile World Exhibition in Boston on Wednesday. The bike, which weighs 580 pounds and cost $1.2 million, has solar panels that provide power for the personal computers, ham radio, television, compact disc player and cellular phone, all located on board. Roberts, who calls himself a high-tech nomad, has traveled more than 17,000 miles on the bike.