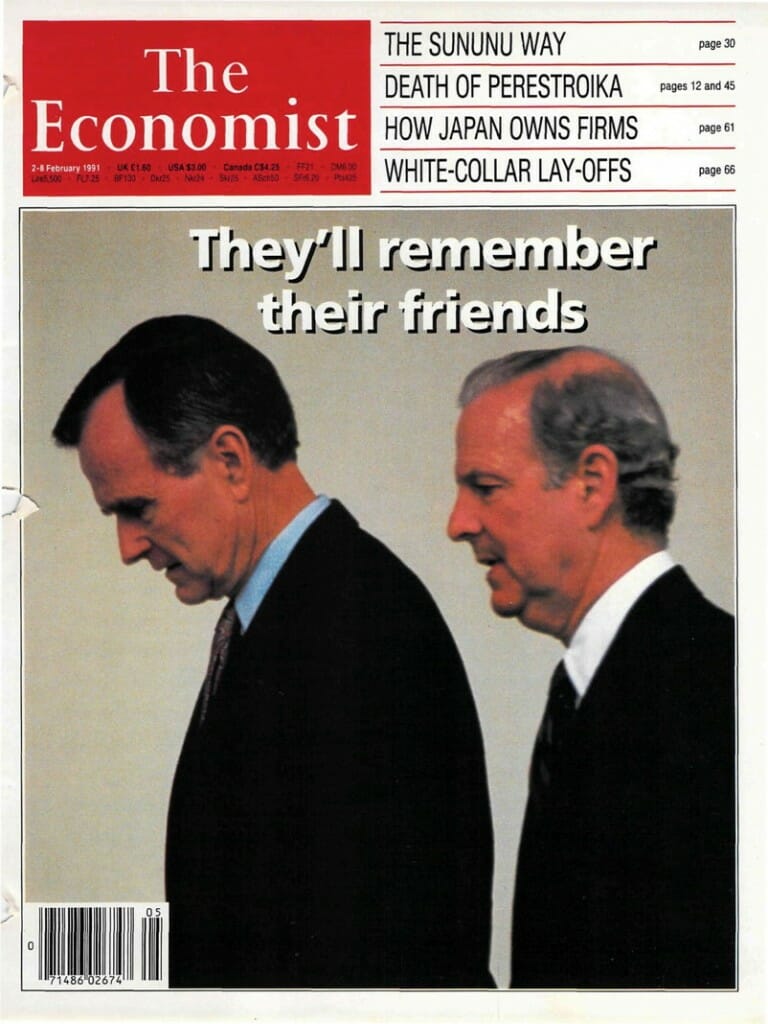 This article appeared as BEHEMOTH was being feverishly readied for departure from the Bikelab hosted by Sun Microsystems. A couple of the mentioned items were not completed by launch time (the shocker to the seat and the variable-reluctance motor-generator that I was planning to use for regenerative braking), but this is a pretty level-headed magazine with a business focus, and the piece was generally accurate. Between this and the later Wall Street Journal article, my crazy bike was making it into mainstream corporate consciousness.

FROM A DESK-BOUND CORRESPONDENT
The Economist
February 2, 1991

BUCK ROGERS might envy Steven Roberts his bicycle. Not many pedal powered vehicles have a satellite navigation system, a word processor, or the ability to fend off thieves with the bluff: “Do not touch or you will be vaporised by a laser beam.” Mr Roberts’s BEHEMOTH has all these and more. It is the result of seven years of tinkering towards the ultimate bicycle. Along the way, he has attracted the amazed interest — and sponsorship — of some of Silicon Valley’s brightest engineers.

BEHEMOTH is a dream inspired by boredom. In 1983 Mr Roberts was living in Columbus, Ohio, as a consulting engineer and freelance journalist. He was not happy. So he loaded his portable computer onto his bike to see if he could make a living doing what he enjoyed: cycling, writing and playing with electronics. The focus of these efforts was the “Winnebiko,” his bicycle, office, laboratory and obsession in one.

Some of Winnebiko’s first innovations were aimed at helping Mr Roberts to ride and write at the same time. He built into the handlebars a sort of eight-fingered keyboard. He sent his words to publishers by modem, connected to telephones in motels or roadside telephone booths. For several years he lived quite happily, pedalling 16,000 miles around America. Two years ago, however, he stopped for a bike-rebuilding rest near Silicon Valley. What is emerging, from a laboratory on loan from Sun Microsystems, is the BEHEMOTH: the Big Electronic Human-Energised Machine… Only Too Heavy.

Together with its trailer, BEHEMOTH weighs about 160kg (350lb). Much of that is packed full of electronics, including:

Although his project can never be entirely finished, in July Mr. Roberts will return to life on the road. After a warm-up ride across the flat roads of Iowa, he and his companion, Maggie Victor, will resume a nomadic life of bicycling around America and, eventually, the world. Along the way they will publish a quarterly journal, called Nomadness, and explore “the outrageous notion that very soon now it might not matter where your body happens to be, as long as you maintain a presence in the networks.”