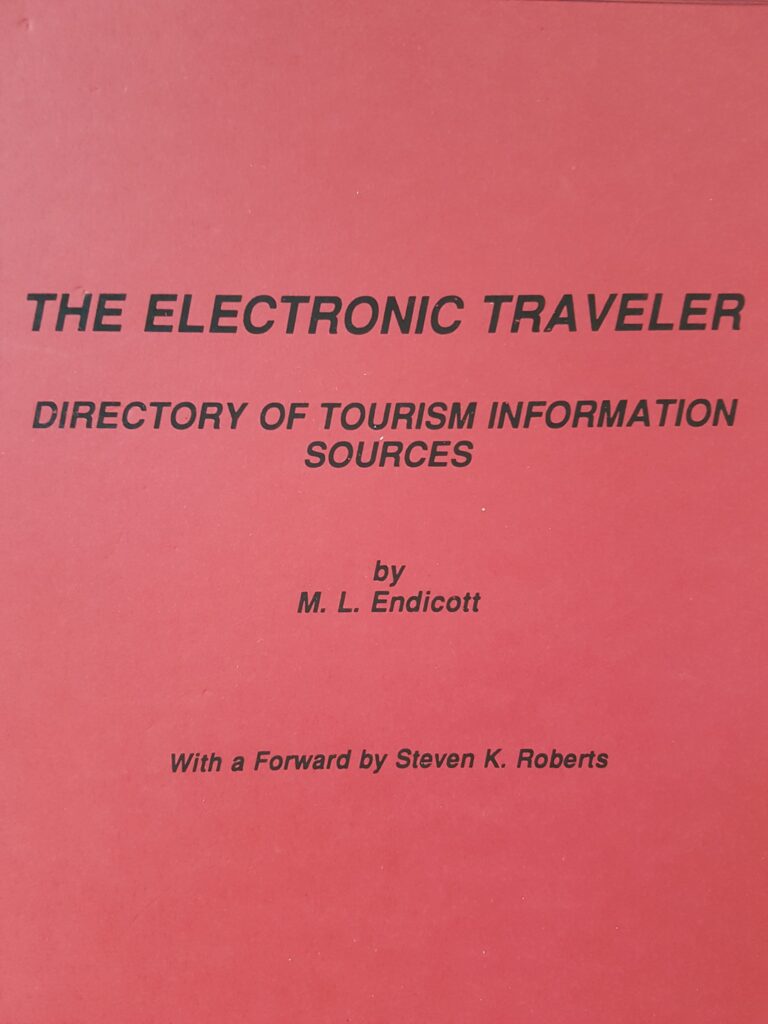 Way back in the early days of my adventuring, I came across a provocative book by Marcus Endicott entitled Vagabond Globetrotting. At some point, he and I connected as fellow paleo-technomads, and a decade later, when he published a book on information sources for wanderers, he invited me to write the foreword. This is that text... a bit of “digital nomad” history.

There once was a time when travel was such a disruptive and all-consuming affair that the would-be adventurer faced an agonizing choice: STAY or GO.

STAYING implied lack of movement; GOING required giving up the comforts of home. This was perhaps the ultimate freedom-versus-security trade-off.

STAYING restricted world-view to a local perspective, fed only by published snippets of secondhand experience and filtered news. GOING encouraged global perspective, but prevented the accumulation of deep personal archives.

STAYING cast human differences in the harsh light of danger, rendering the unknown a scary and alien thing. GOING revealed that in general, people are decent… it’s only the governments and artificial borders that make US dislike THEM.

Stay or go. People have spent entire lifetimes trying to make this transition, dreaming of faraway lands and someday adventures…

You can stop worrying about it, for the choice is obsolete. The world has just changed. It has been an odd sort of revolution: many don’t even realize it happened, while others have had their lives redefined so dramatically that the time Before Networking seems as primitive as the Dark Ages. I am in this latter group, and the boundaries between STAYING and GOING are so indistinct as to be meaningless. I do both at the same time.

My home is the Net, and my location on the planet is completely irrelevant.

In 1983, you see, I noticed that the more-or-less simultaneous emergence of laptop computers, online networks, and lightweight solar panels could let me remote-control my office — effectively running my freelance writing and consulting business while nomadic. I outfitted a custom recumbent bicycle for full-time travel and hit the road, eventually covering 17,000 miles around America on three versions of the machine (Winnebiko and BEHEMOTH) as well as another 100,000 in various motherships. A decade passed, during which I wandered freely, wrote books and countless tales, launched a speaking business, fell in love across the land, accumulated a lifetime of experiences, and relocated continuously… all while rooted firmly in my electronic home with nary a glitch in my sense of stability.

I’ve just been wandering around my neighborhood, dropping in on friends.

At this writing (early 1994), I am putting BEHEMOTH into retirement and building a tiny computerized, networked, solar/sail/pedal-powered trimaran — for I cannot honestly conceive of settling down in any single physical location.

Sometime during these years, I became aware of Marcus Endicott through his book, Vagabond Globetrotting, and we have stayed in touch via electronic mail and the Technomads mailing list on the Internet. We’re friends and fellow travelers, even though we’ve never actually “met,” and it is precisely this sort of thing that has led to the revolution in travel. Electronic brain-to-brain contact and vast information resources have completely redefined the concept of home, and with it, the notion of LEAVING home.

Marcus and I have taken different angles on this odd intersection between the “information highway” and the road. I’m working on a new book dealing with the tools and philosophies of high-tech nomadics; Marcus has written one telling you how to use the Network as the ultimate traveling resource. Our travel styles differ as well… I carry extensive and complex electronic networking tools; he travels with an enviable lightness and agility. The beauty of Marcus’ approach is that the cost of admission is almost insignificant, and with the resources revealed in this book you can instantly connect with current information from all over the globe, apply it to your favorite travel fantasy, and then DO IT. What once required extensive research into badly dated material is now only a few keystrokes away, and enroute you will plug into a whole community of electronic travelers who can help you make the transition from STAYING to GOING so smoothly that you might not even notice it happening.

You are holding a dangerous book. In the Old Days, it wasn’t easy to take off for Out There — there were too many mysterious barriers to overcome. Now it’s easy, and with this book you too can STAY and GO or STAY or GO.

This is your ticket. The rest is up to you.

See you in the Vapors of Cyberspace, neighbor…

(Roberts is the author of Computing Across America as well as hundreds of articles and tales of technomadic adventure. You can find his material via Gopher or Mosaic at microship.com.)