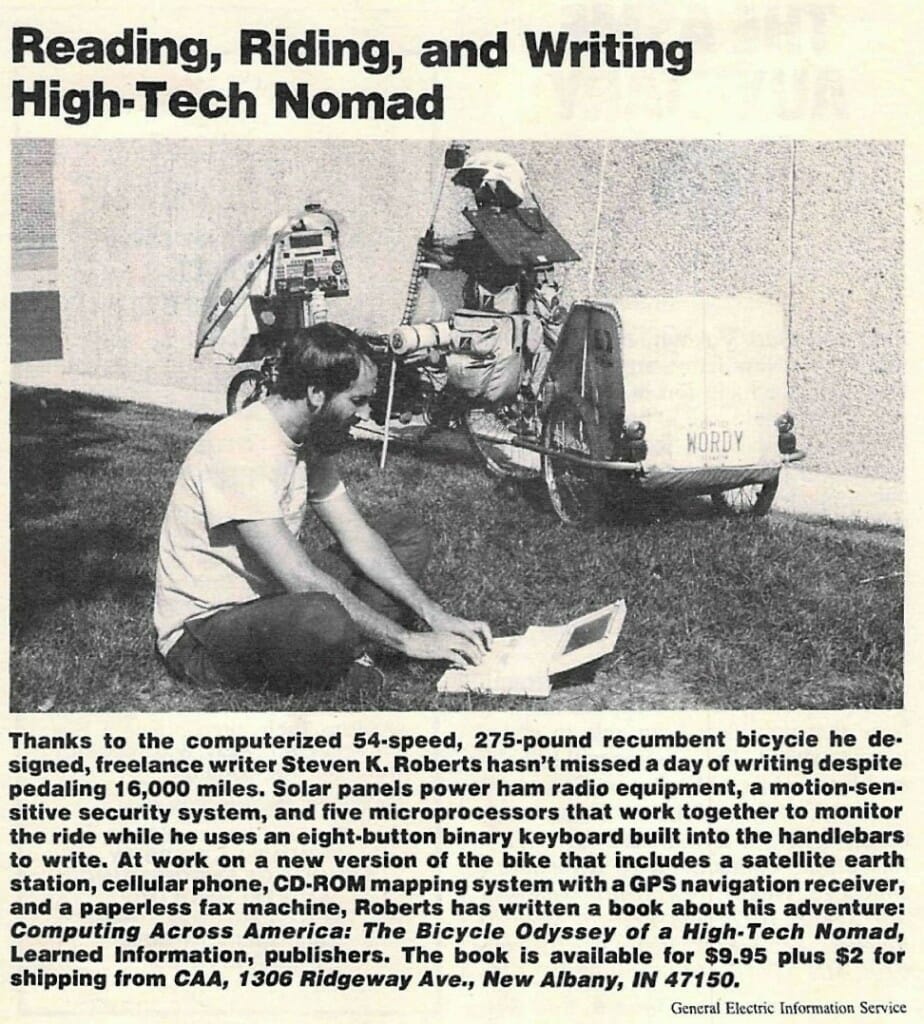 This is just a quick little photo/caption piece from the American Society of Mechanical Engineers. My father had been a member for his entire GE career, and I recall that he was delighted by this… especially with the photo from my visit to GEnie. Though I never followed in his corporate footsteps as I think he had hoped, my brushes with industry sponsors and media through this adventure helped validate my disturbing tendency (from a parent’s perspective) to avoid settling down.

Thanks to the computerized 54-speed, 275-pound recumbent bicycle he designed, freelance writer Steven K. Roberts hasn’t missed a day of writing despite pedaling 16,000 miles. Solar panels power ham radio equipment, a motion-sensitive security system, and five microprocessors that work together to monitor the ride while he uses an eight-button binary keyboard built into the handlebars to write. At work on a new version of the bike that includes a satellite earth station, cellular phone, CD-ROM mapping system with a GPS navigation receiver, and a paperless fax machine, Roberts has written a book about his adventure: Computing Across America: The Bicycle Odyssey of a High-Tech Nomad. (obsolete publisher and ordering info redacted)