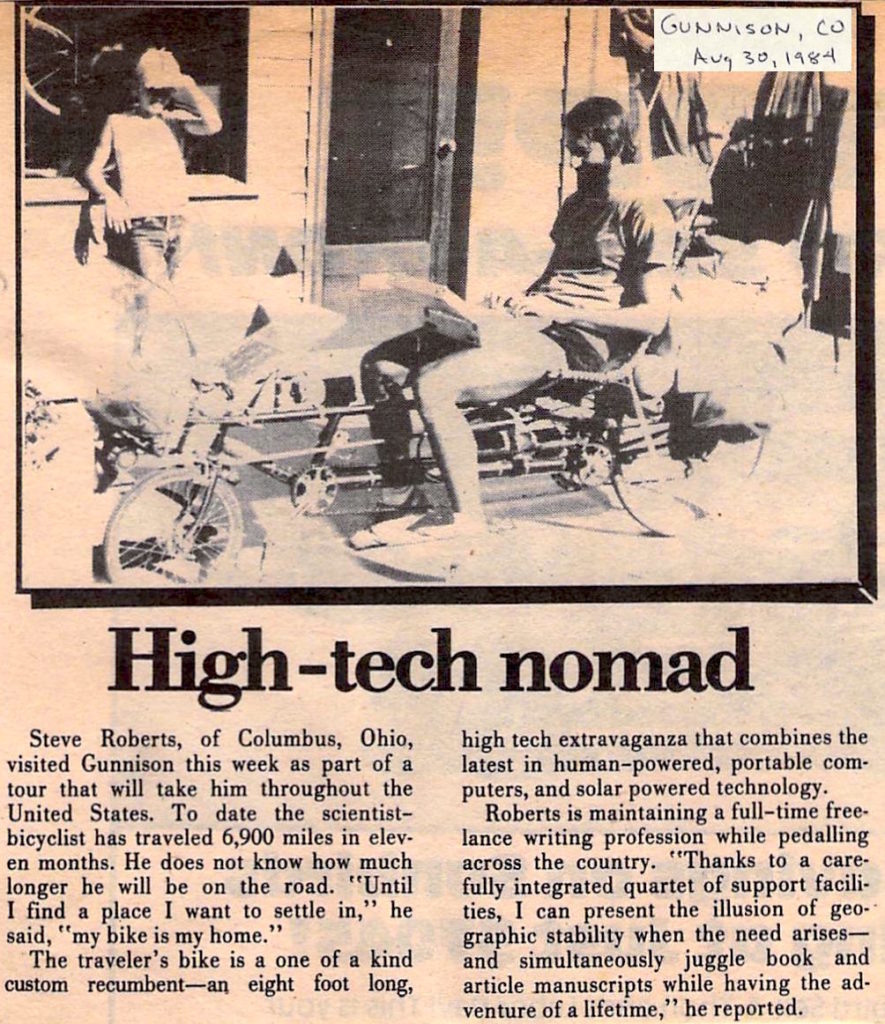 This short article in the Gunnison Times came out on the day I rode to Crested Butte with two young women, one of whom was severely injured when she was rear-ended by a truck. This cast a pall on my arrival in a magical place, and became a significant part of the book chapter about my stay… the Crested Butte coverage is over here.

Steve Roberts, of Columbus, Ohio, visited Gunnison this week as part of a tour that will take him throughout the United States. To date the scientist-bicyclist has traveled 6,900 miles in eleven months. He does not know how much longer he will be on the road. “Until I find a place I want to settle in,” he said, “my bike is my home.”

The traveler’s bike is a one of a kind custom recumbent—an eight foot long, high tech extravaganza that combines the latest in human-powered, portable computers, and solar powered technology.

Roberts is maintaining a full-time freelance writing profession while pedaling across the country. “Thanks to a carefully integrated quartet of support facilities, I can present the illusion of geographic stability when the need arises — and simultaneously juggle book and article manuscripts while having the adventure of a lifetime,” he reported.