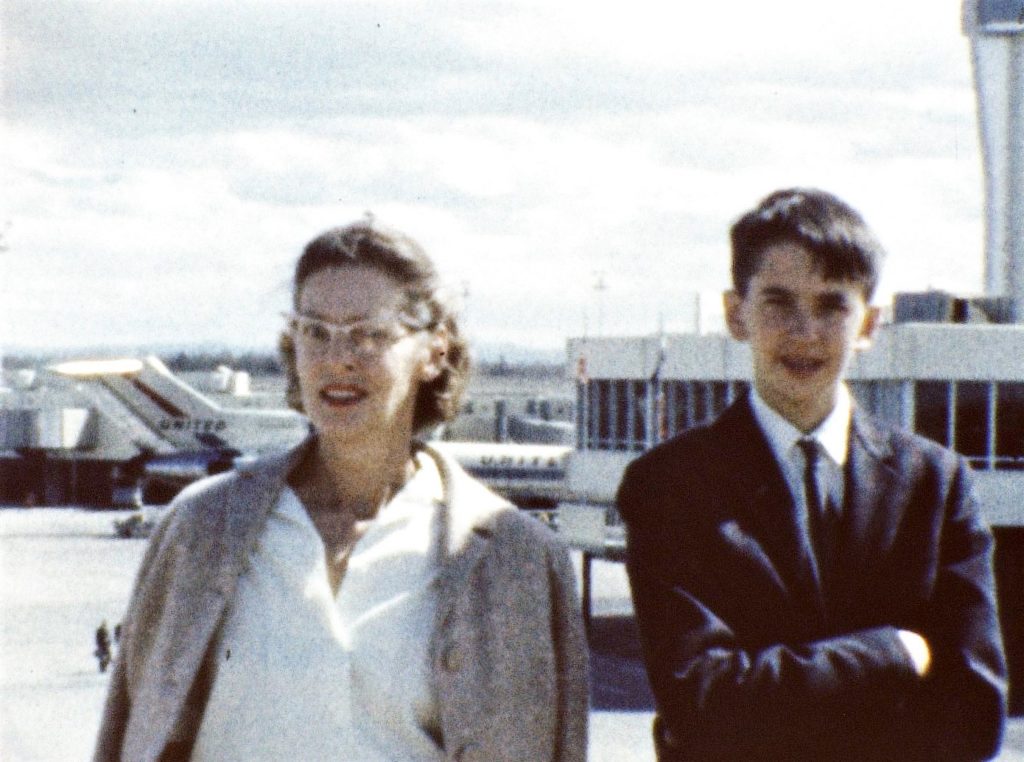 In May of 1967, I was enroute to the International Science Fair in San Francisco aboard a Constellation operated by American Flyers airline. We had just crossed the front range of the Rockies and were flying over snowy peaks, and I was gazing out the window on the right side of the plane. Suddenly engine #4 started belching black smoke, then stopped. I raised the alarm, and of course my mother said, “I’m sure they know what they are doing.” A few moments later, Engine #1 also stopped; I soon found out that they did that on purpose to balance the thrust after #4 severed a scavenger pump and overheated. They feathered both props to reduce drag.

We turned around and made an emergency landing with the two inner engines at Denver, with much drama aboard. I must admit that coming in for a landing was unnerving, with the fire engines and foam trucks flashing at the end of the runway. But we survived, and they put us all up in a hotel for the night and bought everybody dinner. One of my father’s film reels shows the passengers deplaning, and here I am looking all chill with mom in her cat-eye glasses, while a guy on a ladder fixes the still-feathered engine. Good times!

Anyway, about this time, my 10th-grade science-fair project happened, and I found the old poster (though sadly, not a photo of the machine itself… still hoping one will turn up someday). After hitting a wall on electronic speech synthesis and not yet having come up with the working model of the vocal tract that I built 2 years later, I got the crazy (and wrong) idea that I could construct speech from tape loops with phonemes… though unbeknownst to me, the Mellotron was being built around that time as a musical instrument operating on the same principles.

My system had seven tape loops as a proof-of-concept, each a homebrew tape recorder with read/write/erase head assembly, strip of magnetic tape with a lead return weight, and a reel that contacted a rotating drum (driven by a rotisserie motor) when a key was pressed. My demonstration sentence, dating this to the iconic 1967 quote from Adam Clayton Powell Jr., was: Kuh-EEEE-Puh Thuh-EEEE Fuh-AYYY-Thuh, Buh-AYYY-Buh-EEEE. Obviously, I didn’t realize before spending 165 hours building the machine that connected speech was not possible with phonemes that had neutral vowels attached, but hey, I was a dorky 14-year-old.

(I did not compete in the International Science Fair with this project; we were just visiting. My appearance in that show came two years later.)

Back on that endangered Constellation flight to San Francisco, I was smitten with a stewardess (they were still called that in 1967)… Susie. I am sure she was just being sweet to an enthusiastic geeky teenager, but we stayed in touch a bit, and three years later, when I left Rose Polytechnic Institute at 17 to hitch around the US, one of my very few destinations (no “hospitality database” yet) was Ardmore, Oklahoma — home of American Flyers Airline. I had vague visions of romance, but alas… I remember being sad when a tech named Luciano told me that “all the stews moved to Philly.” <sigh>