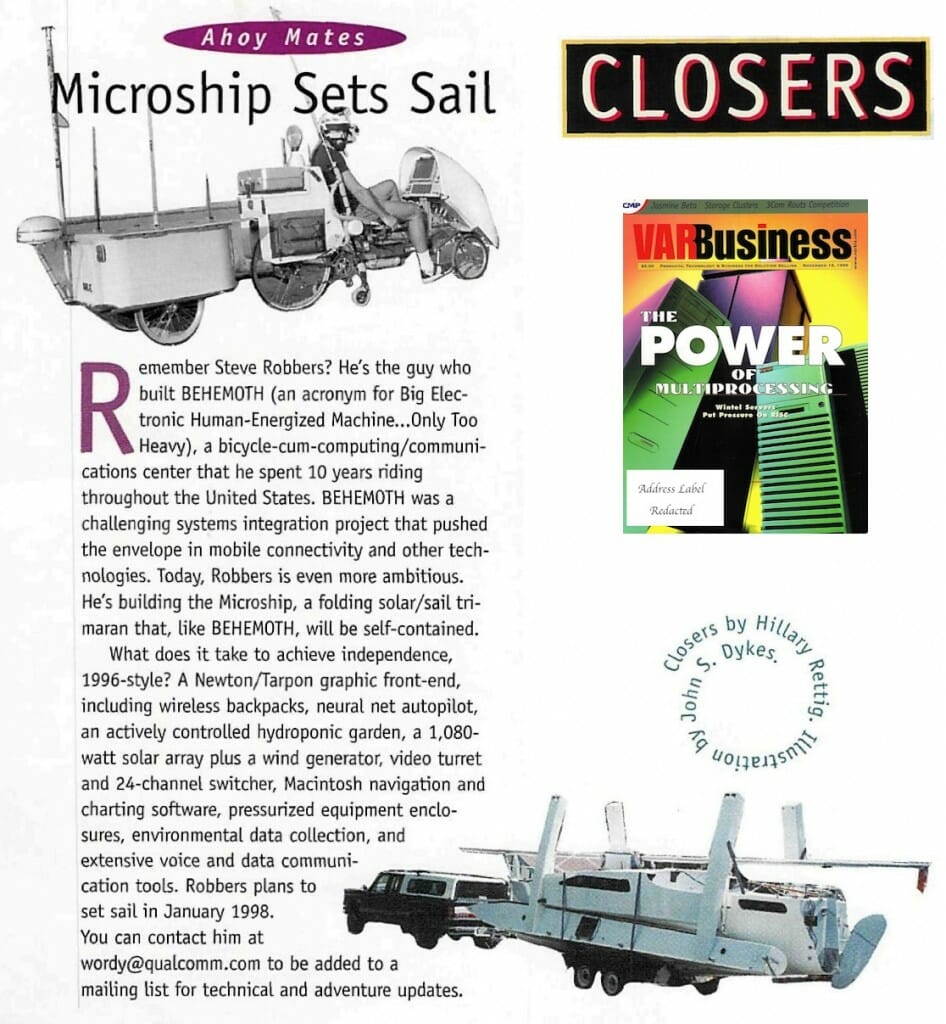 This was a tidy little snippet in the “Closers” section at the end of this trade journal aimed at value-added resellers and solution providers. This page was for fun items, and included speculation about Apple’s chances, as well as some witticisms from Larry Ellison regarding Internet terminals vs PCs (“At my home we have a cow for milk, because I just don’t trust Safeway.”) Despite my new name (fixed in the text below), I like this… it’s one of the few that carries a photo of the 30-foot trimaran that I tried to develop into a Microship substrate back in 1996-7.

Remember Steve Roberts? He’s the guy who built BEHEMOTH (an acronym for Big Electronic Human-Energized Machine…Only Too Heavy), a bicycle-cum-computing/ communications center that he spent 10 years riding throughout the United States. BEHEMOTH was a challenging systems integration project that pushed the envelope in mobile connectivity and other technologies. Today, Roberts is even more ambitious. He’s building the Microship, a folding solar/sail trimaran that, like BEHEMOTH, will be self-contained.

What does it take to achieve independence, 1996-style? A Newton/Tarpon graphic front-end, including wireless backpacks, neural net autopilot, an actively controlled hydroponic garden, a 1,080-watt solar array plus a wind generator, video turret and 24-channel switcher, Macintosh navigation and charting software, pressurized equipment enclosures, environmental data collection, and extensive voice and data communication tools. Roberts plans to set sail in January 1998. You can contact him to be added to a mailing list for technical and adventure updates.