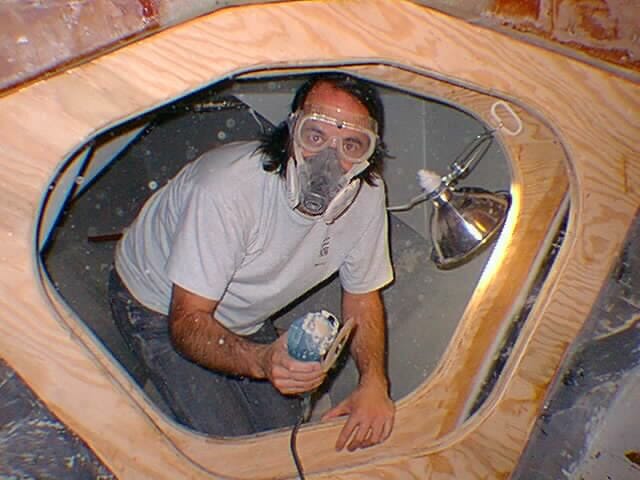 There has been an alarming increase in the number of things I know nothing about.

paraphrased (by Anomalous) from Anonymous

The above quote, which brought an amused smile to my lips when I first saw it on Henry Cate’s humor posting (Life 3.P, 1988 & 1994), is taking on a distressingly real tone. I’m reminded of it with every cruise through a scientific journal, every visit to a technical bookstore, every foot-throbbing industry trade show. Where once it was possible to feel confident about having a pretty good overall understanding of what was easy to lump together as “computers and electronics,” I now find myself in a default scattering of specialties, despite my philosophically generalist nature.

I don’t dwell on this much, since the number of simultaneous divergent learning curves always borders on madness (this week, it’s NewtonScript, fiberglass/epoxy techniques, APRS, Katakana, pressure control, both kinds of routers, and switching power supply design). Still, when I wandered by the Embedded Systems Conference the other day to cruise the exhibit floor, I was sharply reminded of just how quickly even the less-publicized slices of technology are incrementing their generation counters. The tiny surface-mount boards that reside inside products make yesteryear’s desktop systems look wimpy, and what was once the domain of DIP-level tinkerers like me is now awash in formal software methodologies, DSP, protocol stacks, fuzzy logic, Java, multi-megabyte slivers of RAM, embedded Web servers, and unhackable interconnects so small that I can barely resolve individual pins with my eyeballs — much less a soldering iron. When I recall my salad days of building industrial machine controllers using a homebrew wirewrap S-100 EPROM simulator, macro assembler (woo!), and Intel 8085 boards, the current state of this industry is astonishing.

Oh well. I suppose it’s just another reminder that complacency in any evolving field is self-delusional.

As an antidote to future gizmology shock, therefore, you can bet I’ll be at Halted Specialties this Saturday, 9/21, for the annual sidewalk sale. They’ll roll out pallets of refreshingly identifiable devices, sell discretes by the pound, and otherwise let us aging technojunkies revel in the ultimate appeal of Silicon Valley — the rich fallout from companies that have gone belly up or moved on. If you’re looking for good deals… I’ll see you there!

In Issue #111 I told you of the frenzied preparations for our first serious structural modification to the boat. The big day arrived, and with it, Randy Devol (making the ultimate sacrifice to help us by missing a day of sailing his TriFoiler!), his pal Sandy Nicol, and Ross Handy. Reluctantly sidestepping the poetic implications of this gathering, we rolled the lovely Hogfish outside and began…

It took all five of us to do the job, as it turned out — lots of running up and down the IBM steps, mixing batches of goo to address viscosity needs ranging from warm honey to peanut butter, cutting exotic glass cloth, and so on. Randy set to work shaping a 3D puzzle of insert blocks, which were mostly chunks of the heirloom-quality 2×8 Doug Fir plank nestled inside the original box beam from which I had roughly excised the original mast step.

We inserted new 1/2″ marine plywood floor and walls to repair the foam-core box beam, filleting and glassing the inside of the resulting “trough” with 3 layers of unidirectional S-glass oriented athwartships and one layer of 25-oz X-mat. The entire cavity was then filled with the shaped blocks and all voids were glopped generously with West System epoxy thickened by colloidal silica, high-density filler, and microfibers . Atop this went another layer of X-mat (overlapping the beveled bottom skin of the deck surface, and over that went a piece of 1/2″ marine ply shaped to fit the overall hole. This was well puttied into place, and left that way for now (though it will have a heavy overcoat of X-mat and uni after I shape it to fit the deck).

Inside, we cut a couple more plywood replacement-core pieces for the exposed deck holes fore and aft of the beam, prepped the whole region with the new Makita mini-grinder, and glassed the underside with 2 uni layers along the beam, 2 more from deck-to-deck fore-aft, 2 layers of X-mat, and a 10-oz cloth finishing layer. It all looks quite lovely, though the entire freehand step-extraction hole was about a inch to the left of centerline and the bottom board is tilted slightly to the left as a result. No, I am NOT going to saw it out and do it over!

To finish the mast step, we need to mill a horizontal land (counteracting the deck slope) in a flawless 9″ diameter 3/4″ aluminum plate donated by David Berkstresser, thread it for the 2″ stainless trailer ball, create suitable relief in the now-solid decking, and bond the whole mess together. At that point, there will finally be a place to mount the 40-foot stick.

Inside, we’re proceeding on the other major structural project — a pair of bulkheads that further distribute compression loads out to the hull. We have elected to forego the compression post, and are making up for it by laminating oval door framing around the pass-through opening and liberally glassing the resulting web. The space between the bulkheads provides a 12V battery bay for the control systems, a perfect nest for pressurization hardware, and a wee bit of shelving.

A spinoff of all this work is the disambiguation of most key dimensions, so I suddenly have real data with which to begin fabrication of the console enclosure, centerboard trunk, desktop, bench seat, and doghouse/companionway assembly. Gee. It sounds so easy when you string it all into one sentence like that. Thanks go to Jim Antrim and David Berkstresser for extensive consulting input and advice that has helped turn a lot of vague hand-waving into an elegant structural design…

Just a quickie on this until it becomes more real, but it’s important: I’ve finally nailed the general layout of the 5′ x 2′ main control/comm console, about 18-20″ deep. It will take the form of three 19″ rackmount bays, and I think the best solution to resolving the issue of accessible and unsealable front panels versus stuff that has to be isolated no matter what is to have TWO levels of pressurization. The overall enclosure will thus be maintained just slightly above ambient, with no great expense from the frequent opening of Lexan doors to access radio gear, change a CD, reset a circuit breaker, etc. The two bays on the left are devoted to power management, battery charging stations, ham and other RF comm gear, and devices that involve interchangeable media… all of which need to be easily accessible without trauma or worrying about power budget.

The rightmost bay is the control system, and contains the main Macintosh as well as the Hub, multiple nodes, peak power tracker, video gear, Grand Central Station, and a lot of other microelectronics. The front of this section will consist almost entirely of LCDs and indicators, mounted behind a smooth Lexan panel. This whole module will run at a higher pressure than the general enclosure that contains it, and will interface with all the other internal devices via a forest of sealed ribbon feedthroughs and Phoenix contact blocks.

All I/O to the ship will exit as a bank of waterproof connectors on the left end, and as with BEHEMOTH, everything will be accessible for service by means of folding panels, drawers, and any other tricks we can think of to cram all this stuff in. Stay tuned for much more on this…

No, that is not a misspelling. Another important development took place in response to encouraging early work by Chris Burmester on the Tarpon (wireless Newton) front-end tools: it suddenly occurred to me that writing two versions of the same essential graphic user interface in two very different languages may not be the best use of human time. As you may recall, I had planned on using HyperCard as the front end for all the control systems, but the portability of Digital Ocean’s Tarpon made it more sensible for backpack use. Still, I expected to use HyperCard (still an ideal approach with infinite graphic flexibility) for the same thing on the ship.

But consider this… if we write the full hierarchy of 90 or so NewtonScript views for the Tarpons, then porting that to wired Newtons on the ship is a simple task. Every “control panel” is then identical (and update versions won’t get out of synch!). The new plan, therefore, is to seal standard Newtons into all the operating areas of the ship, use the wireless Tarpons in the manpacks along with voice/APRS nodes, and let the console and cockpit Macintoshes take care of navigation and mapping, video, networking, decktop publishing, writing, graphics, and all the other things they do so beautifully. Control panels won’t have to hide behind other active windows — they’ll always be right there with tethered styli, drawing minimum power, connected permanently to a low-power Mac that’s always on and acting as a gateway between AppleTalk and the Hub’s console serial port. Easy!

I know, I know… I’ll call the network Pen-BaseT!

Thanks this issue go to Jeremy Heath, another one of our UCSD students who has successfully escaped into industry and moved to Silicon Valley. He spent a day with us recently and offers ongoing help. John Cassady, likewise, is on board for general assistance — we met at my FORTH Interest Group talk and he spent the afternoon here this past Sunday. And David Harris, whose wiring skills are reflected in BEHEMOTH’s high-density cabling, was here last night and is now working on the manpack APRS-based GPS location tracking nodes.

We’ve had an interesting piece of equipment on loan for a week or so — Mike Saari’s eBIKE. This is an electrified Tour Easy recumbent with a lycra fairing, and zips along at about 22 mph (more if you help it by pedaling). Faun rode it to West Marine for work yesterday, a round trip of 25-30 miles, and loved it. He’s working on making these into a product with various recumbent platforms, so we’re offering commentary on packaging and integration.

The announcement of the Second Annual Electronic Garage Sale in the last issue has brought lots of responses, and we’ve been busy packing things and taking them to UPS. But there’s still lots of stuff here and more being added to the list — let me know if you want a copy.

We’re off Monday for the speaking gig at the Art Center in Pasadena and will be hanging around at Halted this Saturday… hope to seeya!