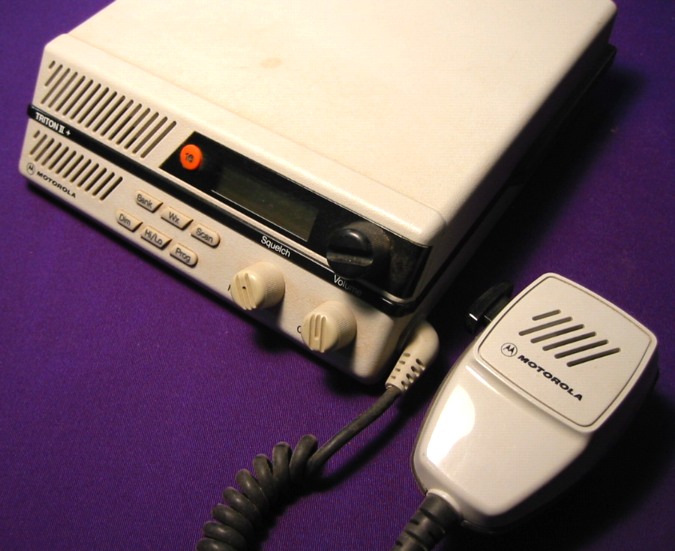 I’ve been sitting here with the blank screen syndrome for a few minutes, and finally recognized the problem: Microship progress in the past 2 weeks has been on so many scattered fronts that it’s a bit hard to come up with a cogent title. So I won’t. (Hey… If you travel to lots of random places, would it be a non-sequitour?)

Anyway, I first offer this footnote on the Volunteer Meeting/Party, written by Dan Burdick in response to my posted thanks to the group. He eloquently expressed one of my major motives in this whole crazy affair — the pleasure of hanging out with interesting and creative people:

“Whoa! I’m the one who does the thanking! The party was extremely wonderful for me…there’s nothing like knowing that you’re kind of weird when compared to most of the people you have to hang with in your life, and then finding a group who shares the same philosophical approach to existence that you do. It’s like going home to a loving family. In my overflow of excitement, I hope my resulting bizarre forms of behavior and humor did not dilute the sobriety and prestige of your appropriate and realistic project.” — Dan Burdick

Speaking of bizarre behavior, we’ve managed to cross a few things off lists and even color in a box on the almighty PERT chart since our last report. In #98, I mentioned Gary and Michael Fariss; they returned last Saturday and put up the first incarnation of our HF vertical antenna. It’s a 30-foot PVC noodle with a copper wire up the middle, initially supported by three levels of three international-orange guy lines each (warns away the aircraft). The pasta monopole is rather an imposing sight on our flat building, actually…. though the storm last week empirically derived a second solution to the stress-vector equation that involved TWO driven-element intersections with the plane of the radials. Rev 1.1, implemented a few days later with four guys at each level, is now raking the SJO approach path — so I put the final touches on an all-automatic temporary implementation of the tuner (no remote control) and am about to drywall-screw it to the inside roof and load ‘er up. CQ CQ DE N4RVE…

This will require going aloft, of course, and the first 6′ of elevation change will be via our handsome new Microship access steps. We’ve been clambering onto the boat and over the stern pushpit via an upended bucket and the scoop transom — a clumsy and dangerous process. But Steve Prior took a “geek’s vacation” from IBM last week, flew here from Connecticut, considered the various hacking projects in the Job Jar, judged them a bit too much like work, and elected to do something physical that offered a fair shot at short-term completion. The steps fit this model perfectly, and with the aid of a back-of-envelope-style design sketch from David Berkstresser and about $150 of stuff from Home Depot, he did a spectacular job. Never thought I’d get excited about a flight of stairs, but these are lovely… 3′ wide, with a 2×3′ platform on top and absolutely stable structure. The finishing touch was a pair of lawnmower wheels salvaged from the cart Gregg Zahn in Los Osos made for my Sealution sea kayak a few years ago… now we can take our steps for a walk without hurting our backs. Ain’t technology wonderful? A big thank-you goes to Stairmeister Steve and our perennial mechanical consultant, David (who, as of last week, is the father of a new microhuman — Ian Dale)

Let’s see. I made a bit of progress also during this period… most notably, adding the second sensor to our data collection suite. The Hub now has an LM335 temperature transducer, scaled by an LM324 op amp, sitting on A-D channel 0. I wasn’t sure of the long-term range need, so I put in pots for offset from absolute zero and gain — at the moment, 0-50 degrees C is mapped to 0-5 volts, but there’s nothing sacred about that since the real world will require a lower bottom end (unless we plan our travels intelligently). In retrospect, it’s all terribly trivial, but as with all electronic projects there were a few confusions and learning curves. This now joins radiation in the set of variables that will be used for data logging and virtual cockpit testing on our web server.

We have a solar/battery/thruster consultant now — Otmar Ebenhoech, motor controller wizard and electric car developer. (He and Andrew Letton are on the same team, and borrowed our Motorola Radius handhelds for the big race in Phoenix a couple of weeks ago.) Otmar visited the lab on 3/8, and significantly demystified the peak-power tracker issues for me… basically, since our array of 36 PV modules will be plagued by highly varible rigging shading, we have to match each panel’s output optimally to the load to keep things efficient. It looks like this can be done with a single processor and a multiplexed A-D monitoring the current of each panel (60 watts, two 30-watt modules in series), updating a bunch of bussed PWM counters accordingly to control dedicated switch-mode chargers. These will all be summed into the battery. In the other direction, “regenerative braking,” otherwise known as charging under sail or while anchored in current by turning the prop, will work similarly. You’ll be hearing much more about this as it develops…

Finally, the rigging project took another step forward with a visit last week from Buzz Ballenger. He’s not a sponsor (alas), but has built many a rig for trimarans of this general scale and flavor, and is not the least intimidated by the retrofitting of mast, boom, shrouds, stays, and all the associated running rigging onto something designed for a freestanding carbon wing mast. All we gotta do in the meantime is put a few chainplates in the right places, locate the traveler, and, well, you know… rip out the old mast step and drop a bulkhead and mast partner/step in its place. <shudder> Know any good fiberglass guys with experience in cored hulls?

Continuing in our non-sequitur theme but providing a visual break with a gratuituous sub-head, we have a number of other updates since last we posted…

First, I’m really embarrassed. In #98, talking about the trailer, I said, “so we may yet maximize our stone-to-bird ratio.” I meant the opposite, of course. <sigh> The metaphor is rather gruesome, anyway.

Second, the Fulmar trimaran is now in Texas… we were fortunate enough to meet a West Marine manager (Larry Farris) who is moving from Sausalito to run the store in New Orleans. We bit our nails daily as the highway misadventures were reported in nightly phone calls, but the boat has been safely dropped off at a thoroughbred pasture in Dallas (where our New Micros sponsor keeps his horses), awaiting the return of her new owner from a trip to the islands that will be her new cruising grounds. For a great look at this little boat, which I already miss, see the April issue of SAIL magazine.

Third, speaking of nomadic vehicles, I have one to give away. I’d prefer a tax-deductible donation, but I’m not going to be TOO picky… remember the school bus that was the substrate for the last year or so of the Miles with Maggie epoch? It’s been sitting for the past half-decade at Alan Selfridge’s place in the Santa Cruz mountains… and now he wants to use the land underneath. And I don’t need a bus. If you have a good application that can prevent the waste of sending a cool 35-foot converted school bus to a junkyard, let me know soon! It hasn’t been started or licensed in years; all costs and hassles of moving it will be borne by the new owner. But it could be a great office or home for the right person… or a wonderfully funky nomadic gas hog. We put 16,000 miles on it and parked it… then Maggie lived in it for a couple years before moving to Colorado.

I still acquire heavy things, of course. Staring at me in mute reproach at this very moment, for example, is a huge Wilson 3-station weight machine that I just bought used. Faun and I are spending far too much time at our desks… this will be our daily sweat therapy. (So far, I sit on it and wait, but never get any stronger.)

Finally, our sponsor toast this week goes to Motorola, maker of magical RF things in addition to most of the microprocessors that run the ship. The latest shipment was a robust, industrial-grade pair of marine VHF radios — the Triton II+ shipboard unit and the Triton MP+ handheld. As with most Motorola radio products, these are obviously built to stand up to real-world abuse, with excellent audio, RF, and power-management performance. In the same box, our sponsor tossed in a few additional GMRS handheld circuit boards, giving us enough to ensure a low-power built-in UHF voice node in every backpack, kayak, and mothership. Thanks, Motorola!!!