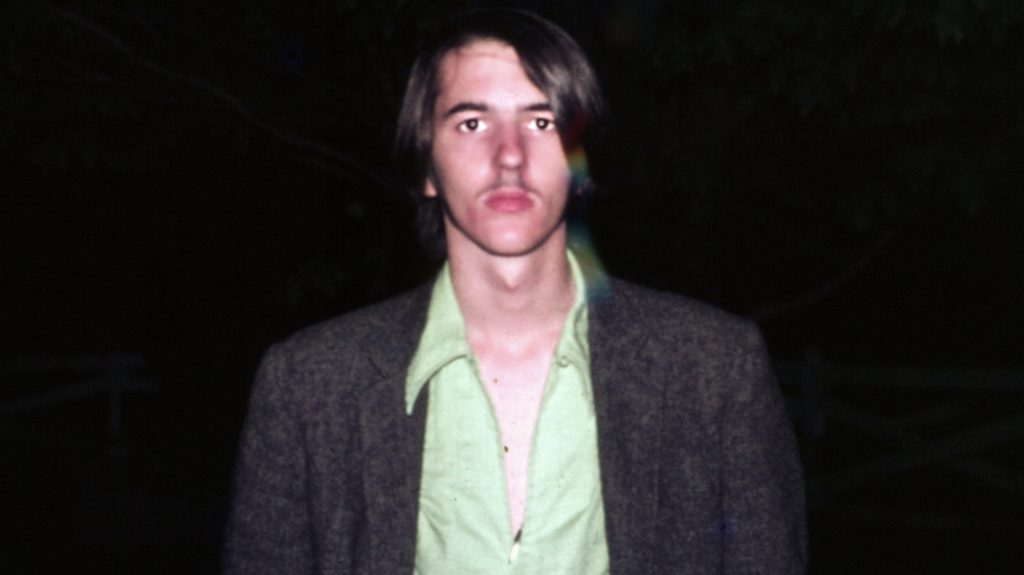 In 1971, I made a strange decision… after about a year of being on my own, working as a deckhand on barges and then installing Autovon central-office phone systems on Army bases, I thought I’d join the Air Force as a way to get a degree (since I had cut the cord by dropping out of college halfway through Freshman year). There is more about this strange epoch in my Prehistory of a Technomad story so I won’t repeat it here… but this is a fuzzy little treasure from a long-buried reel of 8mm movie film. I had been working at Fort Benning in Georgia, and drove home to Kentucky to drop off all my worldly goods before getting transported to Lackland AFB for Basic Training. Surreal memories…

Anyway, my father picked up the camera and got about 30 seconds of his lanky 18-year-old son… complete with the VW bug pulling a U-Haul, the anemic Kawasaki Bushwhacker 175, and my cherished long hair that was about to be shorn to a buzz cut (hugely symbolic back then). The background is the old family home in Jeffersontown, in front of my mother’s 1963 Mercury Comet.

I barely recall those odd few days, hanging out in my old home while acutely aware of the abrupt change that was about to occur. I played with my camera out in the field… here is the bulb setting with the flash on a timer: