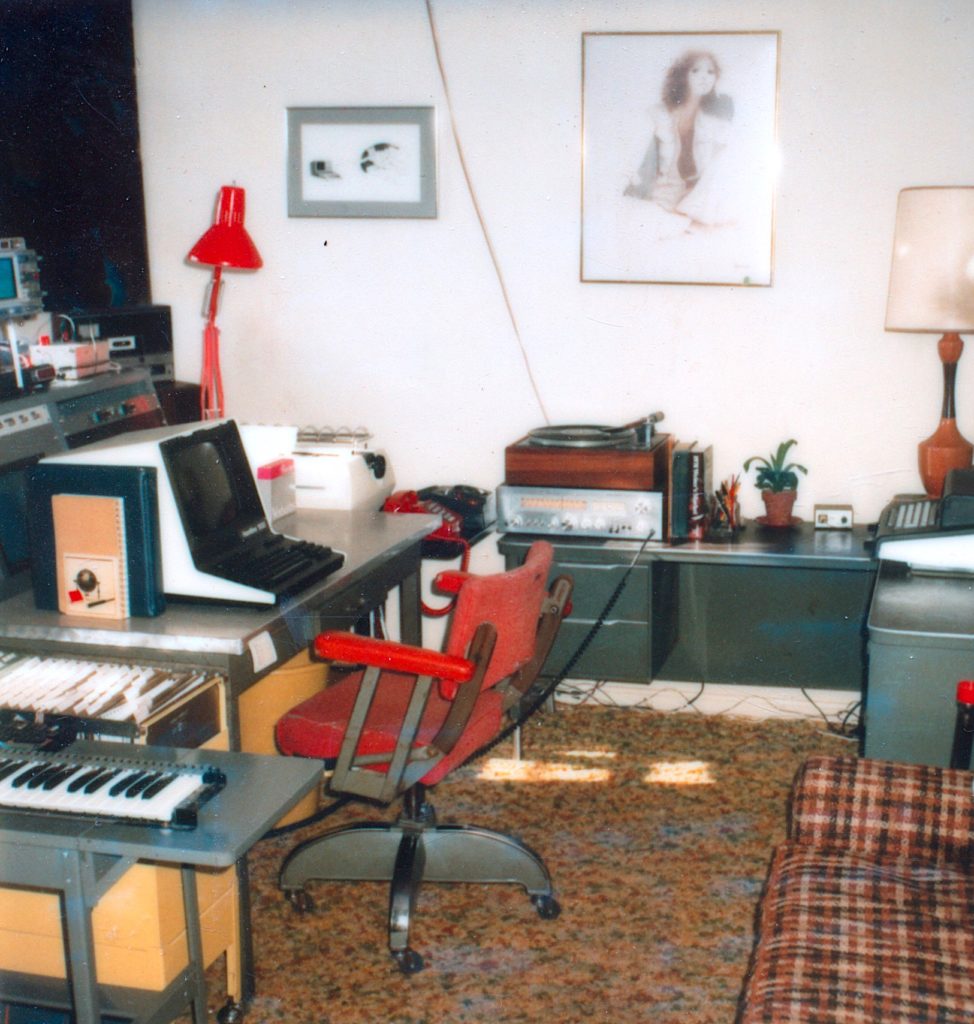 During the late ’70s, after total immersion in my homebrew 8008 system and a couple of lightweight machines, I needed a solid personal computer for writing, hacking, consulting projects, and music. I chose the Cromemco Z-2D as my primary machine, and added a custom memory-mapped (DMA) display, Diablo daisy-wheel printer, and various development tools. Somewhere in there, I sent a photo to Personal Computing magazine, and a tearsheet turned up decades later in the Deep Archives. I had just built a polyphonic music keyboard interface that was published in Byte, and was a 26-year-old geek who was yet 5 years away from crazy things like computerized bicycle adventures.

We asked for photos of your home or small business computer set-up back in our March issue. Pictured here we have once such set-up — Steven Roberts’ “home” computer system in Jeffersontown, KY.

At the time of the photo, Roberts notes, activity focused on the musical aspects of the machine, but rotation of the CRT ninety degrees to the right returns the configuration to normal.

Roberts uses his system, which occupies 60 percent of his living room, for four main functions: hardware/software development for customers of Cybertronics, manuscript and letter text processing, music composition and synthesis, and fun and games — “listed in order of their cost-justification.”

As a development system, the Z-2D with Cromemco CDOS and other resident software is hard to beat, Roberts feels. His primary business activity involves the creation of customer micropprocessor systems for local industry, often in “somewhat bizarre configurations.”

As a text editor, the Diablo printer (hiding behind the table) makes life easy, Roberts says. He noted, again, the flexibility of Cromemco’s software, especially the editor, as making the difference between his earlier “hobby” systems and this one.

For music applications, the keyboard scanner and other dedicated hardware take the repetitive functions away from the CPUs, allowing real-time algorithmic functions. Under development is an FFT processor that will allow input via flute, rather than the the keyboard which, claims Roberts, leaves him regrettably befuddled.

In the fun and games category, when time permits, Roberts says he plays chess and other residents of the Cromemco games disk.

Although his living room might not be an interior decorator’s fantasy, Roberts says “its evolving contents manage to keep me off the streets.”