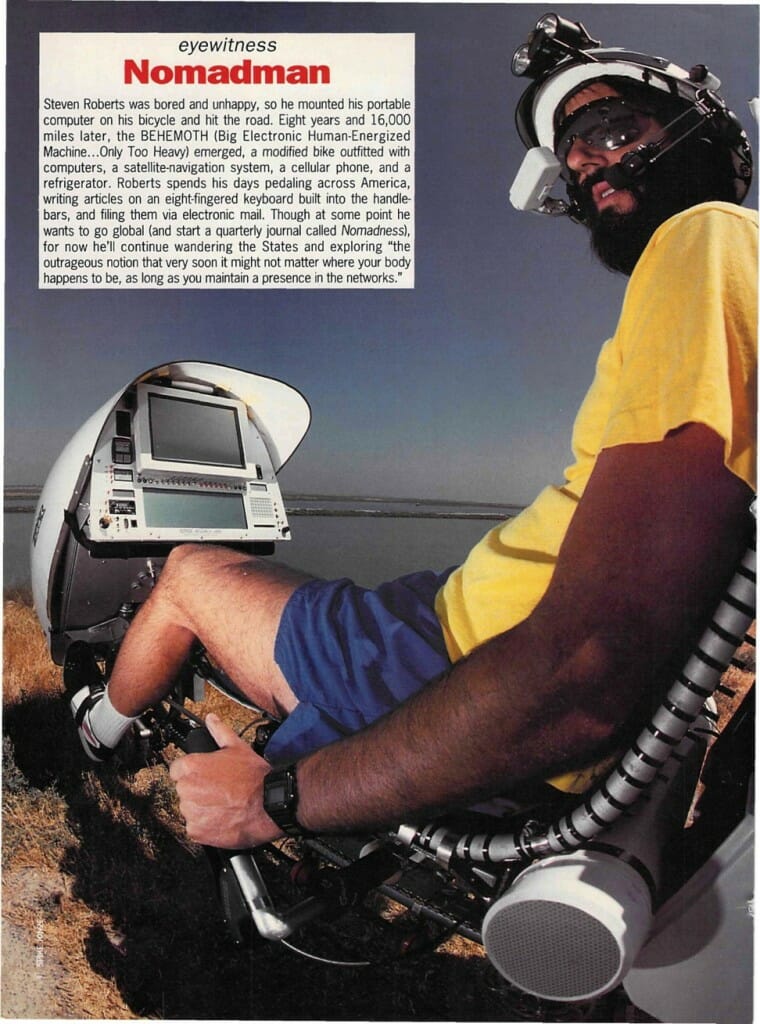 The photo above was taken while BEHEMOTH was under development in the Bikelab at Sun Microsystems (clues include the Zzipper fairing instead of the fiberglass one custom-molded to the console, and the lack of cable harness connectors at the four Lemo sockets on the underside).

Steven Roberts was bored and unhappy, so he mounted his portable computer on his bicycle and hit the road. Eight years and 16,000 miles later, the BEHEMOTH (Big Electronic Human-Energized Machine…Only Too Heavy) emerged, a modified bike outfitted with computers, a satellite-navigation system, a cellular phone, and a refrigerator. Roberts spends his days pedaling across America, writing articles on an eight-fingered keyboard built into the handlebars, and filing them via electronic mail. Though at some point he wants to go global (and start a quarterly journal called Nomadness), for now he’ll continue wandering the States and exploring “the outrageous notion that very soon it might not matter where your body happens to be, as long as you maintain a presence in the networks.”