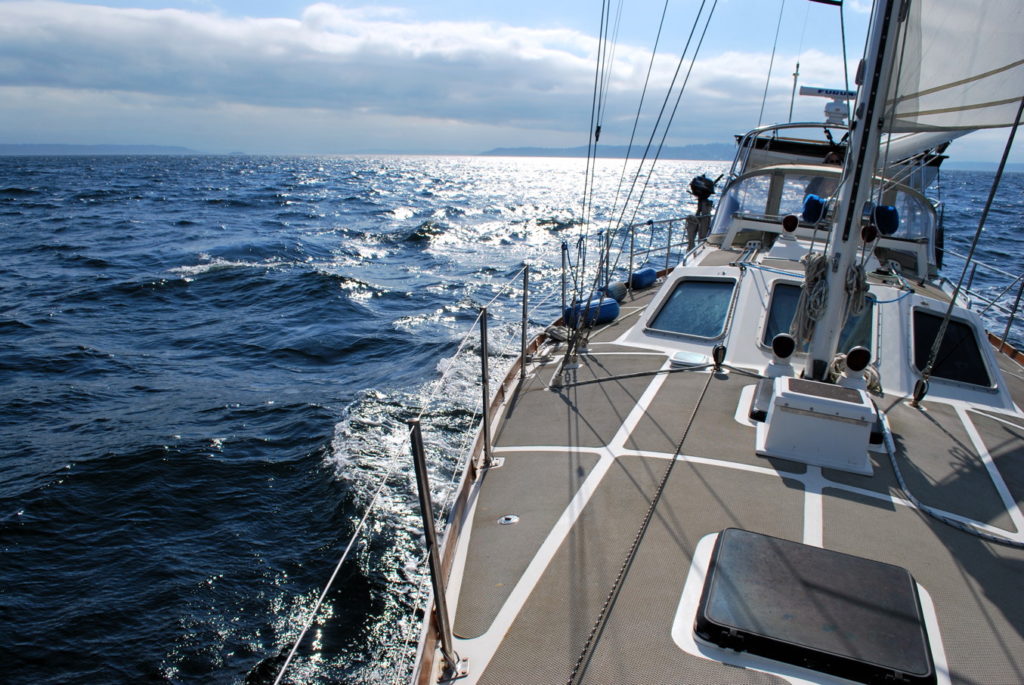 After landing in Olympia and doing an extensive haulout, Sky and I parked both Nomadness and Dervish at West Bay Marina… having a go at exploring home-base alternatives and otherwise trying to decide what next. I had tired of Oak Harbor, logistics of living on Camano Island weren’t making sense, and the correct formula had not yet materialized. Somewhere in September, I explored an ill-fated business plan involving the Everett Marina, so I decided to move the boat back north. My friend Dave Robb, always stalwart and capable crew, joined me for the voyage… and these are the best of his photos from the 2-day trip (with overnight layover in Gig Harbor). 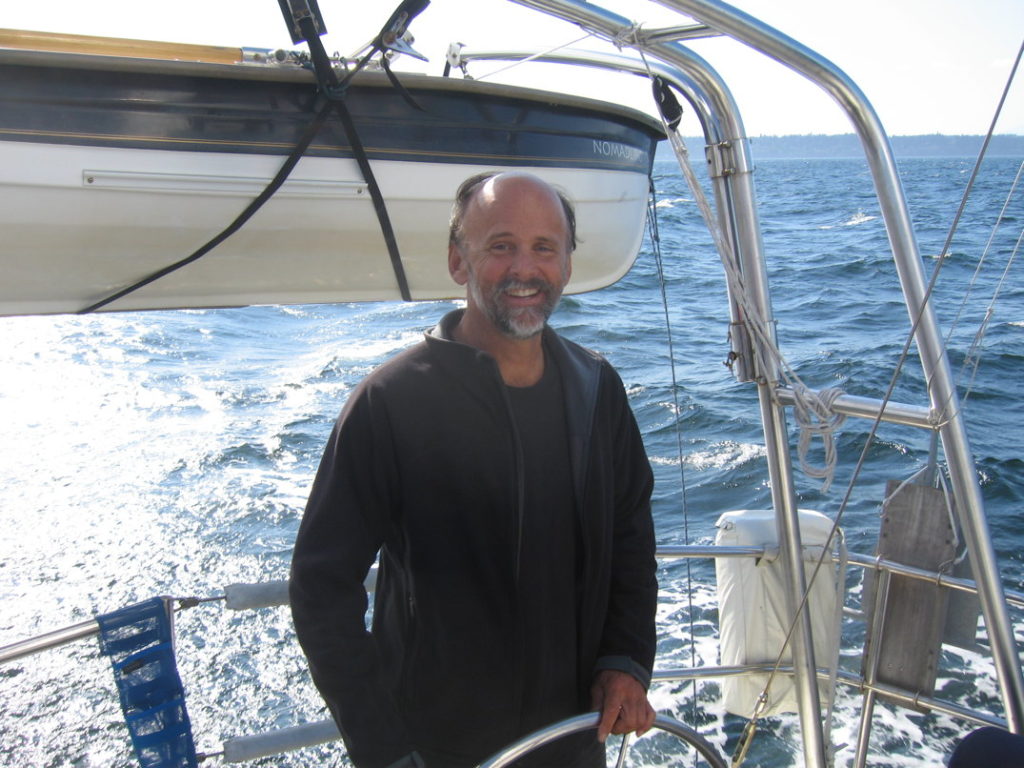 All images below are Copyright 2010 by David Robb of Bellingham, Washington. 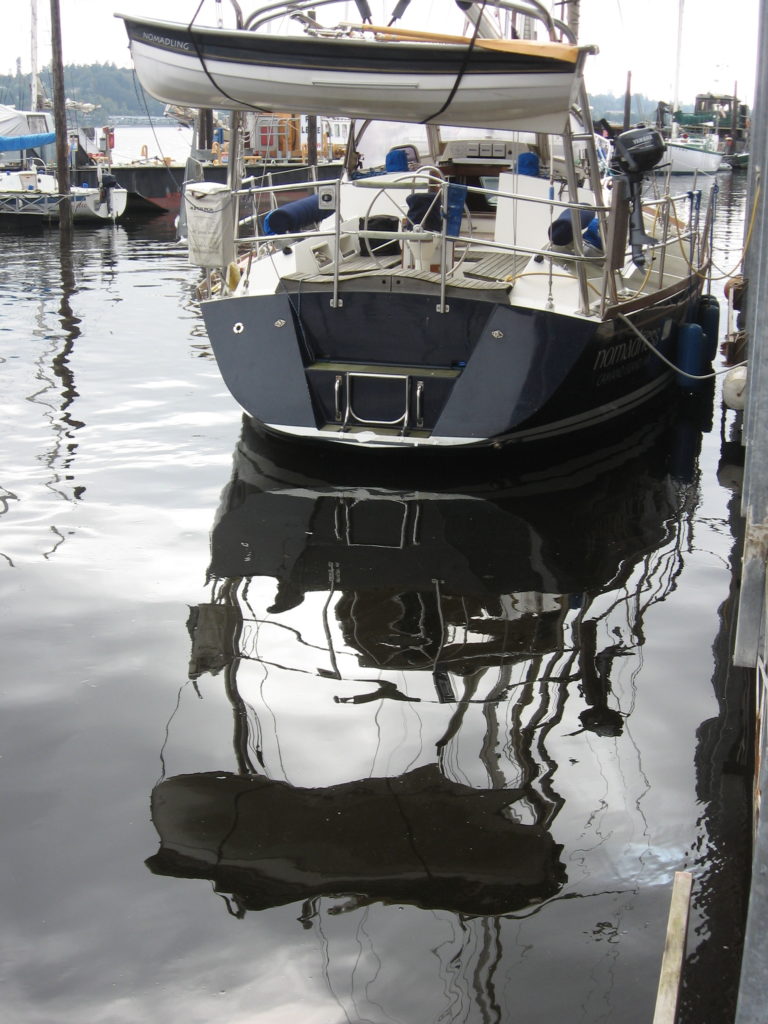 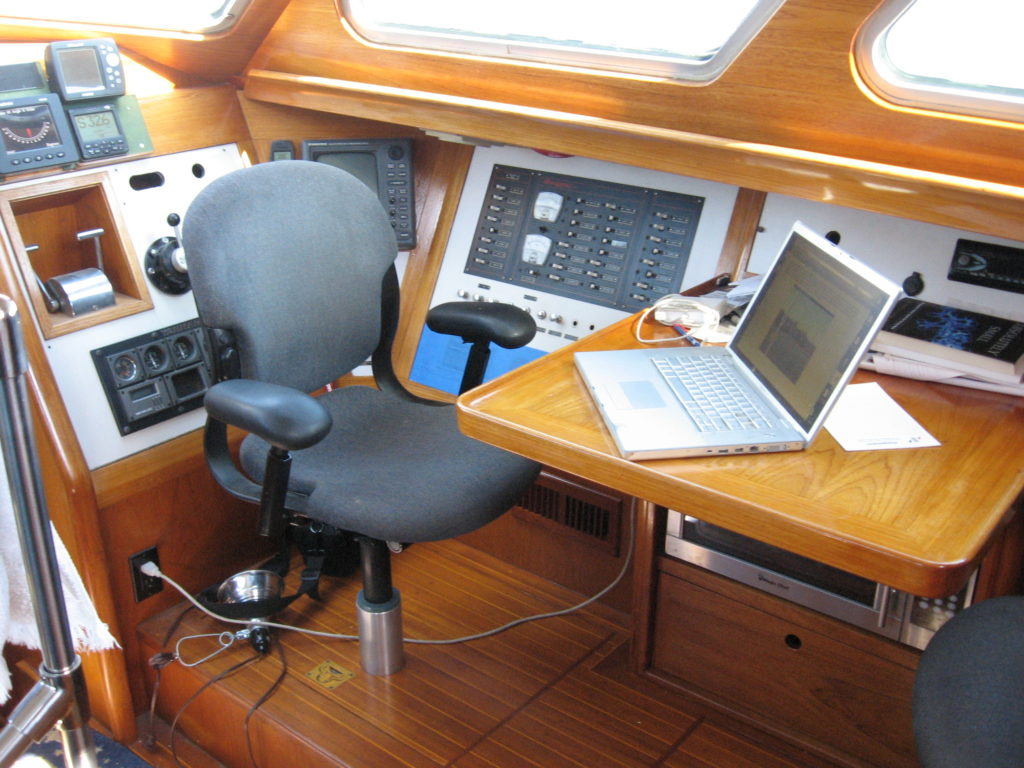 The Nomadness inside helm station 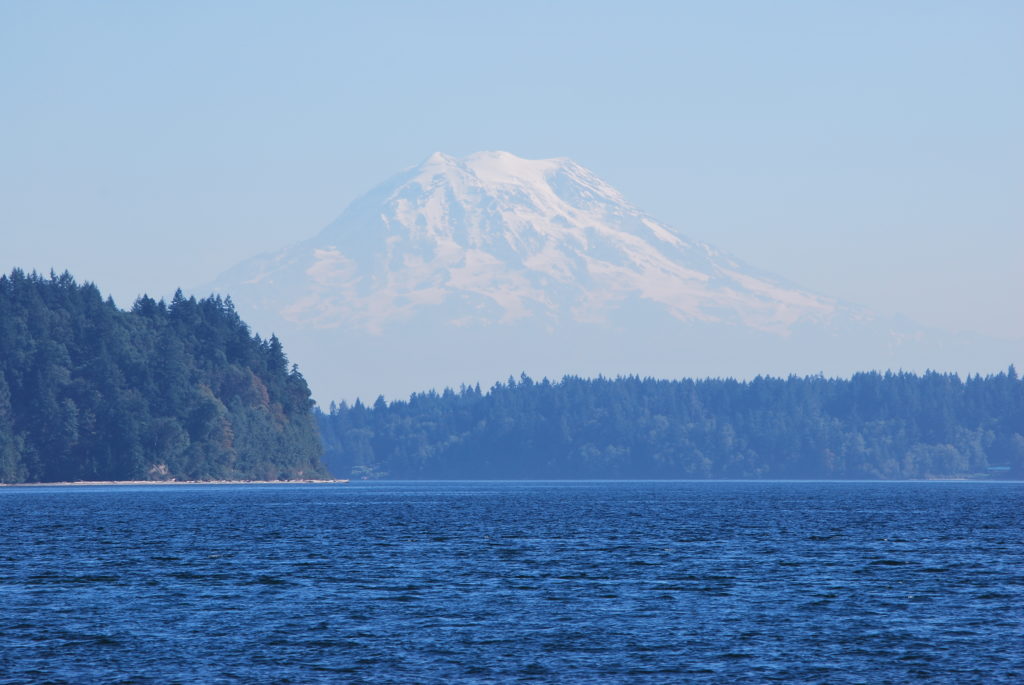 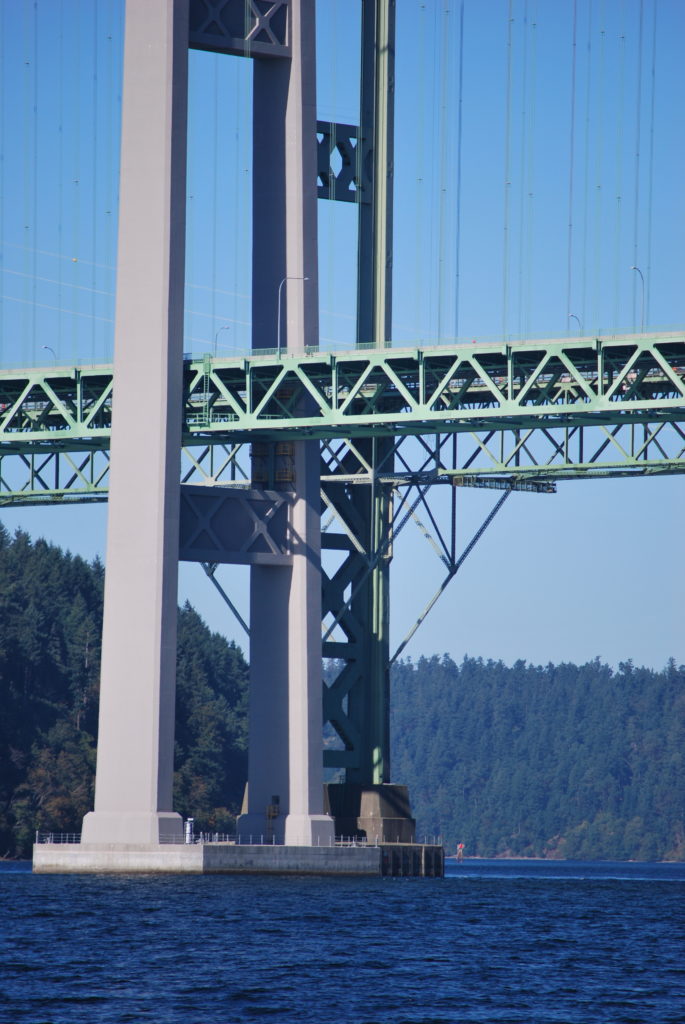 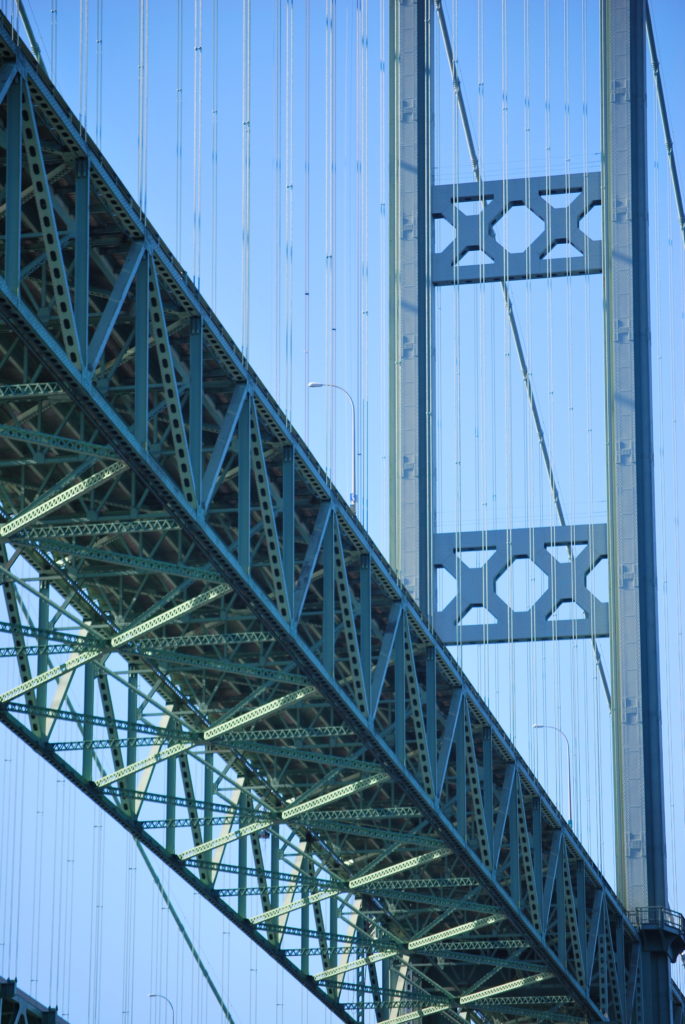 Passing under the Tacoma Narrows Bridge 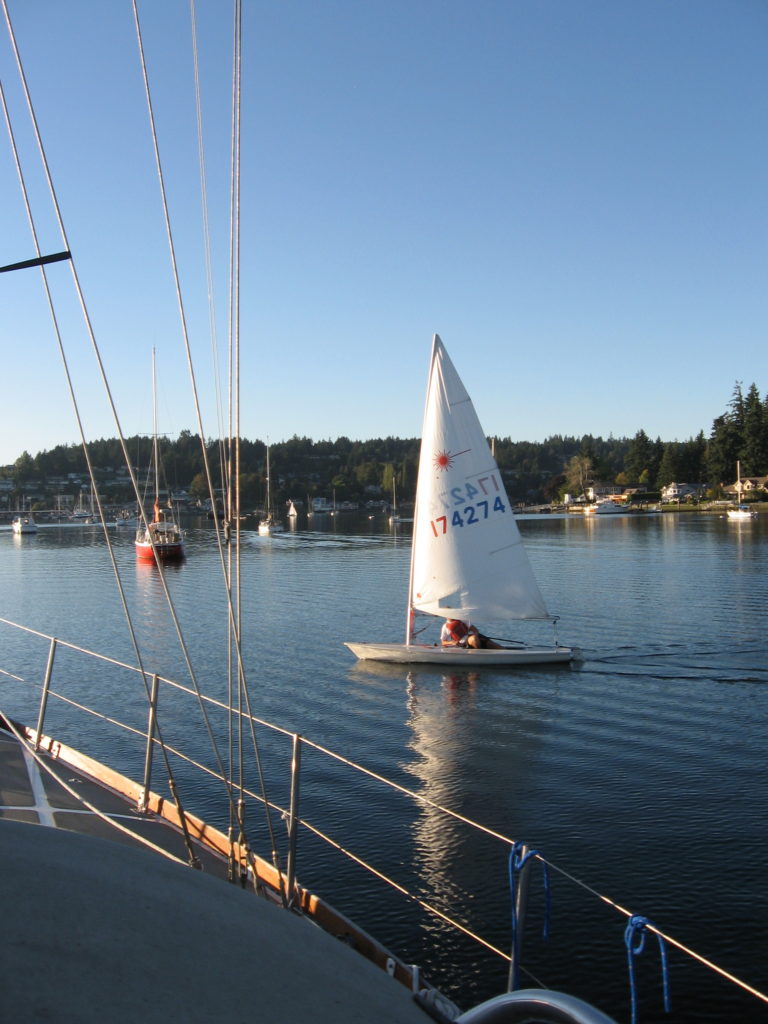 A Laser in Gig Harbor 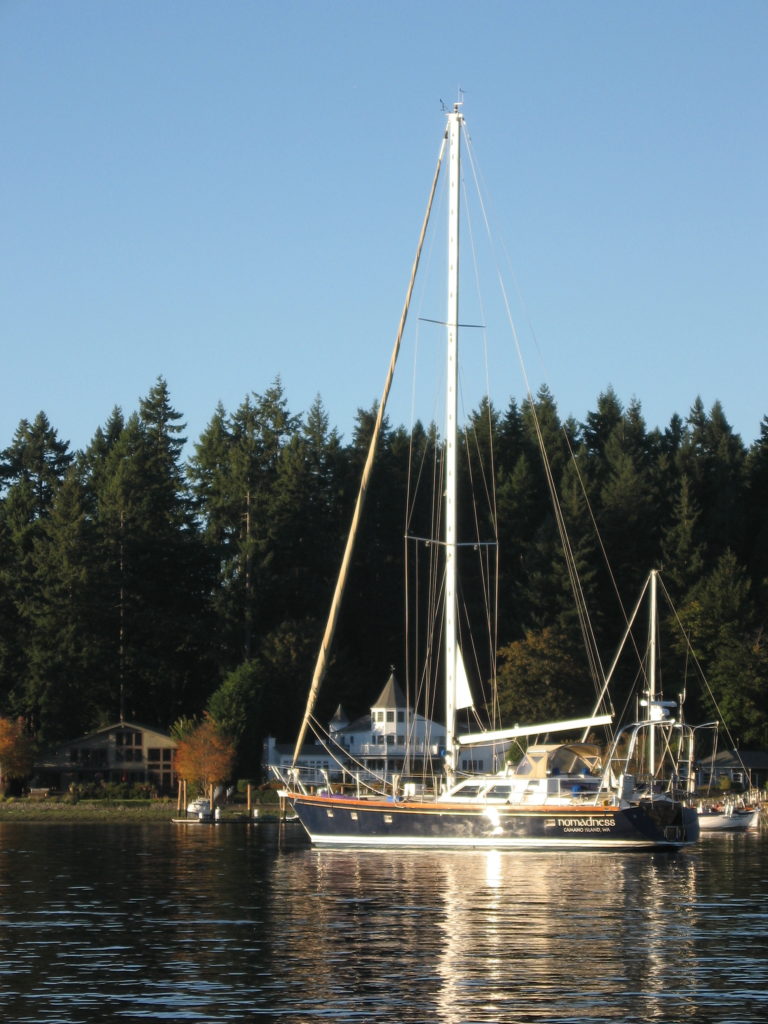 Nomadness at anchor in Gig Harbor 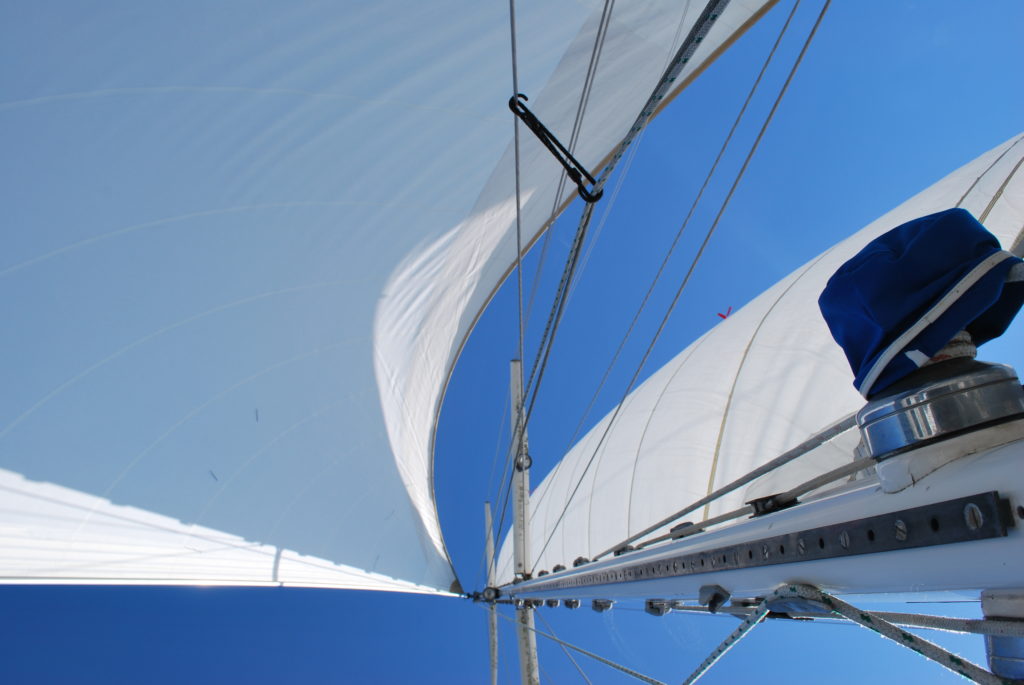 Gazing up at the Nomadness rig 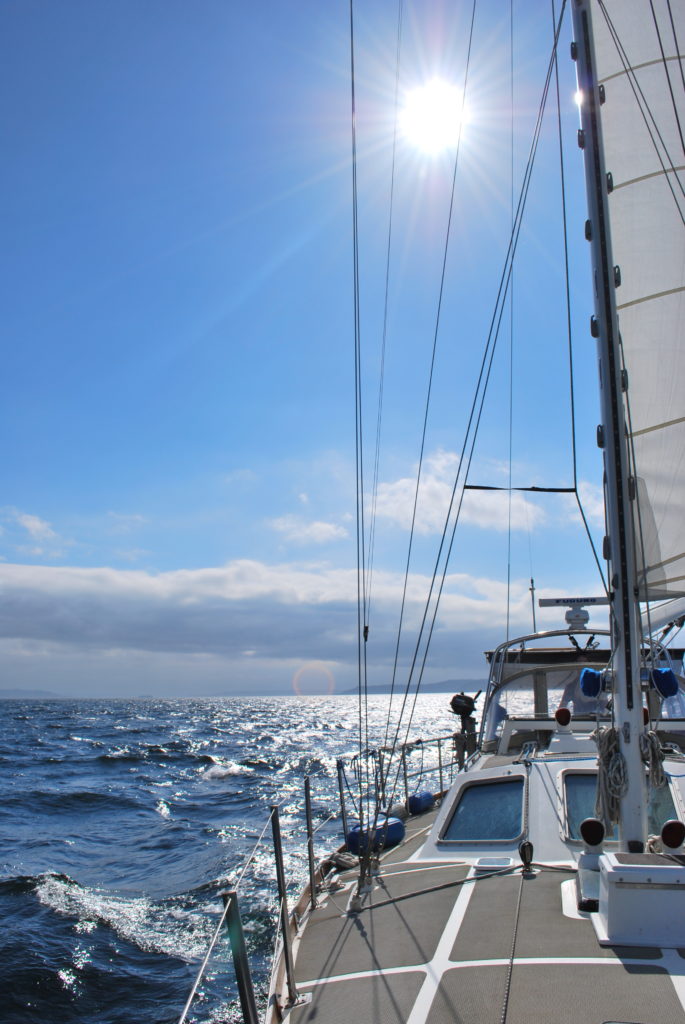 Looking south while sailing north, near Seattle. This image became the cover of the Nomadness Report book (click photo for more info) 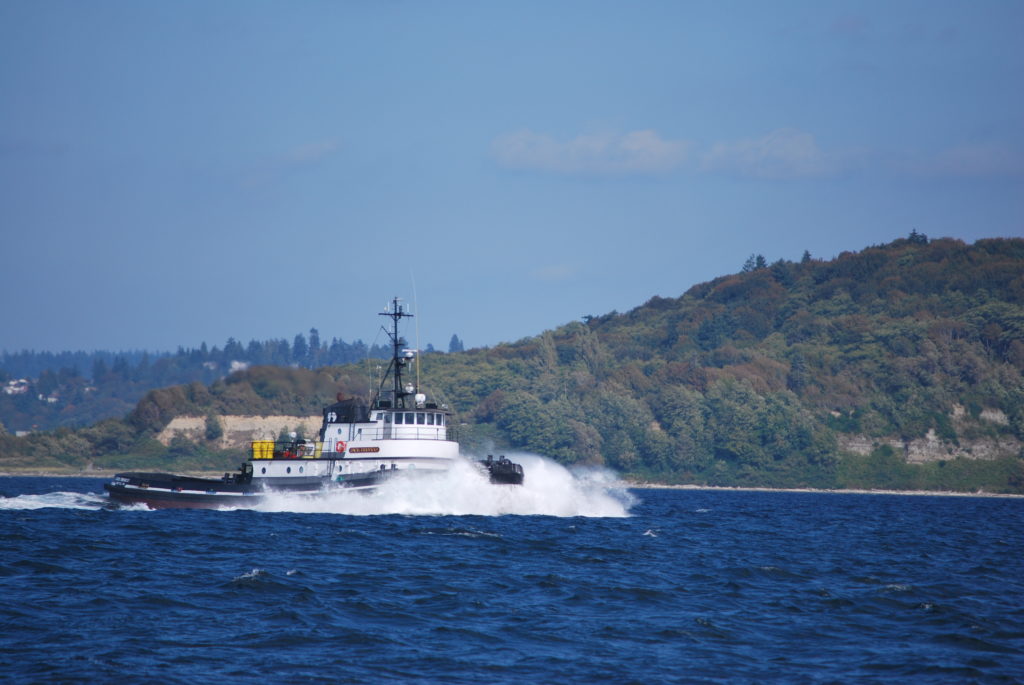 A tug in Puget Sound 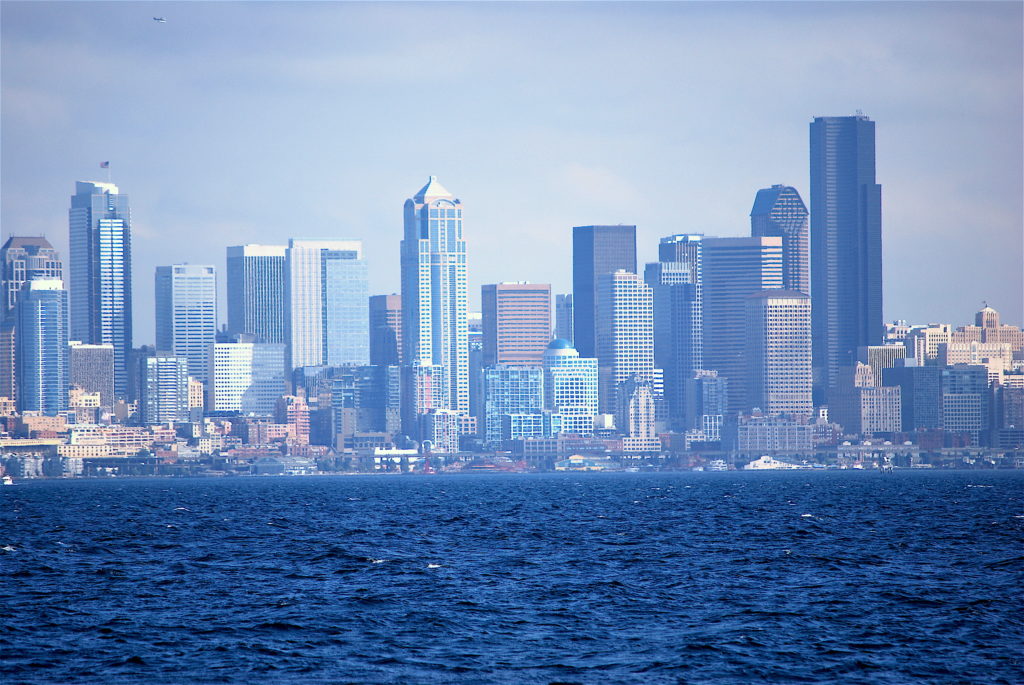 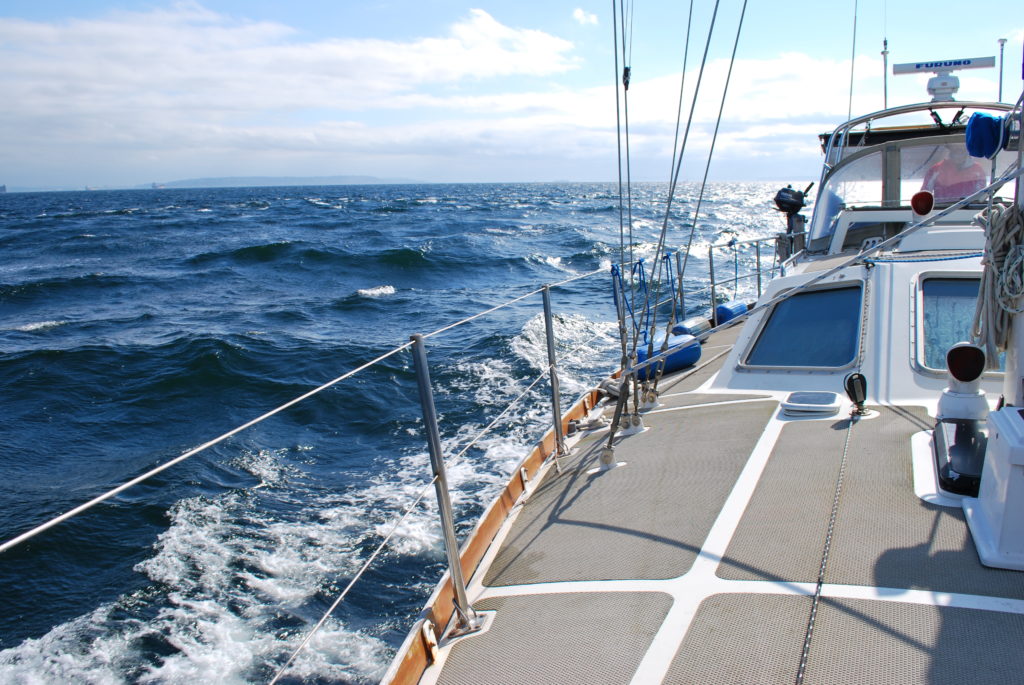 The reason we do this… sometimes it is just perfect. Aboard Nomadness, sailing north past Seattle