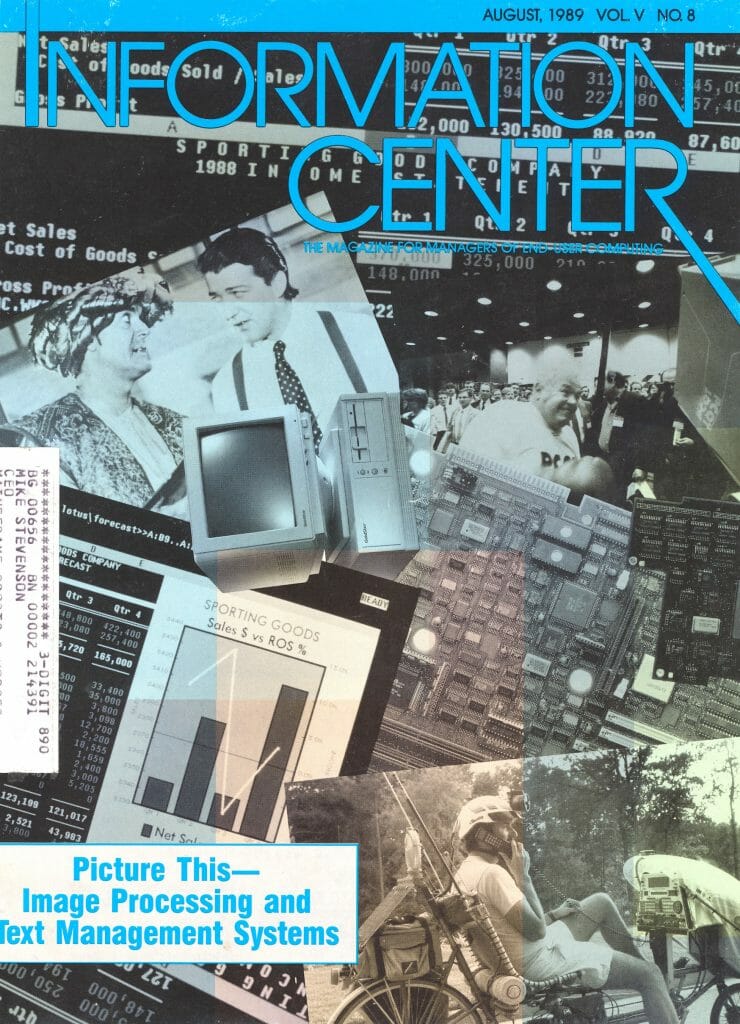 Just a little photo/caption from a computer magazine of the day, which also had articles about care of floppy disks and speculation about whether 1989 is the Year of the LAN. I was in the oddball stories section, along with a heavyweight champion punching out a computer. Oh, and I had a corner of the cover!

Hit the road, Steve: Steven Roberts is of the opinion that maybe you can’t have it all, but you sure can take it with you. Roberts has traveled across country on his “Winnebiko III,” a self-sufficient mobile bicycle office complete with a solar-powered computer. Roberts claims he can write, go on-line, and run standard PC applications while he rides. Winnebiko III also has a cellular phone, fax machine, satellite station, and ham radio. Now that’s multitasking.

Roberts contends that if his system works in a mobile environment, then, “it’s got to work for the more traditional business user.”