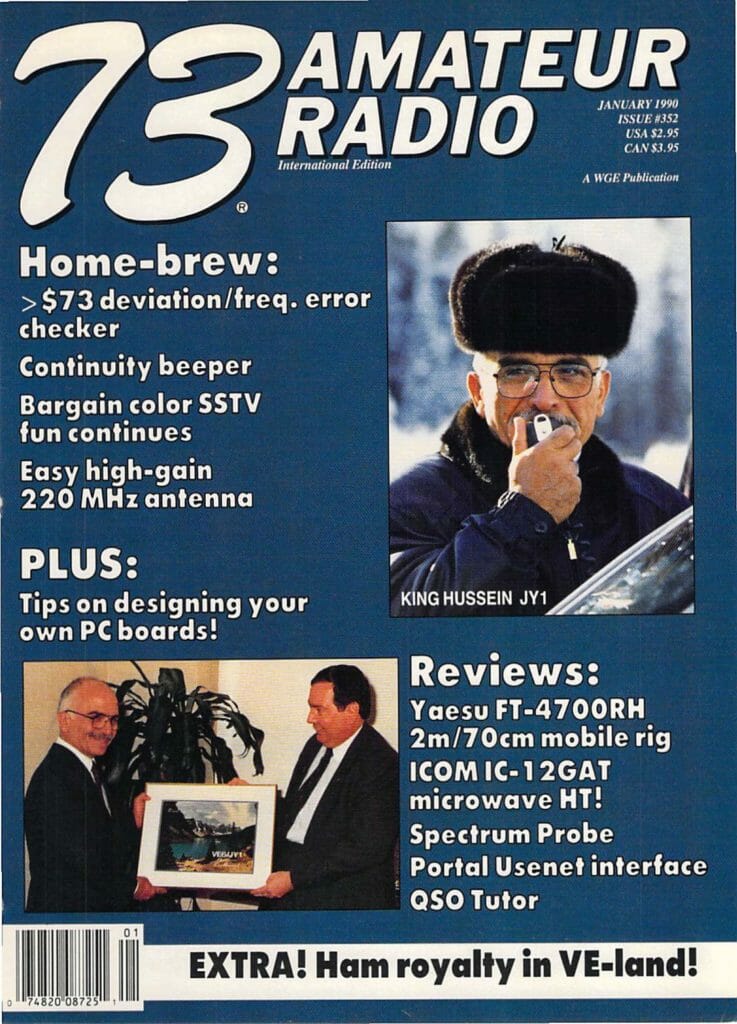 Back in the late 1980s, the amateur radio packet community was well established, though the tools were “thin” in the sense of being slow, difficult for newbies, and not exactly useful as a deep archive. This was an era when competing online services were flourishing (like CompuServe and GEnie), and each had forums or roundtables for all sorts of subjects… including ham radio. But the granddaddy of them all was Usenet, even though for a decade it was limited to those with academic, government, or corporate connections to the nascent Internet. This article is about Portal, a commercial gateway that had popped up, offering not only its own tools with a pretty good user interface, but gateways to others and a window into the huge world of newsgroups. I wrote about this for 73 Magazine.

Amateur radio thrives on information. There is so much going on technically, socially, and politically with this complex hobby that those who don’t make some effort to keep up are soon in a bit of a fog. (“Just exactly what IS packet?” a ham asked me at a trade show last week, leaning close so his friend wouldn’t hear the embarrassing question.) Magazines help tremendously, for they are an edited, packaged collection of articles and graphics coupled with ads from the vendors who keep our technology alive. But what if you want quick answers to your questions, feel the urge to argue about no-code, need the latest Keplerian elements from AMSAT or DX forecasts from the MUF diviners, or just want to hang around and socialize with others? To some extent, we have our own networking technology for those, but neither real-time on-the-air nets nor the packet system have evolved to the point where they are dependable sources of geographically diverse information.

Online, there are two major categories of ham radio information resources. First, there are forums such as CompuServe’s HAMNET and GEnie’s RT (radio roundtable), offering moderated bulletin-board and conferencing systems. They carry ongoing discussions as well as a growing library of downloadable software, captured online conferences, reference material, reviews, and so on.

The other class of ham-related online conferencing is rec.ham-radio, part of Usenet (a complex linkage of some 20,000 academic, corporate, and private computer systems around the world). Unmoderated, freewheeling, and not even pretending to offer archives, rec.ham-radio is one of the most dynamic ongoing discussion forums within the ham community.

It’s a bit hard to explain the network culture — asking you to imagine 20 years’ evolution of packet doesn’t quite give you the picture. Dataspace is a complex, multilayered not-land peopled by ghosts, strangers, wizards, and the alter egos of those you know. It’s a place with intricate behavioral protocols, obscure symbology intended to increase bandwidth or soften harsh words, and harsh “flaming” of those who overstep the bounds of decency (or understep those of intelligence). This is the information home for millions worldwide, and some of them are hams. Active hams.

Inevitably, this makes it a lively playground. As you can see from the screen capture shown in the figure, the topics range from the public perception of ham radio to technical details of specific rigs. Other topics found among the 86 active discussions present on 9/13/89 included: “KA9Q’s TCP/IP software available!”, “SOLAR ACTIVITY NR 35”, “Interference on 2454 MHz”, “Double ducky update”, “Poor PRO-34 squelch circuit”, “Any one need Macau (XX9)?”, and “Transmitting music for ATV.”

There are many sites that carry Usenet newsfeeds, most of them in closed academic and corporate UNIX environments. But there’s a way to get there from your own PC via TELENET: the Portal System. Portal is a very user-friendly, brisk online service that provides E-mail, conferencing, and a number of other services… with terminal emulator support to make the online session brisk. It has a friendly “local” community, but I’m attracted to it primarily for the public-access Usenet and internet (E-mail) gateway. Best of all, it only costs a flat rate of $10/month plus any communication charges (TELENET or direct dial to Cupertino, CA).