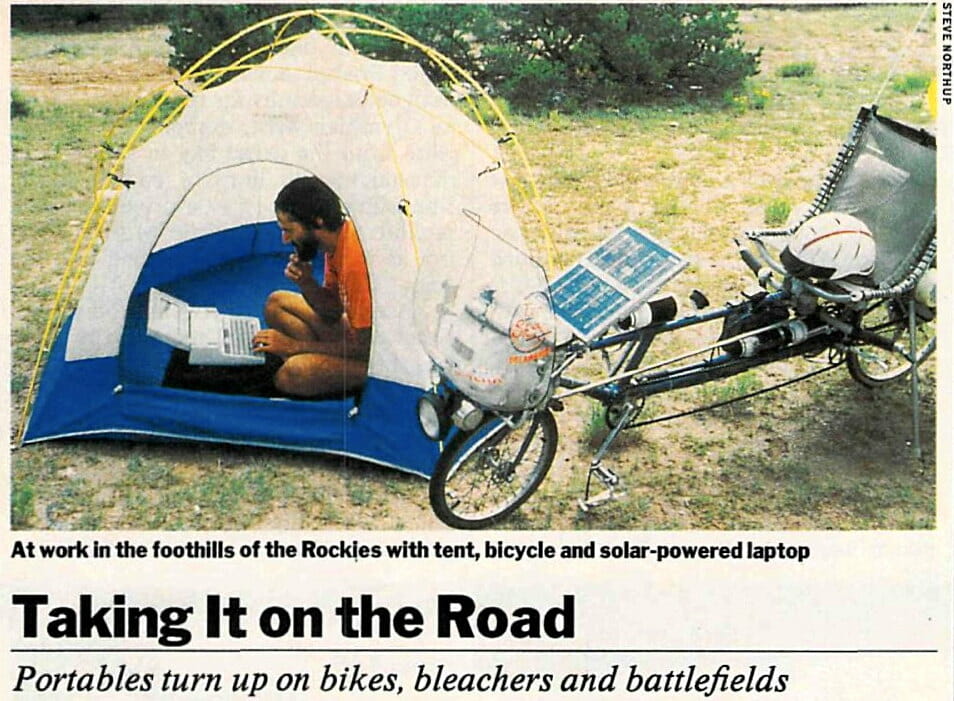 The timing of my Computing Across America adventure was no accident; it was the convergence of portable computing, networks, solar power, and recumbent bicycles that made it possible. The technology was very much in the news, given how much it was radically impacting the lives of journalists… this article focuses on that angle, with my own presence just a photo/caption and snippet of text near the end. In retrospect, it’s astonishing we got anything done with the 32K file space in the Model 100… assuming nothing else at all on the machine, that’s about 16 double-spaced typewritten pages! 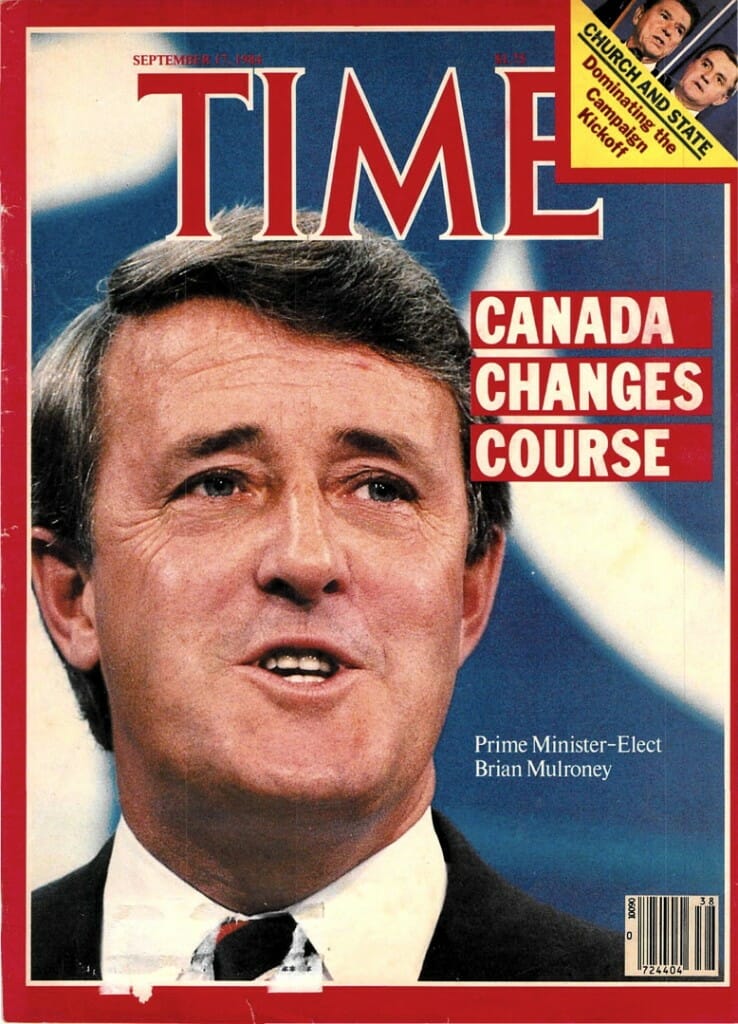 (Click to embiggen the page scan below to read full article.)

When reporters covering Jesse Jackson’s trip to Cuba last June brought their portables to Havana, Cubans clustered around the keyboards with undisguised fascination. Americans are no less intrigued, reports Travel Writer Steve Roberts. He has pedaled 6,800 miles around the U.S. on a custom-built reclining bicycle that he calls his Winnebiko. Roberts first wrote his stories on a Radio Shack portable but recently switched to a Hewlett-Packard model. He also uses the machine to send his reports to magazines and newspapers. At every stop, the curious gather to gawk. Says he: “I have become an agent of future shock.” 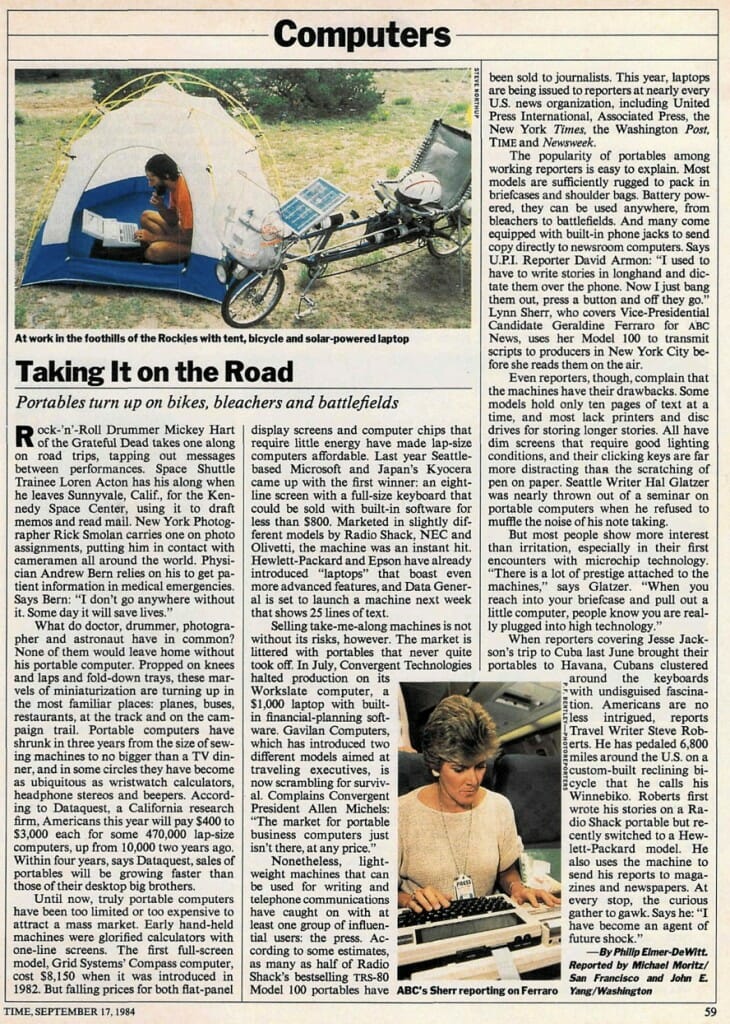