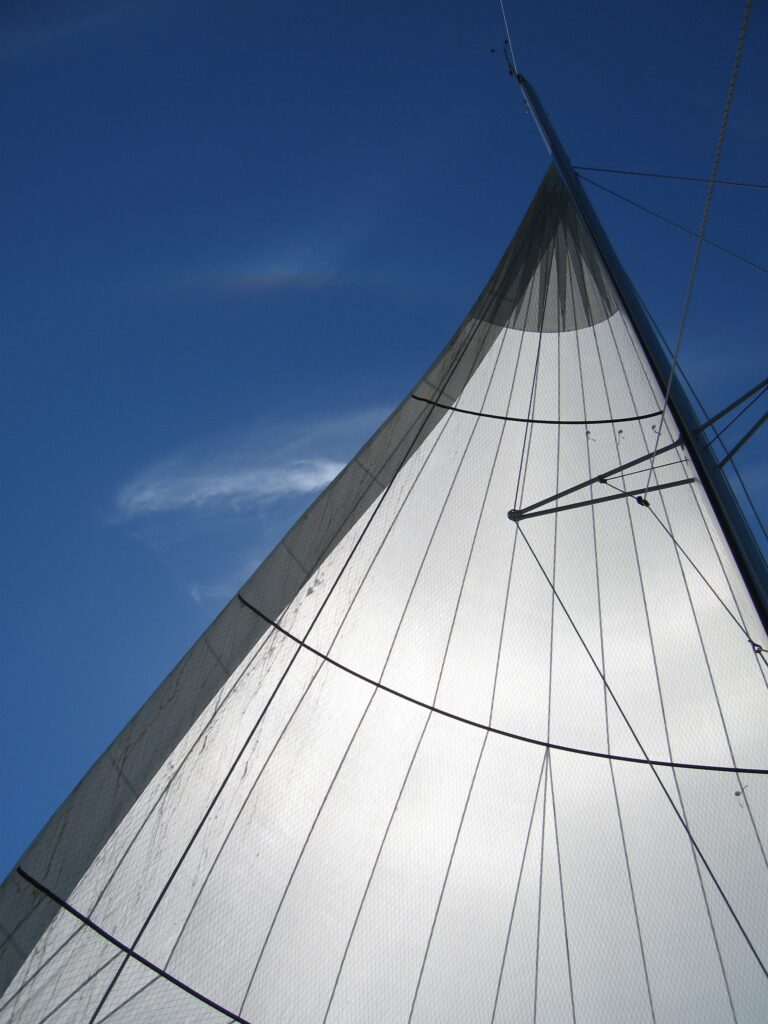 It is astounding, how long one can spend in the strategic planning stages of a complex undertaking, gathering goodies, fleshing out ambitious documents, and researching… all while managing to avoid actually venturing out in the cold and clambering painfully across slippery fiberglass.

But first, a general comment. Once every year or so, I get a flame out of the blue from someone I’ve never heard of, accusing me of everything from stupidity to self-indulgence, and questioning why I waste time rambling about my activities (or lack of same). I find it odd that someone would take the time to read something in which they are not interested, and then go to the effort to complain about it. To anyone who entertains such thoughts, I simply offer this: I am building the “magic carpet” of my life (a moving target, to say the least), and in the process am undergoing a stunning variety of learning curves. In my view, sharing them is self-justifying on many levels: not only is some of the information occasionally useful to others in a purely altruistic sense, but it solidifies my own thinking when I have to explain something clearly. It also leaves a long-term record, which, while sometimes embarrassing in retrospect like some of the old Microship Status Reports, is as close as I usually get to documentation. And on top of all that, it’s a nickel-generator, with random clickage generating a trickle of boat parts.

The time I spend writing is minor compared to the real or imagined benefits of doing so, and that’s all that really matters from my perspective. But I do hope you find it useful, or at least an amusing diversion now and then. From occasional perusal of server logs, it’s clear that I have two broad classes of readers: the regulars, who have been patiently following these tales for years and enjoy the technical or adventure nuggets, and those who drop in on a single page via a search engine, seeking the answer to something. We all know how frustrating that can be sometimes…

Anyway, here are a few updates since I reported that Nomadness had just landed incongruously in my yard, borne on a huge trailer.

, which generates 1.5 gallons of fresh water per hour from 4 amps of 12 volts DC. This is not the highest efficiency available (the Spectra Newport 150 offers more than half again the gallons-per-amp-hour), but the Katadyn has a big lever that allows manual operation in the event of catastrophic power failure. It’s also about half the weight, and half the cost. Also coming soon is the Outback MX60 solar charge controller, the maximum power point tracker of choice for renewable energy systems. Much more on that soon.

In addition to researching and acquiring major parts, I’ve been working on a much more formal set of design documents than the casual lists and noodlings that have been posted elsewhere on this site. But you don’t want to hear any more about plans… I’m going to try to keep this blog focused on results!

There is one issue that I didn’t expect to have to consider, and that is what appears to be a fundamental design error in the C-36 trimaran (at least that’s what the experts over on the F-Boat mailing list are concluding, although we haven’t heard from the folks at Corsair). Two of the ten or so boats of this design have suffered dismastings, in both cases with the spar tumbling forward in high following winds and tall seas. To be fair, they were also racing, which typically involves a type of seamanship less focused on safe passage than my own conservative sailing style, and there were spinnakers involved (eek). Still, dismasting is radical, and is something I do not wish to experience.

I had noticed that the shrouds don’t attach very far aft of the mast step, and even inquired about this lopsided triangle in my newbie nervousness, but my fears were brushed aside. Apparently, however, this is exactly the problem: the chainplates on the floats are so far forward that, without a backstay as on a typical sloop rig, a heavy spinnaker load coupled with crossbeam flexion or abrupt deceleration upon plunging into a trough can effectively “stretch” the shrouds enough to allow the mast to simply topple forward, undamaged until it crashes into something. (There is no structure at the step other than a ball-and-socket; these rigs rotate to fair the leading edge of the main into the wind for dramatically higher efficiency and, in fact, unrotating is the first effective reef point.)

Short of moving the chainplates and related bulkheads aft (ugh), the suggested solutions are running backstays, shroud tensioners, and synthetic rope check stays attached further aft on the floats… along with the general advice to never sail downwind with only the headsail or Code Zero flying. I have done exactly this, although in much less extreme conditions – partly because the main is harder to handle and partly because a moment’s inattention on a downwind run with a cleated mainsheet or preventer can allow rounding-up and potential capsize. So what to do?

Wayne Erickson, an experienced Corsiar Tri sailor, had an interesting suggestion that correlates well with what I would probably be inclined to do anyway for other reasons, and it will become standard procedure. I’ll replace the wimpy topping lift (1/4″ Sta-Set) with some suitable high-tech, low-stretch, spendy line… and when in heavy running conditions center the traveler and sheet the main hard even with no sail flying. This will effectively conjure a backstay, balancing the forces and keeping the stick pointing up in the air where it belongs!

I’ll leave it at that for the moment… I am just now getting hands-on with the boat after a wicked month of snow and hard freezes, and am also working on the establishment of a mobile lab for the project. But as my adventure-blogger pal Roz wrote last year: “no forward-looking statements!” I have of course posted more than my share of those and will continue to do so on the live page, but this blog will become a record of work completed (or at least… in progress).

Posted in Nomadness blog
← 20 Knots by Sea, 55 by LandIncremental Progress →