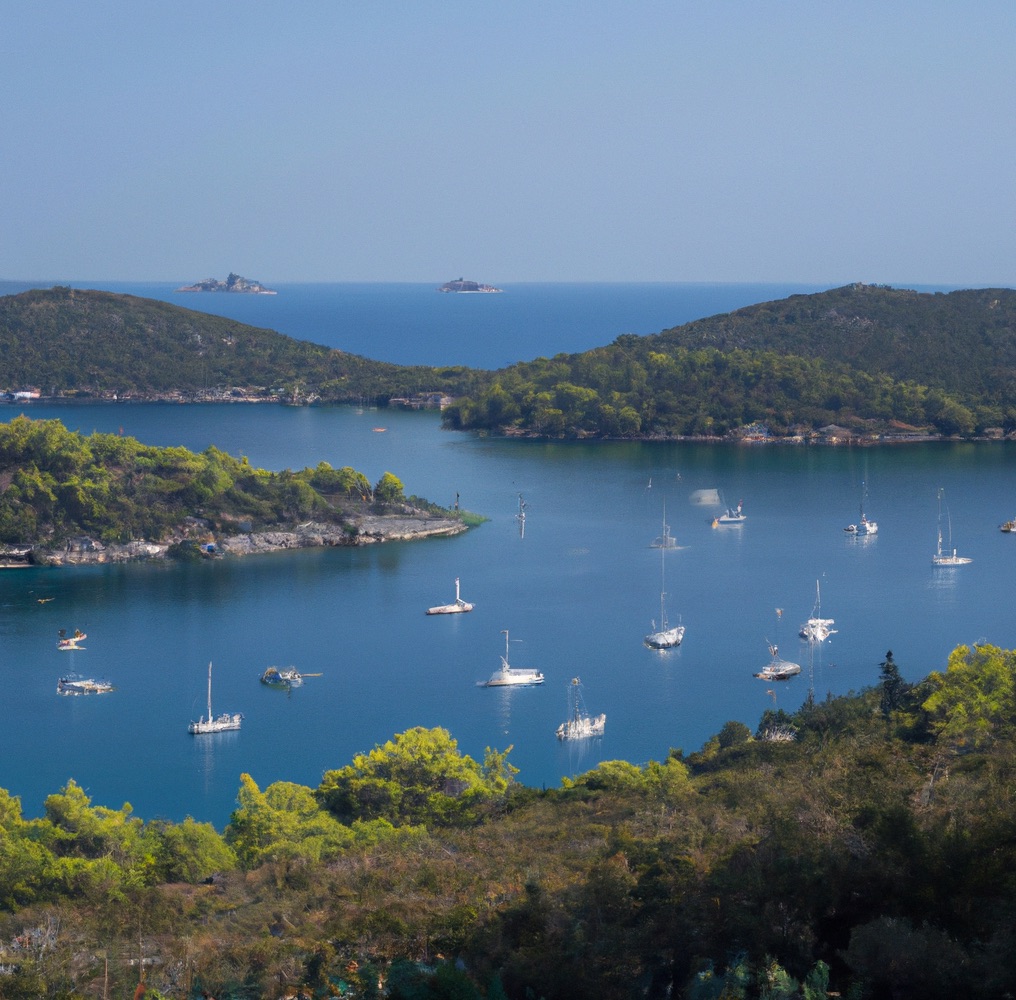 An early attempt to create a community of digital nomads, written during the first year of the Microship project. This was posted to my Technomads listserve and generated considerable discussion. (I am indebted to the DiscMaster server at the Internet Archive for unearthing this ancient document.)

Time for an update. So much has happened in the past few months that catching up has become a serious challenge to both my storytelling capacity and the available network bandwidth. I’ll thus save for later the harrowing tales of driving to Seattle and picking up the Fulmar X-19 (the Microship substrate), sailing in the Gulf Islands of Canada, having accidents and misadventures enroute back, hauling the ship (with the heroic help of dedicated friends) to the third floor of the engineering building, my upcoming cruise up the Pacific Coast in a 51-foot yacht, and so on. This is also not the place for a detailed technical report on the Spring Quarter student projects, including power management, the video turret, solar substrate, GPS/compass interface, a neural net autopilot, packet manpack link, GUI front end, and thruster control. (Yikes… I need a full-time archivist!)

The short form is that the Microship is now on a workstand in my lab, progress on all fronts is excellent, and anticipated launch is June, 1995.

What I do want to talk about here is the travel plan. As you probably know, I’ve been talking up the notion of an aquatic nomadic community — the Technomadic Flotilla. Essentially, this would be a group of like-spirited freelancers and wanderers, all in similarly-scaled RF-networked shoal-draft small boats with sail and pedal propulsion (plus optional solar), taking off to travel as a group. We’d publish a magazine, do the occasional video project, and pursue freelance activities — supporting a small number of support people who provide essential services to the flotilla as a whole. The notion of a nomadic “intentional community” is an alluring one, and we’ve been having an ongoing brainstorm about this for a few months now that has covered internal economy, job descriptions, marketing possibilities, a small rental fleet, and more.

Spending a bit of time on the water last week (about 54 miles) gave me a lot of time to think this through further, and I’d like to present a refined notion of how the Technomadic Flotilla might work. There are a few sticky problems with the original idea that could become very serious in practice…

All of this got me thinking, as I was zipping freely among perfect little Canadian islands, landing when I felt like it, lounging on the tramps to gaze at the snow-capped Olympics, hanging around to chat with people, changing course on a whim, and more or less doing as I pleased. Do I really want to complicate this elegantly efficient existence? No. But I most emphatically DO see the value of forming a community of nomads, sharing resources and talents for maximum business effectiveness and built-in loneliness-prevention. Hmmmmmm….

Consider this. The whole thrust of this technomadic concept, ever since my early days aboard the Winnebiko, is the notion that physical location becomes irrelevant once you move the essence of your life to the vapors of the Net. While this doesn’t replace physical relationships (at least for most of us!), it does decouple you from the bonds that normally tie people down, Gulliver-like — those countless little threads that all have to be broken at once in order to move. The basic trick is to add one level of indirection to all business matters, depending on a base office and electronic communications for all activity. This only works, of course, if your business is information-based or deals in small, portable things.

One of my dreams for the Flotilla is to publish a magazine, and do occasional videos and other media projects. This does not require people to be sitting around the same campfire — in fact, the results are more interesting if they’re NOT.

So here’s the deal: We create a VTF (Virtual Technomadic Flotilla), consisting of travelers all over the world, linked tightly through the Net and sharing base-office resources. No longer does it matter what kind of boats people prefer (or even land vehicles), since speed variations are irrelevant. People can travel as individuals, couples, or small groups — whatever feels good. Consensus about daily plans is not a problem. People can join, or leave, whenever they want. Yet we can collectively benefit from the economy of scale by each paying a small percentage of our income to “Flotilla, Inc.”