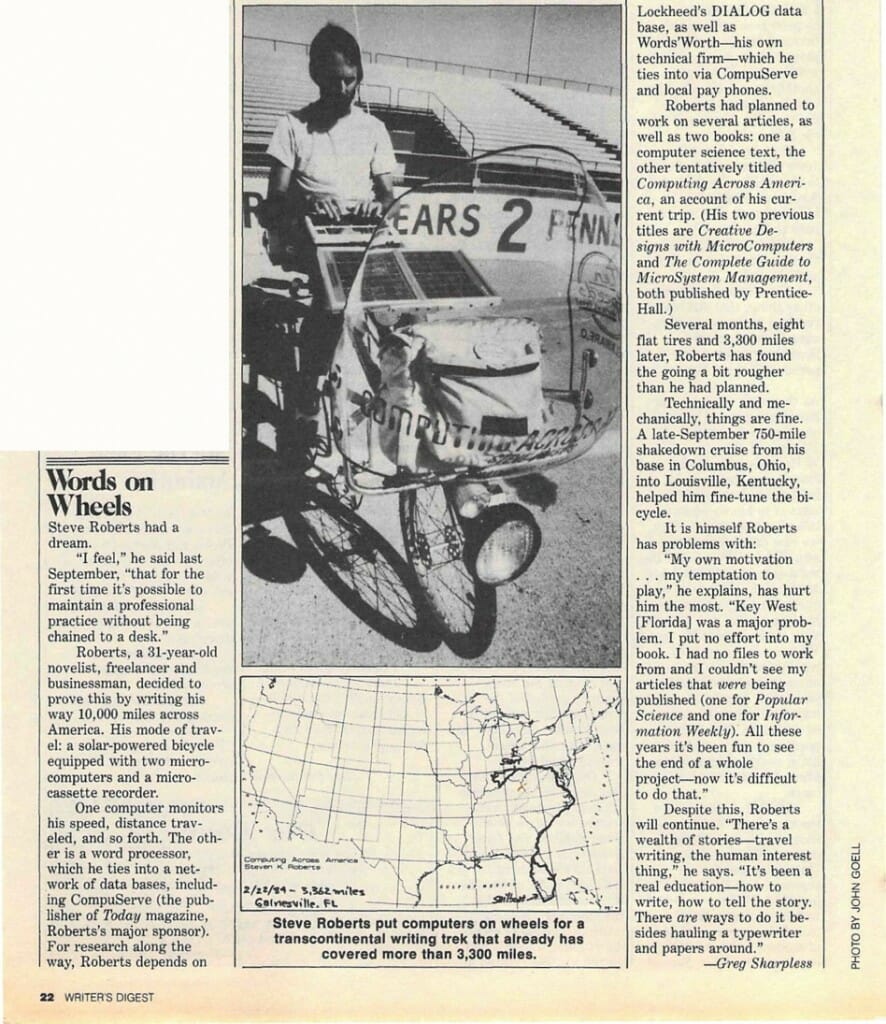 As a budding freelancer, Writer’s Digest had been one of my most-studied magazines for years, teaching me the craft and providing monthly doses of motivation. The photo was taken on the Indianapolis 500 Speedway, and that map was my standard postcard that I sent to folks during my travels… updated with a route of the journey to date and other relevant annotations.

The interview took place in February of 1984. It was a treat to have my writing start to become as much of a story as the bicycle; most of my published work over the previous decade had been technical, so this was a departure in more ways than one. 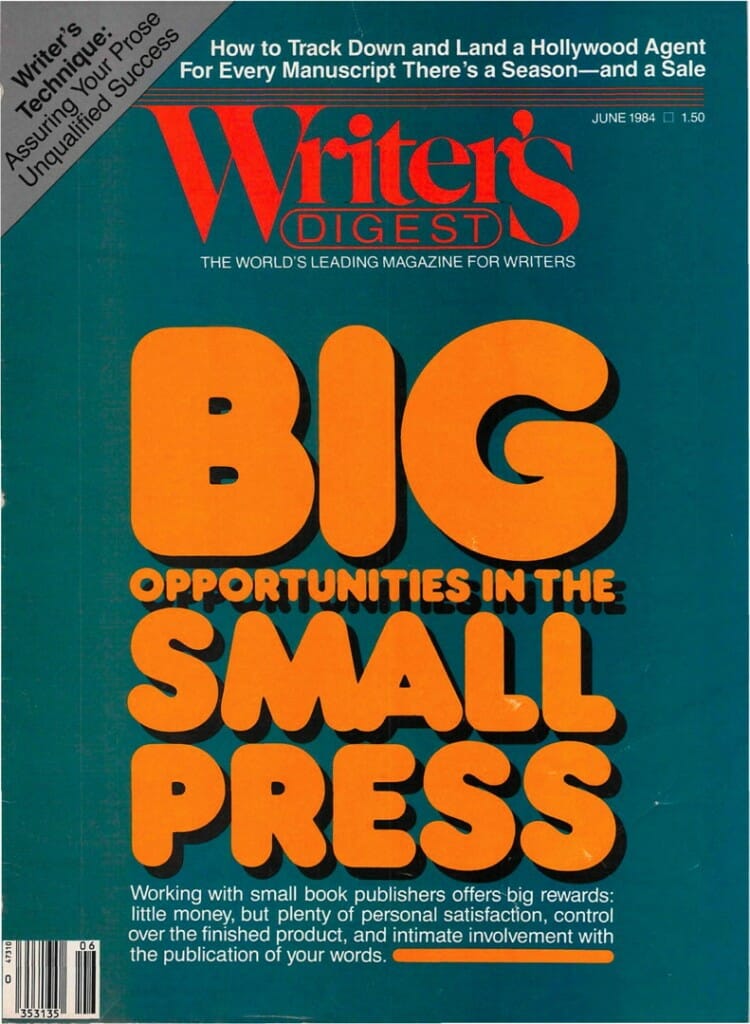 Steve Roberts had a dream.

“I feel,” he said last September, “that for the first time it’s possible to maintain a professional practice without being chained to a desk.”

Roberts, a 31-year-old novelist, freelancer and businessman, decided to prove this by writing his way 10,000 miles across America. His mode of travel: a solar-powered bicycle equipped with two microcomputers and a microcassette recorder.

One computer monitors his speed, distance traveled, and so forth. The other is a word processor, which he ties into a network of data bases, including CompuServe (the publisher of Today magazine, Roberts’s major sponsor). For research along the way, Roberts depends on Lockheed’s DIALOG data base, as well as Words’Worth—his own technical firm—which he ties into via CompuServe and local pay phones.

Roberts had planned to work on several articles, as well as two books: one a computer science text, the other tentatively titled Computing Across America, an account of his current trip. (His two previous titles are Creative Design with Microcomputers and The Complete Guide to MicroSystem Management, both published bv Prentice-Hall.)

Several months, eight flat tires and 3,300 miles later, Roberts has found the going a bit rougher than he had planned.

Technically and mechanically, things are fine. A late-September 750-mile shakedown cruise from his base in Columbus, Ohio, into Louisville, Kentucky, helped him fine-tune the bicycle.

It is himself Roberts has problems with:

“My own motivation . . . my temptation to play,” he explains, has hurt him the most. “Key West [Florida] was a major problem. I put no effort into my book. I had no files to work from and I couldn’t see my articles that were being published (one for Popular Science and one for Information Weekly). All these years it’s been fun to see the end of a whole project—now it’s difficult to do that.”

Despite this, Roberts will continue. “There’s a wealth of stories—travel writing, the human interest thing,” he says. “It’s been a real education—how to write, how to tell the story. There are ways to do it besides hauling a typewriter and papers around.”