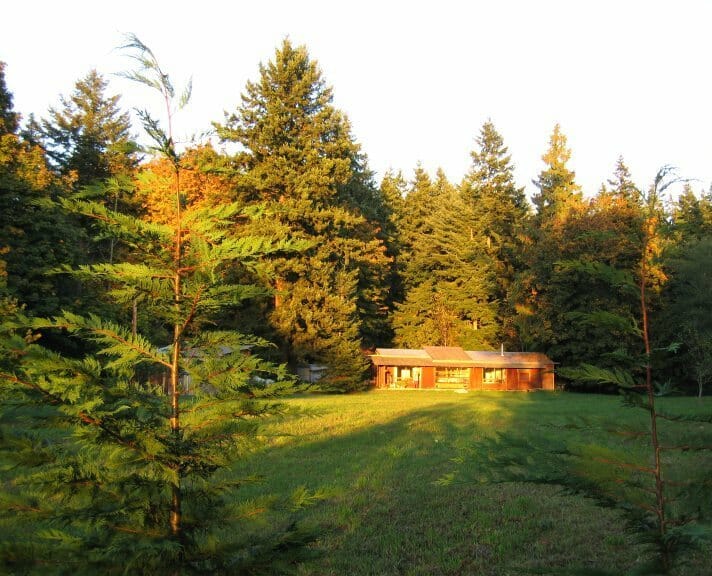 During my 13 years living in the woods of Camano Island, Washington (house shown above), I became very protective of our forests and other natural resources… and found myself butting heads occasionally with developers and “cash for timber” logging businesses. Much of this was casual participation in the local environmental group (CARE – Camano Action for Rural Environment), but now and then I’d get into public flame wars in the local newspaper. I include this and a few others in the archive just to fill in the gaps a bit; those years weren’t just single-minded Microship development. Life was passing as well.

Letter to the Editor
by Steven K. Roberts

This is in response to the April 13 “save-your-trees” letter from <name redacted>, lambasting Dr. W. Bish for caring about Camano Island’s environment. The attitude expressed begs for a response.

First, the issue is not just people harvesting their own timber, though I’ll get to that in a moment.

There are numerous high-profile cases of Camano-rape by distant bottom-line-oriented speculators who haven’t the slightest interest in the quality of life here; to them, it’s just simple buying and selling of a marketable resource they’ll never see.

The resulting rutted stump farms and decaying slash piles, like the sad eyesore left across the road from the entrance to our state park, are evidence enough that the people involved care more deeply about their profits than something so intangible as the beauty of Camano Island. At the moment, our laws are very lenient and filled with loopholes, making this sort of abuse easy.

Second, even if you are one of those few people who sees the forest as a mere featureless background to parked-out suburban trophy estates, there are other issues that should make you think twice before ravishing the land around you to make a few bucks.

Water, in particular, is a problem looming in our future. Camano Island is one of only 68 sole-source aquifers in the U.S. This means, in essence, that the only source of groundwater is the rain that actually falls on the island — and it is well-documented that the fewer the trees, the more the runoff, the more starved the aquifer, and eventually, the more saline (or dry) the wells.

If this all seems academic or you think that a pipeline from the mainland is an easy solution, just look west at Marrowstone, a nearby island that mirrors our own, both ecologically and meteorologically. Real estate prices are significantly depressed because of water problems, and rain catchment has become necessary for an increasing number of households.

Finally, the writer does raise a valid point that the only way to protect our island from rabid developers and timber-brokers is to buy it and hold it. There are precedents for conservation easements and other legal methods of putting roadblocks in front of bulldozers, and I strongly urge anyone who cares about this to get in touch with CARE, form co-ops to place available woodlands in trust, and work toward preservation efforts (whether based on historical, wildlife, public-access, or watershed issues).

Profiteering never sleeps, and it’s easy to feel relaxed and complacent amidst so much beauty until the chainsaws start ravaging the woods next door.

To borrow a quote from a recent issue of Outside Magazine, “Developers have taken nine pieces of a 10-piece pie, and now they want to negotiate over the 10th piece.”

Yes, people do have the legal right to harvest their own trees, but I would urge them to consider sustainability, aesthetics, and long-term value — not just the seductive allure of a check from one of the many scam artists who advertise “cash for timber.”