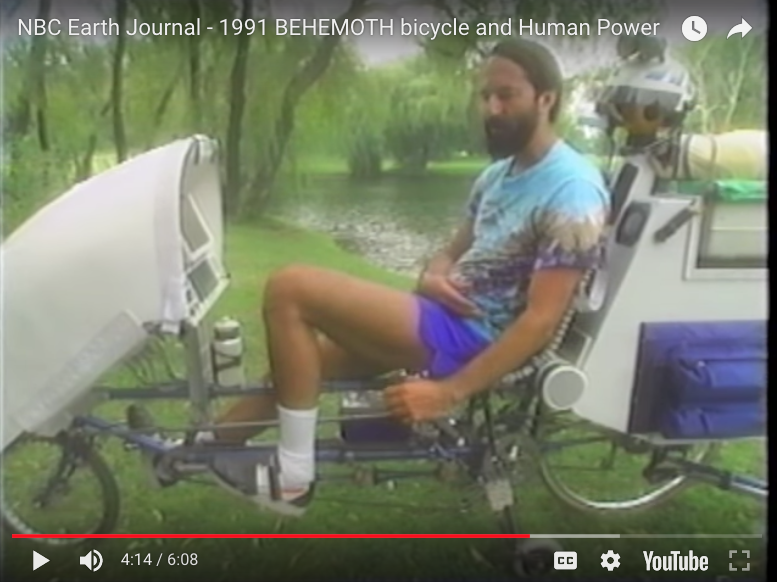 This is an unusual piece… showing BEHEMOTH actually on the road (rather than under development in Silicon Valley, later during speaking tours, or as historical context during the Microship epoch). I had just crossed Iowa and made my way to Milwaukee for the IHPVA (International Human-Powered Vehicle Association) races, and met the crew of this excellent program during my week in town. The host is Dr. Richard Leakey, well known for anthropological research in Africa.