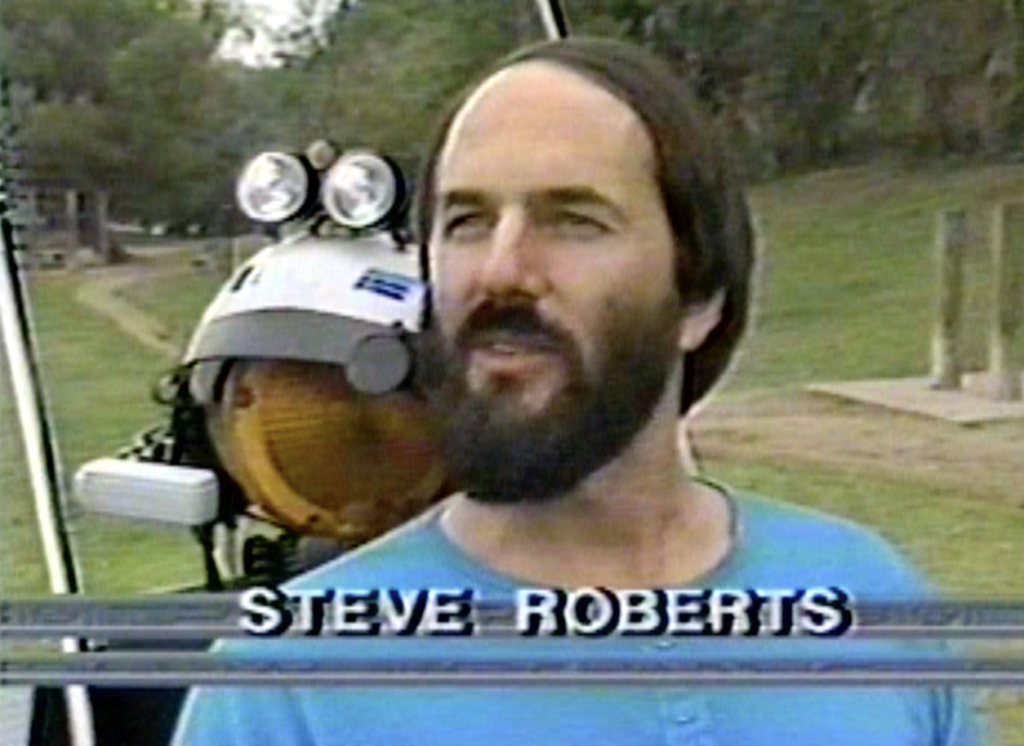 This was filmed in Los Angeles, and aired in Australia in August 1990 (then a year later on the Discovery Channel in the US). BEHEMOTH was yet in the very early stages of construction, with lots of things uncabled or temporary… but it was a fun and rare video look at the bike in the first year after the Winnebiko II epoch.

BEHEMOTH on Beyond-2000 from Steven K Roberts.

Posted in Media - BEHEMOTH and tagged Beyond 2000
← Nomadness – ComputerLand MagazineVideo: the Bicycle, a Celebration of the Invention →