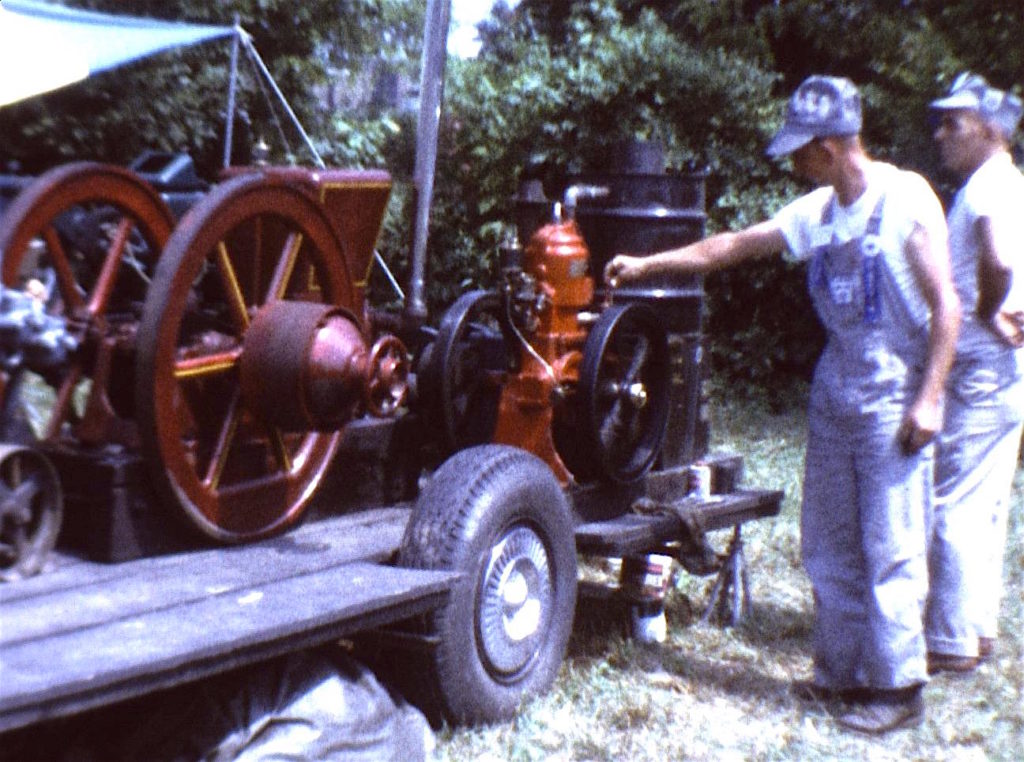 My father left behind a huge library of 8mm home movies from his various explorations ranging from 1940 to the mid-seventies, and I have been converting them to video and selectively uploading to YouTube. Sometimes I also join a relevant Facebook group, then offer the movie as a bit of history. Each reel is a little time capsule of a long-gone world… here is a 3-minute foray to the Bluegrass Steam and Gas Engine Association Show that took place in Harrodsburg, Kentucky, back in August 1973:

This event was organized by Carl Secchi, and attracted a wide range of exhibitors including Frank Cornish (1913-1989), past president of the association.

The posting of this on the “You know you grew up in Harrodsburg if you remember...” group on Facebook resulted in some sweet responses, including someone who recognized himself in the video at age 9, and someone who remembered helping sell items for the Salvisa Ruritan club. Another group member recalled her father bringing engines home, getting them going, and taking them to this show (which happened every year).

Although I have no personal connection with this event, I am parking the video here in my historical timeline just to keep the memory alive for people researching. The images below and at the top of this page are still frames exported from the film, which I digitize with a Retroscan Universal. In addition to my focus on the family archives, I do this as a service, working in a lab aboard my boat in the San Juan Islands north of Seattle. If you have 8, Super 8, or 16mm films from long ago… please contact Harbor Digitizing to see what it will take to rescue the footage and make it easily sharable (and editable).