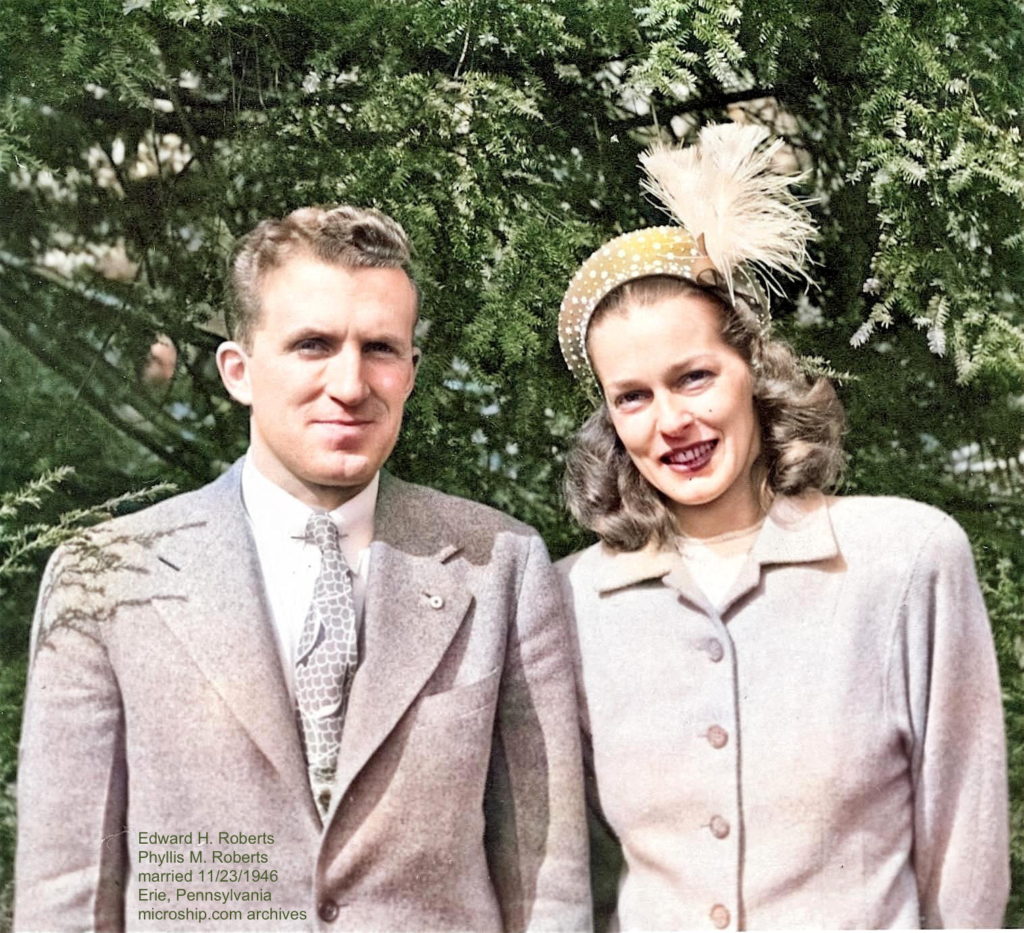 They met on the Manitoba during a Lake Superior cruise in August, and were married in November (much to the concern of parents and friends). Here, Phyllis (in white) was introducing her new beau to her sister Barbara and her husband, Frank (along with kids, Patty and Bruce). Somewhere near Boston:

Edward, Phyllis, and the Buxtons – 1946 from Steven K Roberts.

As soon as the wedding was over, they flew to Bermuda for their honeymoon… here is my father’s 8mm movie of the adventure:

This is sweet… my father’s parents, Chester and Abby Roberts of Swarthmore, wrote this letter to Phyllis as soon as they were notified of the engagement. A colorized photo follows…

Ed was a design engineer at GE Erie Works, and two days before the wedding, the boys in the office threw him a party. This 11×17 “Certificate of Promotion” emerged from the archives, carrying names that I remember hearing over dinners in my childhood:

The text follows, for easier readability

The undersigned, having been associated with Mr. Edward H. Roberts for many years and having found him to be always a bachelor of merit, in great demand and in good standing, do hereby grant him leave from the ORDER OF INDEPENDENT BACHELORS to join the ORDER OF DEPENDENT BENEDICTS. With this we wish him God speed on his journey and great success in contributing to the production of “MORE THINGS FOR MORE PEOPLE AT LESS COST” and particularly MORE LITTLE THINGS!