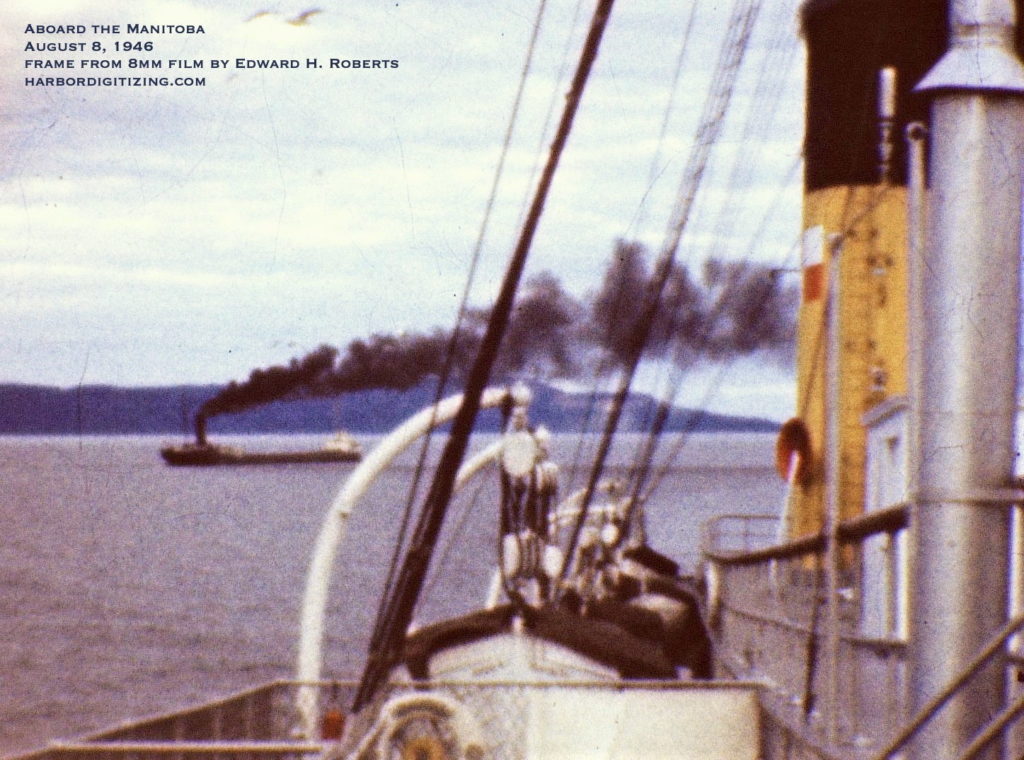 In August of 1946, a 33-year-old GE engineer named Edward H. Roberts stepped aboard the SS Manitoba for a Lake Superior vacation cruise… using his trusty 8mm movie camera to film scenery, crew, passengers, cargo handling, other ships, and a shore excursion by car from Thunder Bay to Kakabeka Falls.

This turned out to be a personally significant adventure… he was intrigued by a blonde woman named Phyllis who appears in many of the scenes, and finally got brave enough to approach her around the end of the cruise. Things quickly became serious, much to the consternation of both sets of parents…

By November, they were married. I remember hearing, as a child, that they “met on a cruise in Lake Superior,” never imagining I would get to watch over his shoulder in the days leading up to that first hello! When I began digitizing home movies for myself and clients, a whole new world opened up… filled with magical time capsules like this one.

Love story aside, this 15-minute film contains a wealth of historical detail about the Canadian Pacific Railway Upper Lake Steamship fleet as well as the towns, other ships, cargo handling, Soo locks, and people encountered during this amazing week… less than a year after the end of World War II. As I gather more information about the places shown in the film, I will add a Google map and other description as I did for his trip the year before on the Manitoulin.