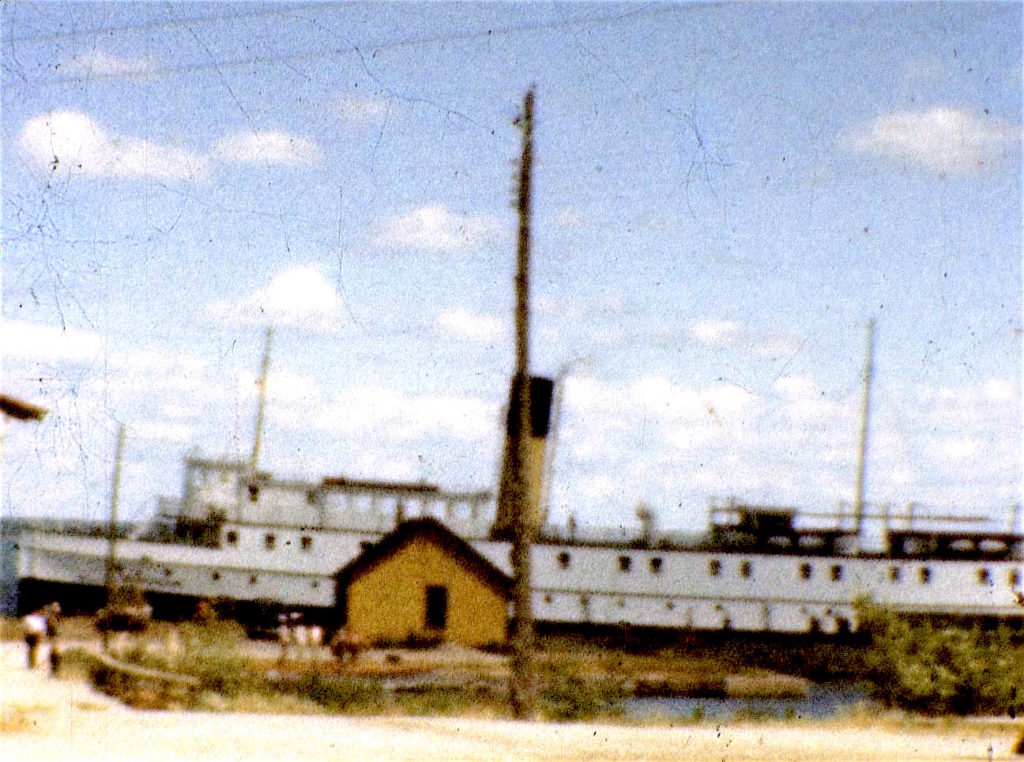 My father filmed this journey on the Manitoulin out of Owen Sound during the week of August 13, 1945…. two weeks before the end of World War II. His 8mm movie reel sat in a box for 74 years, then I scanned it in 2019 with the Retroscan Universal here at Harbor Digitizing. Here is the resulting video, along with a selection of still frames and a map of the adventure.

I have been converting his extensive movie archives to video, and occasionally find treasures like this with historical significance. This film had some serious jitter, so has been stabilized with Final Cut Pro… leaving some artifacts in the black edges during scenes with fast pans… but the smoothness is worth it. I uploaded this to YouTube on June 9, 2019, then posted links to two Facebook groups that have been extremely helpful in identifying places and boat details (Manitoulin History and Boatnerds of Facebook). Here is the video, and below that you’ll find a map of the locations shown followed by a few still frames of interest.

The Manitoulin was built in Scotland as the Modjeska in 1889, seeing service as a day steamer in Lake Ontario. The Owen Sound Transportation Company bought her in 1925 for overnight use between Owen Sound and the Canadian Soo. Four years after this movie was taken, the Manitoulin was retired due to Canadian fire safety regulations… then was scrapped in 1952 at Port Weller and replaced by the Norgoma. (I am grateful to William Worden in the “Boatnerds of Facebook” group for this historical summary.) More information about the fleet is at this Wikipedia page.

The numbered points in the map above are, in sequence, some of the highlights of this trip. My thanks to Edwin Low of the “Manitoulin History” group on Facebook for this route description (with added time stamps referencing the video as I receive local information):

The Manitoulin and later the Norgoma would leave Owen Sound Monday night, arrive in Killarney about 9 AM, then make stops at Killarney Quarry (located on the Mainland across the water from the more recent Bageley Island mine), Manitowaning (2:14-2:23), Little Current (2:24-2:50), arrive in Soo Wednesday after calling into Blind River, sometimes Thessalon, Bruce Mines, Hilton Beach, and Richard Landing. It would go through locks overnight in upper St Marie’s river and Whitefish Bay, then lock down run to Meldrum Bay, Gore Bay, Little Current, Manitowaning… departing Killarny 9 PM to arrive in Owen Sound Saturday morning in time to catch the train to Toronto and get there early afternoon. The Normac ran the same route but in reverse schedule. This was the basic schedule with some variation from year to year.

Here is a collection of still images extracted from the film… captioned where possible with additional information. I would love to add detail, so if you can help identify places or people, please contact me.