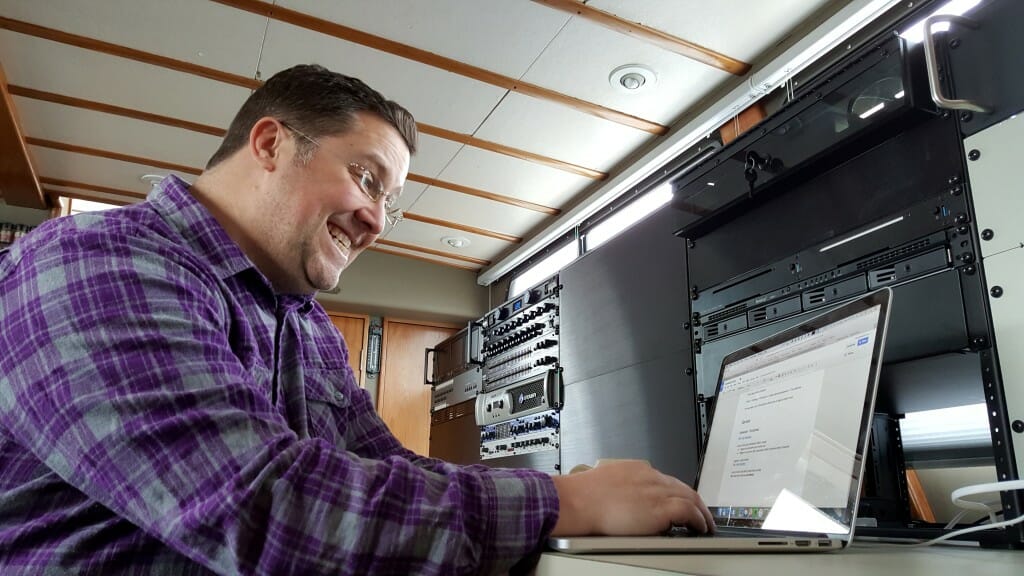 Just as our lives accumulate cruft over the decades, so do our servers. The Nomadic Research Labs Internet presence began back in 1990 while I had the Bikelab at Sun Microsystems, then it hopped to Telebit, spent some time at Qualcomm, followed me to UCSD, and lived at a succession of hosting companies… picking up new tools as technology evolved.

This is where things have been for a while, overwhelming to contemplate, impossible to maintain. My last backup of the home directory was a tarball of over 3.5 GB, far larger than the actual relevant content on the site. Where should I even begin?

Well, the best place to begin was with the help of an expert; that’s Steve Mitchell in the photo above, who flew up from Seattle last week and spent four days aboard. In the intersection of geekery and sailing, he’s a star, and his SailBits site is a well-written collection of projects and reviews. His day job is at F5 Networks… but I prefer to think of him as a wizard in the domains of marine networking, boat-based gizmology, and security.

This was not merely an exercise in electronic de-cluttering; I’ve also been craving a sense of solidity in what will become a major part of my legacy. My online presence has been analogous to my messy 1500 square-foot shop space, filled with stuff that will be cherry-picked for value and then carted en masse to recycling on some level once I cease to exist. The parallel web-server outcome upon my demise would be the slow expiration of accounts, loss of domain names to squatters, and eventual disappearance of all that I have worked so hard to curate. This is where our modern electronic age diverges sharply from the publishing models of yesteryear; books are relatively non-volatile, and musty copies of my 1981 textbook on industrial control system design will likely outlive my more recent and relevant work.

Steve has taken on the responsibility of ensuring an orderly transition where bits are concerned, so of course he wants the web services to be robust and familiar… not just a tidying-up of baggage that carries echoes of ancient scripts and paleo-HTML. I’m happy to report that after our marathon, we’ve moved the site to temporary managed hosting, transferred all 18 domains to Google, relocated email, added security, folded the Nomadness blog into this one, deployed management tools, made a local NAS instance of the static-content server to simplify migration of old stuff, and documented it all so we won’t forget the details.

For the most part, none of this really matters to site visitors (though it is noticeably faster and is getting a lot more Googly traffic); I only mention it here since it is a substantial change… my cobwebsites and isolated collections have disappeared. The most popular articles will find their way into pages over the next few days, and serial archives like the Microship Status Reports will gradually become blog entries, dated correctly in the timeline as I have been doing with media coverage and other historical documents. And as to new material… 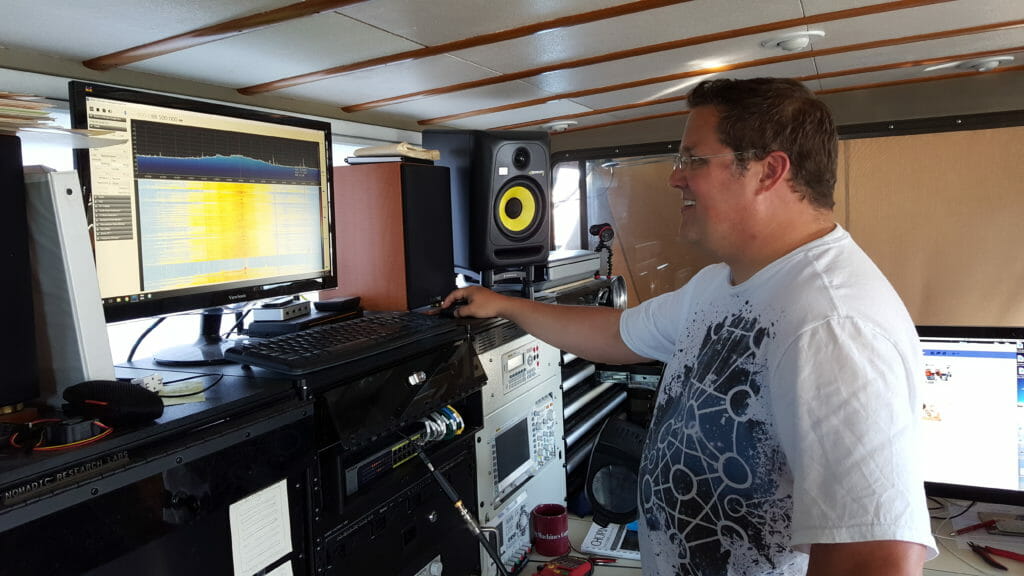 I’m writing now from the lab/studio in my new boat, a beautiful 1974 Delta 50 of Vic Franck design. I took delivery at the beginning of February, moved to a slip at the port, and have been making progress at a rather shocking pace after over a year of planning and researching while immersed in the simultaneous complex projects of selling Nomadness and buying Datawake.

I’m exhausted and energized, aware of the finite time remaining, and thrilled by the opportunity to build all my favorite toys into a floating platform. Here’s a teaser photo; this is the console desk where there used to be a salon couch: 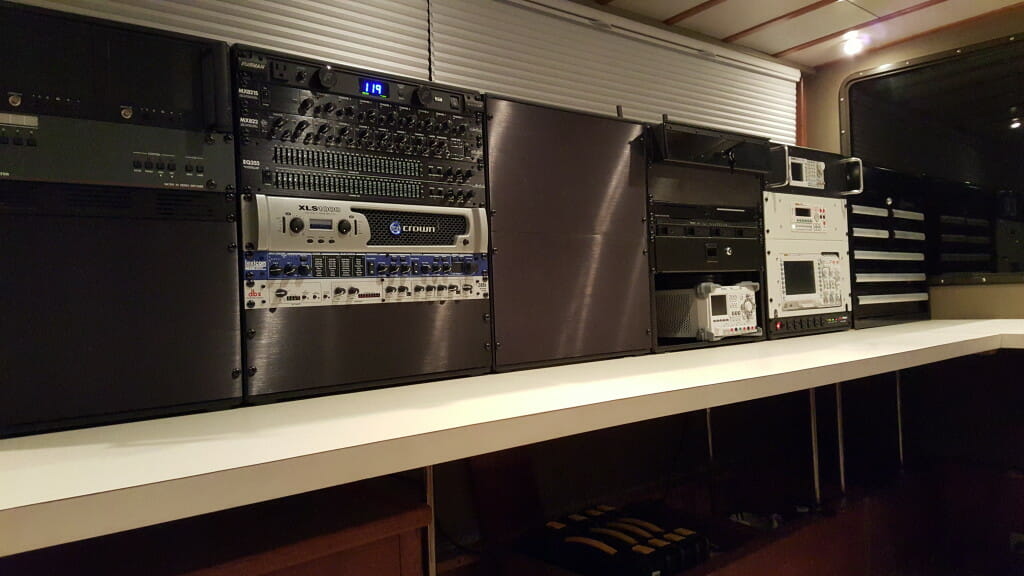 Datawake console work-in-progress. Blank region in the middle is for ham radio gear, and the piano will pull out from under the desk. The top will be a shelf that carries studio monitors and small electronics, and the wing barely visible at the end doubles as lab and computer workstation.

The next post will be an overview of the boat, and the one following will focus on the console (including desk fabrication, which was itself a bit of a beast).